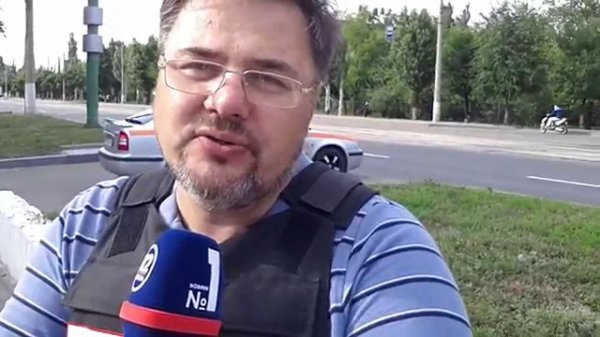 The acquittal in July 2016 of Ukrainian blogger and journalist Ruslan Kotsaba on charges of obstructing Ukraine’s Armed Services has been revoked and the case sent back for a new court hearing.  The June 1 ruling is extremely disappointing and has been described, by Kotsaba’s lawyer Tetyana Montian as an attempt to further delay the European Court of Human Rights’ judgement in Kotsaba’s case which is most unlikely to be in Ukraine’s favour.  At the moment it is unclear whether Kotsaba, who was declared Amnesty International’s first Ukrainian prisoner of conscience in 5 years, will be taken back into custody.

The High Specialised Court’s ruling will only be made public in a week.  Montan says that the reasons for the decision were purely procedural, linked with the fact that the Ivano-Frankivsk Court of Appeal had not allowed the prosecutor’s application to have certain evidence investigated.

She points out that the cassation appeal was with the court since August 29, 2016.  Ukraine’s Prosecutor General Yury Lutsenko had stated as soon as the acquittal was passed that his office would be lodging a cassation appeal.  After saying that he had no right to criticize any court ruling, Lutsenko did precisely that, asserting that independent ‘experts’ had found calls to disrupt mobilization in Kotsaba’s statements with this “putting the country’ defence capacity in doubt”.  He called Kotsaba’s actions “a challenge to the state”.

Lutsenko mentions only the lesser charge, under Article 114-1 § 1 of Ukraine’s Criminal Code, of obstructing the legitimate activities of the Armed Services, however the ruling now revoked from the Ivano-Frankivsk Court of Appeal had been over two appeals.  The defence had challenged Kotsaba’s conviction, while the prosecution had appealed against the first court’s acquittal on the charge under Article 111 § 1, namely, state treason.  The prosecution had asked that the charge be reinstated and Kotsaba sentenced to 13 years.

Kotsaba was freed in court on July 14, 2016, having spent 18 months in custody. He had been arrested on Feb 7, 2015 with the charges of treason and of obstruction being based on a video in which he opposed the mobilization drive in Ukraine, as well as on his cooperation with Russian pro-Kremlin media.

The video had, in fact, been seen by a very modest number of people until the SBU – Ukraine’s Security Service - made its author well-known.  By now it has been viewed by over 455 thousand people and remains freely available on YouTube.  No evidence was provided during the court hearings that anybody had been influenced by the video.  Yet the prosecution claimed that the video fell under Article 14 as being ‘subversive activities obstructing the armed forces”.

The blogger’s behaviour before his arrest, his apparent collaboration with the Russian media and the demonstrably false assertions he made then and continues to make now antagonize very many people.  There is no law preventing him from giving interviews to the Russian media, and none in a democratic country to stop a person from expressing repugnant views.