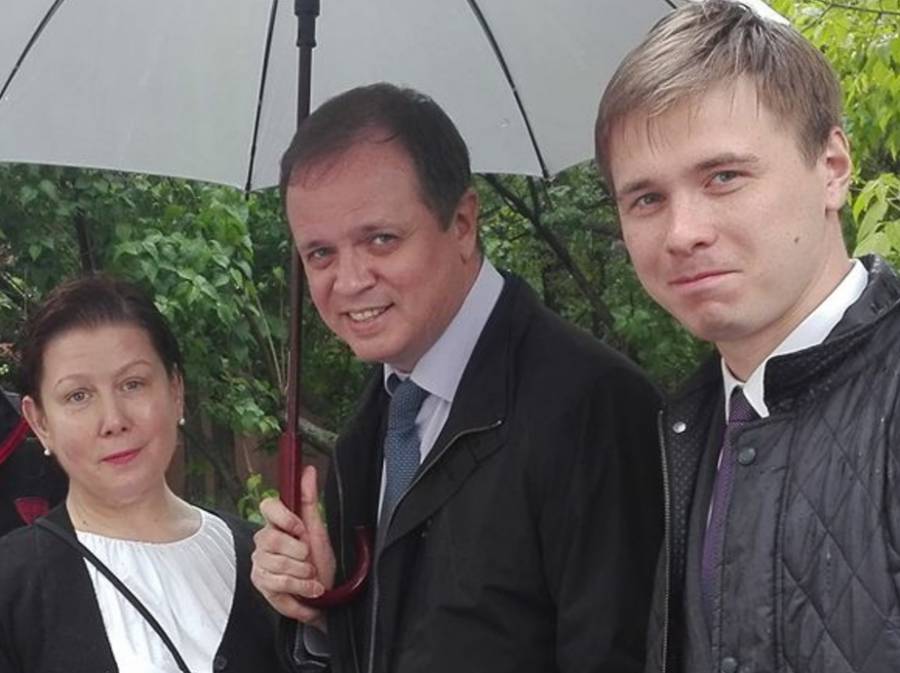 Natalya Sharina, a 59-year-old librarian has been convicted by a court in Moscow on an ‘extremism’ charge linked with material in the Ukrainian Literature Library, and on a far-fetched charge of squandering public money.  Given the current regime in Russia, the 4-year suspended sentence with a 4-year probation period is almost a ‘victory’, since it could undoubtedly have been much worse.

Sharina has, however,  been under extremely strict house arrest since late October 2015, with this now the subject of an application pending consideration at the European Court of Human Rights.  Back in October 2015, it was only thanks to Sharina’s lawyers Ivan Pavlov and Yevgeny Smirnov that she was not remanded in custody.  The house arrest was extreme:  she was prevented from leaving her flat at all, and prohibited from using any form of communication.  Pavlov noted, when reporting the application to the Court in Strasbourg that even remand prisoners get a walk outside and the right to correspondence. The renowned Memorial Human Rights Centre declared her to be a political prisoner shortly after her arrest.

On Oct 28, 2015, armed OMON riot police officers carried out searches of the Ukrainian Literature Library, Sharina’s home, as well as that of the Head of the Association of Ukrainians of Russia, Valery Semenenko.

Sharina was taken into custody, and held in appalling conditions for the next two days.  She was also badly injured while being taken by police van to the court.  The driver drove without applying his brakes into a ‘sleeping policeman’, causing Sharina to fall backwards and receive a serious spinal injury.  This can only have been exacerbated by the impossibility of seeking medical treatment and the lack of physical exercise.

Russia’s Investigative Committee reported that the then 58-year-old librarian was accused of ‘inciting national enmity or hatred, as well as of denigrating human dignity of a group of people on the grounds of nationality [i.e. Russians]” (Article 282 § 2b of the Russian Criminal Code).  The Investigative Committee asserted that from 2011-2015, Sharina, in her capacity as Director of the Library, had circulated prohibited books by Dmytro Korchynsky and added, without any further detail, that printed material had been removed containing “calls to anti-Russian state and anti-Russian propaganda”.

Both Sharina and her colleagues believe that the book by Korchynsky which was ’found’ must have been brought with the officers.  They say that it had been removed during a search of the library in 2010 and had not been returned.  At the time of Sharina’s arrest and the prosecutor’s attempt to have her remanded in custody, the only charge was based solely on this one book by Korchynsky.

The charge of incitement against a librarian for material allegedly held in the library is, in any case, grotesque, and is also in breach of Russia’s law on libraries which obliges librarians to hold all material which reaches the library.  It does not oblige them to familiarize themselves with all material held. There needs to be a deliberate act of propaganda to talk of incitement, etc., and none had been specified.

By the time the case came to trial, the ‘investigators’ had come up with 25 pieces of material, including three issues of a Ukrainian children’s journal removed during the original search of the library.  The prosecution’s ‘expert’ Yevgeny Tarasov noted criticism of the USSR’s actions with respect to Ukraine in some of the periodical journals and found extremism in the use of negative adjectives describing bodies of Soviet power and the actions of the Soviet regime (‘Russian imperialism’, ‘Soviet occupation’, and others).  He found extremism in one issue of the children’s journal Barvinok because of a story in which “the war in Ukraine is presented as a war between Ukraine and Russia which does not correspond with the facts ….”

A second charge was laid in early April 2016, probably because the extremism case was going so badly.  Sharina was charged under Article 160 (§ 3 & 4) over alleged “unwarranted payment of lawyers’ services from state funds and fictitious employment of two legal consultants.”  She was accused of having paid the lawyer representing her over previous charges laid in 2011 but later basically dropped, from state funds.  There were no grounds for the charges and Pavlov has pointed out that the fees in question were agreed with the Moscow Department of Culture.

Unfortunately, however, the person employed since January 2016 as Acting Director, Natalya Vidineyeva went along with the prosecution and claimed that she / the library were ‘aggrieved parties”.

In declaring Sharina a political prisoner, Memorial HRC noted that “the criminal proceedings against Natalya Sharina have taken place against the background of the anti-Ukrainian campaign continuing since Spring 2014 in the state-run media and in utterances made by public officials holding high posts in the Russian Federation’s leadership.  One of the parts of this campaign is to initiate criminal cases against citizens publicly expressing a position on what is happening in Ukraine that differs from the official position or in any way linked with Ukraine. In our opinion, it is specifically in the light of this anti-Ukrainian campaign that the case of Natalya Sharina should be viewed”.

Sharina’s conviction is absurd, but the fact that the sentence is suspended a relief.  It is unclear why those who take the decisions on such politically motivated cases decide to take a more lenient approach. Thus far, they are unyielding with respect to the 44 Ukrainians it is illegally holding prisoner on equally dubious charges in Russia or occupied Crimea.