Why would INTERPOL & Ukraine help Russia seize another political prisoner? 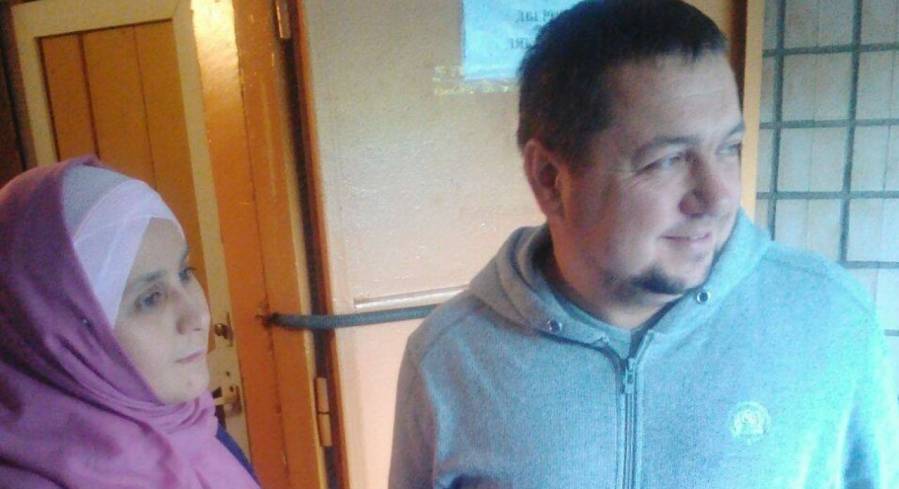 Ildar Valiev, a Kazan Tatar has been placed in detention in Odesa because Russia wants to imprison him on identical charges to those it is using against 19 Crimean Muslims, four of whom have already been declared political prisoners.  If the information from Hizb ut-Tahrir Ukraine and the Odesa paper Dumskaya.net are correct, then the role in this played by INTERPOL also raises a number of questions.

This is not the first time that Ukrainian law enforcement officials seem to be collaborating with the Russian Security Service [FSB], but it is surely one of the most disturbing.  The charges against Valiev may be under ‘terrorism’ in Russia’s criminal code, but that is only because Russia has labelled Hizb ut-Tahrir terrorist without ever providing an adequate explanation.  Russian courts regularly sentence men to huge prison sentences for no more than so-called ‘involvement’ in this pan-Islamic organization which is not known to have committed an act of terror or violence anywhere in the world.

Four Crimean Tatars whom Russia has illegally tried and imprisoned on the same charges are recognized by the authoritative Memorial Human Rights Centre as political prisoners, and it is only a question of time before the other 15 Ukrainian Muslims now held in indefinite custody in occupied Crimea also receive this status.

Yet on May 24, Valiev, who is reported to have been living with his wife and four children in Odesa, was detained at the airport passport control when trying to fly to Turkey on personal matters.   The reason given is that Russia has put him on the INTERPOL wanted list.  There is no information about him on INTERPOL’s website, however this is often the case, with border guards having a much more substantial list.

On May 26, judge Serhiy Zhukovsky from the Malynovsky District Court allowed an application for Valiev’s detention and ordered that he be remanded in custody for 2 months, pending decision as to extradition.  An appeal against this ruling, lodged by the office of the UN High Commissioner for Refugees, is due on June 8.

Ukraine’s own legislation prohibits Valiev’s extradition to Russia.  Article 589 of the Ukrainian Criminal Procedure Code states quite unequivocally that an extradition request should be rejected if the alleged ‘offence’ is not one for which punishment is envisaged by Ukrainian legislation.  In this case, no punishment could be envisaged as Hizb ut-Tahrir is legal in Ukraine.

Article 584 of the same code, however, does state that in considering the application, the judge does not examine the question of whether a person is guilty and does not check the legality of the procedural decisions taken by the other country.

Valiev has applied for refugee status in Ukraine, and the trials of the four Ukrainians already convicted, without any evidence and on the basis of a highly dubious ‘secret witness’, have given ample grounds for concluding that he would not face a fair trial in Russia.

It is, in fact, difficult to imagine how any such trial could be fair.  One of the reasons why the Memorial HRC considers all Muslims imprisoned solely for ‘involvement’ in Hizb ut-Tahrir to be political prisoners is that the Russian Supreme Court ruling in 2003 declaring Hizb ut-Tahrir ‘terrorist’ was not based on any legitimate grounds.  A Memorial expert, Vitaly Ponomaryov believes that Russia may have declared the organization terrorist to make it easier to extradite people to Uzbekistan where they almost certainly faced religious persecution and torture.

Other problems have also become quite clear from the cases involving 19 Ukrainian Muslims.  There is no proof that the men were even involved in Hizb ut-Tahrir, and in the cases of at least two of the men, there are very strong grounds for believing that their arrests were linked to their human rights or civic activism.  19 men, most with young families, are being held in appalling conditions with Russia recently quite arbitrarily deciding to add a further charge of ‘violent seizure of power in Russia’.

INTERPOL, if it has indeed placed Ildar Valiev on its wanted list, would be well-advised to re-consider such decisions in this case and any involving Hizb ut-Tahrir.  The word ‘terrorism’ is not enough to justify such lack of vigilance when Russia’s track record of repression is overwhelming.