Russian declared dangerously insane for supporting Ukraine & denying he’s a political prisonerRussian sentenced to forced psychiatric treatment for support of UkraineRussian gets 2 years for reposting that Crimea should be returned to UkraineRussian blogger gets 2-year sentence for reposting that Crimea is UkraineMore reprisals against Tatar leader jailed for criticizing Russian occupation of CrimeaSo can you annex a country’s territory & jail those who criticize this for ‘separatism’?3-year sentence for criticizing Putin and Russia’s annexation of Crimea5 years imprisonment for criticizing Crimean annexation and Putin?Poet labelled ‘terrorist’, flung off Wikipedia for verse in support of UkraineRussian teacher on trial for poem against annexation of CrimeaKaliningrad ’flag prisoners’ charged with insulting the veterans Moscow rejects7 years for raising flag in protest at Russian invasion of CrimeaKaliningrad FSB finds ‘deep offence’ in a German flagRussia, the improbable human rights crusaderPutin’s selective terrorismPro-Russian thugs beat up Ukrainian unity demonstrators – except on Russian TVArmed men cut off Ukrainian channels in DonbasDonetsk television station seized to provide "correct" - Russian - coverageMoscow’s “Voice of the People” in SlovyanskMurdered in Slovyansk
• Topics / News from the CIS countries 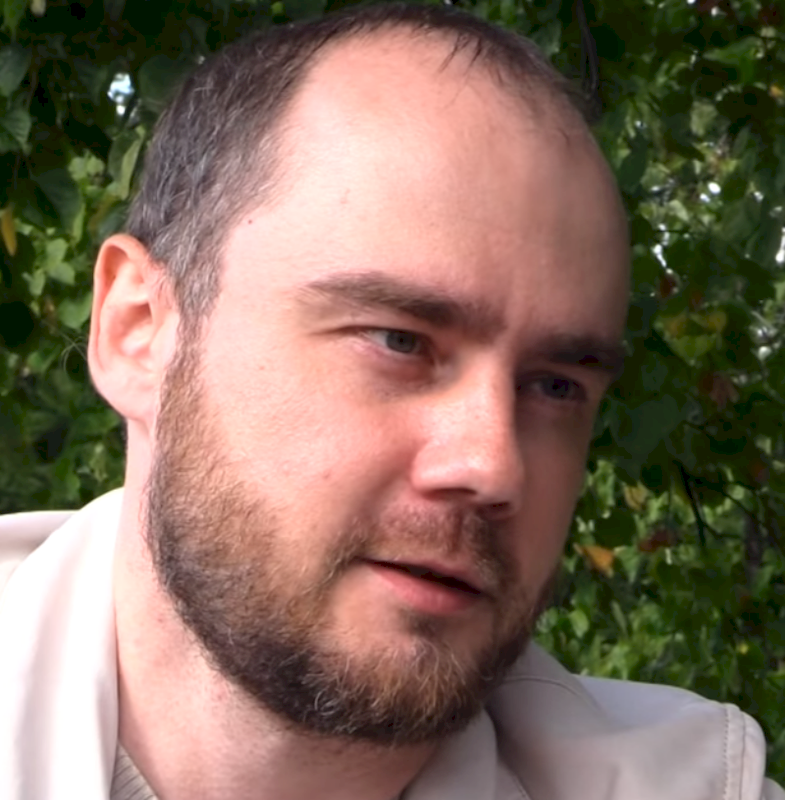 Alexei Moroshkin, a Chelyabinsk activist and recognized political prisoner, has been released after being held against his will in a psychiatric clinic since November 2015.  He was said to "no longer pose a danger to society’.  Any such danger has been disputed by, among others, the Memorial Human Rights Centre which believes Moroshkin was effectively imprisoned for his civic opposition activities and for his criticism of Russia’s hybrid war against Ukraine.

There may have been opposition to the release since the hospital’s decision that he should be freed was taken back on May 4, and the court ruling issued on June 1.

On Nov 19, 2015 Moroshkin was found guilty of so-called ‘public aims to action aimed at violating Russia’s territorial integrity via the Internet’ (Article 280.1 § 2).  The court, however, decided that he was suffering from ‘paranoid schizophrenia’ (‘deranged nonsense on reforms of a religious nature’) and ordered him to be confined in a psychiatric unit.  The family disputed this diagnosis which was based, in part, on false statements about his medical records. It is typical that the psychiatrist falsely claimed that Moroshkin had suffered from ‘sluggish schizophrenia’ in childhood.  This supposed condition was widely used in Soviet times in the punitive psychiatry used against dissidents.

Although Moroshkin was supposed to be unfit to serve a prison sentence, another criminal case continued while he was incarcerated in the psychiatric clinic.  The 36-year-old was accused of ‘vandalism’ for allegedly painting a bust of Lenin in Chelyabinsk in the colours of the Ukrainian flag.  He has denied involvement in this, and his mother earlier asserted that the ‘evidence’ produced was rigged.  It is unclear from reports whether this criminal prosecution has been terminated.

Memorial HRC declared Moroshkin a political prisoner almost a year ago, on July 11, 2016.  It found nothing to warrant his enforcement confinement and demanded his release.

Moroshkin had originally believed Russian propaganda and had set off on March 2, 2014, to take part in Russia’s aggression against Ukraine.  He was first active in Crimea, then took part in the failed attempt in Kharkiv to carry off seizures of official buildings like in Donbas, then fought in Donbas.  By early May, he had understood how mistaken this had been.  He began speaking out in support of Ukraine and back in Chelyabinsk created the VKontakte social network page ‘For a battling Ukraine! For Free Urals!’

Memorial was surely right in assuming that Moroshkin’s talk about creating a ‘Urals People’s Republic’ was, like similar civic initiatives in Kuban and Siberia, aimed solely at highlighting Russia’s hypocrisy in financing and manning ‘separatism’ in Eastern Ukraine, and the so-called ‘Donetsk and Luhansk people’s republics’.  Moroshkin also reposted a Forbes.ru article on a Moscow conference on separatism, and on how Russia sponsors separatist movements everywhere in the world, while imprisoning those it accuses of Russian separatism.

Memorial noted that there was no evidence of any danger to society, and concluded that the real motives were his civic activities and opposition to Russia’s war against Ukraine.  They pointed out that the court had cited a witness who had supposedly be outraged that Moroshkin was allegedly “calling on people to protest against the legitimate regime and trying to place the blame for events in Eastern Ukraine on the current leadership of our country”.

Moroshkin was arrested in August 2015 and thus spent almost two years deprived of his liberty.   In October 2016 he was unexpectedly transferred to a different psychiatric ward with seriously ill patients.

The likely reason is chilling.  Back on Sept 15, the Chelyabinsk Regional Court ordered a second psychiatric assessment after the psychiatrist treating Moroshkin stated that he did not require hospital treatment.  This was clearly not the assessment the doctor was supposed to provide, and another one was carried out on Sept 28.

Tatyana Moroshkina says that that later ‘assessment’ essentially constituted criticism of the Memorial Human Rights Centre’s statement declaring her son a political prisoner.  The doctors demanded that Moroshkin reject the Memorial assessment and instead say that he was ill, and needed to be given invalid status.

The fact that Moroshkin refused to do this was deemed, just like in Soviet times, to be a sign of psychiatric illness.