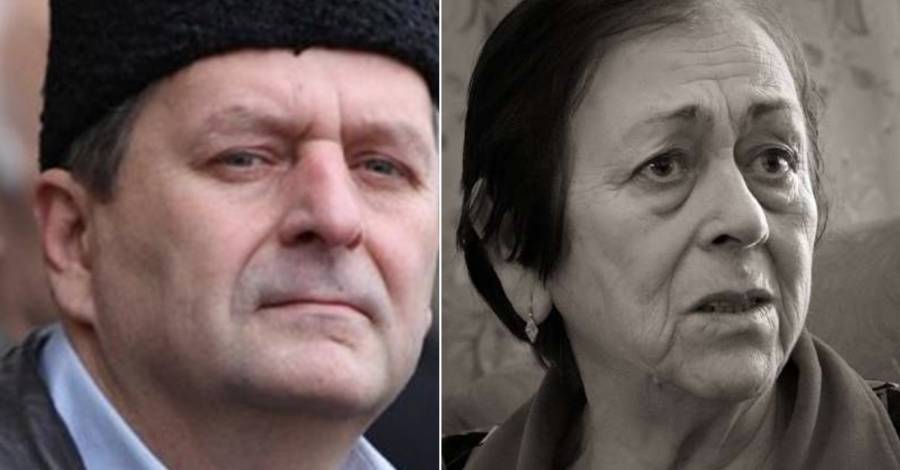 There were numerous questions regarding Ukrainian political prisoners that should have been put to Russian President Vladimir Putin at his ‘direct phone-in’ on June 15.  There was one demand that is of critical urgency.

Russia has imprisoned Crimean Tatar Mejlis leader Akhtem Chiygoz on legally nonsensical charges and is now refusing to allow him to see his dying mother.  Aliye Abduraimovna has cancer and doctors believe it is a question of days or weeks, no longer.

Whatever reasons Russia has for its politically motivated imprisonment of Chiygoz, his elderly mother has not seen her son in two years.

It is an act of barbaric cruelty to prevent her from seeing him before she dies.

On June 15, the High Court in Crimea under Russian control rejected the latest application from Chiygoz’s lawyers for Chiygoz to be taken – under convoy – to see his mother for the last time.   There can be no reason for such a refusal which is in flagrant violation of international humanitarian law.

PLEASE contact politicians and the media in your country.  Share this information on social networks and Twitter.  Ask others to help put pressure on Moscow to allow a dying woman to embrace her son whom she has been prevented from seeing for two years.

Akhtem Chiygoz was arrested on Jan 29, 2015 on charges relating to a demonstration on Ukrainian territory and under Ukrainian law.  There are strong reasons for believing that the huge demnstration outside the Crimean parliament on 26 February 2014 prevented Russia’s attempt to carry off an effective coup without the obvious use of Russian soldiers.  This may anger those in the Kremlin, but it cannot change the fact that Russia has no jurisdiction to prosecute somebody for a demonstration on another country’s territory.

The actual charges are also absurd since there was simply no ‘riot’ that day, and there is a huge amount of video footage showing Chiygoz seeking only to calm hotheads and prevent confrontations between opposing sides.

The ‘case’ is also openly targeting only Crimean Tatars, though the videos often show that it was the pro-Russian activists who deliberately provoked trouble.

52-year-old Chiygoz is now prevented from even attending his own ‘trial’.

He and two of the other Crimean Tatars charged with this pre-annexation demonstration  – Ali Asanov and Mustafa Degermendzhy – have been recognized as political prisoners by the Memorial Human Rights Centre, and their release has been repeatedly demanded by EU bodies, the Parliamentary Assembly of the Council of Europe, OSCE, Amnesty International and individual countries.

More details here:  Jailed for proving that Crimea did not ask for annexation  and Kremlin-Installed Crimean Leader Admits Preparations for Armed Uprising