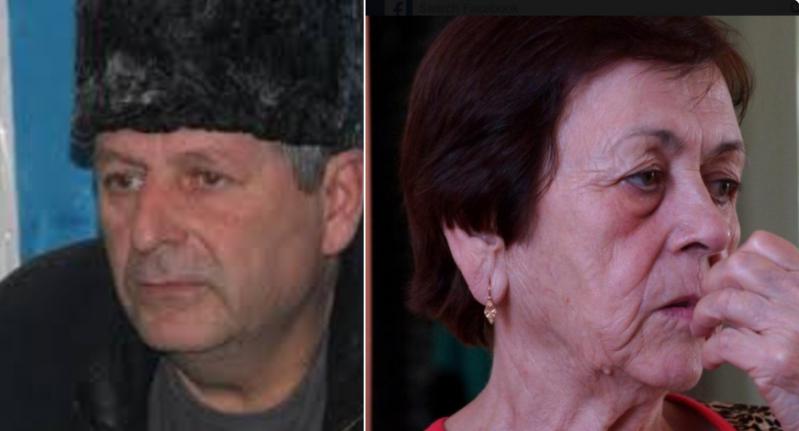 Jailed Crimean Tatar Mejlis leader Akhtem Chiygoz was allowed a meeting lasting only 10 minutes on Tuesday with his mother who is dying of cancer.  Russia finally relented to that barest modicum of humanity after almost two weeks of rejecting any calls, despite the critical urgency of the situation.

Chiygoz was taken secretly away from the Simferopol SIZO [remand prison] during the break in his ‘trial’, which he is prevented from attending in person.  He was driven, surrounded by plain-clothed FSB officers to his parents’ home in Bakhchysarai for the cruelly brief final parting.

Akhtem Chiygoz has passed on his gratitude to all those who helped make this meeting, that should never have been in question, possible.

The degree of inhumanity needed to so torture a dying woman and her son put all other considerations aside, however it is well to recall the likely revenge motive of this entire ‘trial’.

Chiygoz has been in custody since January 2015 facing charges of ‘organizing a mass riot’.  The prosecution is in breach even of Russian law since the charges pertain to a pre-annexation demonstration on February 26, 2014, over which Russia can have no jurisdiction.

There were no riots that day, just a demonstration which prevented Russia from carrying out an effective coup in Crimea without the deployment of troops. Russian soldiers without insignia but with plenty of weapons seized control earlier on February 27.

It is clear that the Crimean Tatar Mejlis thus thwarted the Kremlin’s plans, and both the Mejlis and individual members have since paid a high price.

There are no grounds for any prosecution of Chiygoz, Ali Asanov, Mustafa Degermendzhy and several other Crimean Tatars on trial, and there is also no clarity as to exactly they are charged with.   There are hours of video footage available, as well as independent witnesses and all confirm the lack of any substance to charges against any of the men.  This did not stop Russian-controlled courts from holding Asanov, a father of four and sole breadwinner and Degermendzhy in prison for over 2 years, with them still held under house arrest.

There is clearly no intention to release Chiygoz, and until June 20, his mother had not seen Akhtem for two years.

This ‘trial’ is overly racist, in that only Crimean Tatars are targeted, although there were many others present that day.  This is among the very many reasons why the Memorial Human Rights Centre has declared Chiygoz, Asanov and Degermendzhy political prisoners and demanded an end to their persecution.

Nor is there really any pretence of legality.  In May, for example, the ‘court’ rejected the defence’s application for Refat Chubarov to give testimony.  It was better to show overt contempt for the right to a fair trial by refusing to question the most important witness, than to risk the incriminating details Chubarov would provide regarding Russia’s invasion of Crimea.

Chubarov has long spoken of how the demonstration on Feb 26, 2014 forced Russia to dirty its hands, thus incurring sanctions and international condemnation.  The tactics Chubarov has suggested are effectively confirmed by the ‘Glazyev tapes’ -  taped conversations intercepted between Sergei Glazyev, a close adviser to Russian President Vladimir Putin, and other figures, regarding events in Crimea and Eastern Ukraine.  The conversations focus a great deal on the need to orchestrate ground-level support, and to persuade local councils to hold special sessions asking for help from Russia.

After initially denying that the soldiers who had seized control in Crimea were Russian, Putin changed his story, claiming that the process of what he called ‘returning Crimea to Russia’ had begun on Feb 23, immediately after Ukrainian President Viktor Yanukovych fled.

That too is false.  Former Russian military intelligence officer Igor Girkin [Strelkov], who played a major role admitted to having arrived in Crimea on Feb 21, before Yanukovych fled.

It was the Crimean Tatar Mejlis who brought Crimean Tatars and other Ukrainians out and prevented this supposed ‘vote’ changing Crimea’s status.