Crimean Tatar National Flag Day passed without arrests in Russian-occupied Crimea this year, but each group of people who joined together in flash mobs and other gatherings knew that they could face detention, fines, or harassment later. Nor could any Crimean Tatar with an active civic position be unaware of the danger since June 26 was also the 41st birthday of Emir-Usein Kuku, a human rights activist who has been held in detention since February 2017 on fabricated charges.

Despite detentions and fines for no more than driving with the Crimean Tatar flag on May 18, the anniversary of the Deportation, many Crimean Tatars cane together around the flag on June 26, near Feodosia, Bakhchysarai and other places.  In the Feodosia region, for example, activists prepared a video to mark the festival, with children, their parents, teachers and activists taking part in a huge flash mob, with poetry reading, folk dances, and much more around the flag.

As Zair Akadyrov reports, there is another side to the new rules and restrictions.  Crimean Tatars can no longer gather as in previous times on major city squares, but they are still able to go together outside the city and spend time discussing important issues, making plans.  This has a motivating effect, he says, and notes that this year, he saw how people from totally different youth projects, former and current, came together for the first time in the last three years.  The Crimean Tatar National Flag Day is thus a uniting force.

It is also a deeply poignant occasion for many Crimean Tatars living in forced exile away from Crimea, including Eskender Bariev, a Crimean Tatar activist and member of the Mejlis, who first initiated this relatively new festival in 2007.  He is now forced to live in Kyiv, as are the Head of the Mejlis Refat Chubarov and veteran Crimean Tatar leader Mustafa Dzhemilev, both of whom have been banned from their homeland.

Refat Chubarov reports that he has not seen his 84-year-old mother since Russia’s ban in July 2014.  She was 11 years old when, together with the entire Crimean Tatar people, she was forced from her home.  Now she resists all her son’s pleas that she visit him in Kyiv.  She is frightened that she too would be stopped from returning and wants to be buried in her native Crimea.

The day, which should be a doubly joyful event, was undoubtedly hardest for Emir-Usein Kuku, his wife Meryem and their two children – Bekir and Safiyeka.

Kuku is the son of a veteran of the Crimean Tatar national movement.  When, within months of Russia’s invasion of Crimea, young Crimean Tatars begin disappearing without trace and armed Russian police carried out searches of homes and mosques, Kuku reacted by joining the Crimean Contact Group on Human Rights.  He was responsible for monitoring rights abuse in the Yalta region.

His arrest, together with five other Muslims, in early 2016 and the charges he is now facing are particularly unconvincing because Kuku had already been targeted for well over a year with only the accusations and methods varying.  He was almost certainly also the victim of an aborted abduction attempt which turned into an FSB ‘search’ after people heard his cries for help and came running.

“My son is guilty only of being a member of a human rights organization and refusing to collaborate with an investigator from the Yalta FSB who demanded that he provide help in identifying ‘terrorists’ who didn’t exist and couldn’t exist among our people in Crimea.” 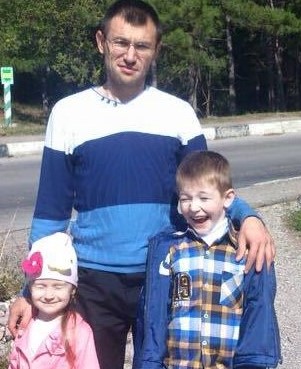 Even Kuku’s children have faced harassment from the FSB.

The persecution here too has not had the effect Russia doubtless wanted.  Crimean Tatars have united to help the families, and 64 children of the Crimeans Russia is illegally holding prisoner in occupied Crimea or Russia.

The detained men themselves: Kuku; Muslim Aliev; Enver Bekirov; Vadim Siruk; Refat Alimov and Arsen Dzhepparov have presented a united front, with all refusing to collaborate with the ‘prosecution’ by giving false testimony.

Russia has taken to holding detention extension hearings behind closed doors, with this causing even further pain to the men’s families who are prevented from even seeing them in court or by video link from the remand prison.

The reason is surely that the men and their lawyers remain unbroken and willing to demonstrate the fabricated nature of the entire case.

On June 22, Emil Kurbedinov, Vadim Siruk’s lawyer, reported that the ‘prosecutor’ had, before the hearing into the appeal brought against Siruk’s extended detention, said that Kurbedinov and Siruk “should move to another country since we don’t trust the ‘system’.

“I don’t know where the prosecutor is from”, Kurbedinov wrote: “but Vadim and I are at home here!”