Amnesty International’s 4 August statement. A response by the “Tribunal for Putin” initiativeRussia hides all details about soldiers killed in Ukraine as a ‘state secret’ Not Putin alone. Majority of Russians surveyed have no problem with Russia’s carnage and destruction in Ukraine Putin’s new Russian ‘citizenship’ decree demonstrates plans to annex much more Ukrainian territoryRussia uses collaborators to ‘ask Putin’ for annexation of entire Kherson oblast Even in Russia, Putin’s ‘denazification’ claims prove no excuse for war against UkraineGlobal Initiative ‘Breaking the Vicious Circle of Russia’s Impunity for Its War Crimes’ (also known as ‘Tribunal for Putin’)Ukrainian survivors of the Holocaust demand Putin and Russia get out of Ukraine Putin miscalculated. Russia is fighting “an army of 40 million Ukrainians” Chief Rabbi of Ukraine demolishes Putin’s excuse for Russia’s invasion Putin will continue attacking until Russia is stopped. Help Ukraine defend its freedom today!Donbas ‘conscripts’ into Russia’s army could be deployed to fight Ukrainians Putin ramps up aggression against Ukraine through so-called ‘Russian citizens’ in occupied Donbas Ukrainians in imminent danger of losing their land and homes in Russian-occupied Crimea Putin’s new law envisages annexing other countries" territory as grounds for Russian citizenshipKey Donbas militant asserts that Russia killed ‘Donetsk republic’ leader appointed by Putin aideRussia’s war against Ukraine is just ‘physics’, former Putin aide assertsYanukovych phoned Russian President Putin 12 times during the mass killings on Maidan Putin signs decree to let Ukrainian traitors and fugitives from justice hold public office in RussiaRussia did not invade Crimea in new school textbooks edited by Putin adviser
• Topics / Politics and human rights

How History Will Remember Vladimir Putin 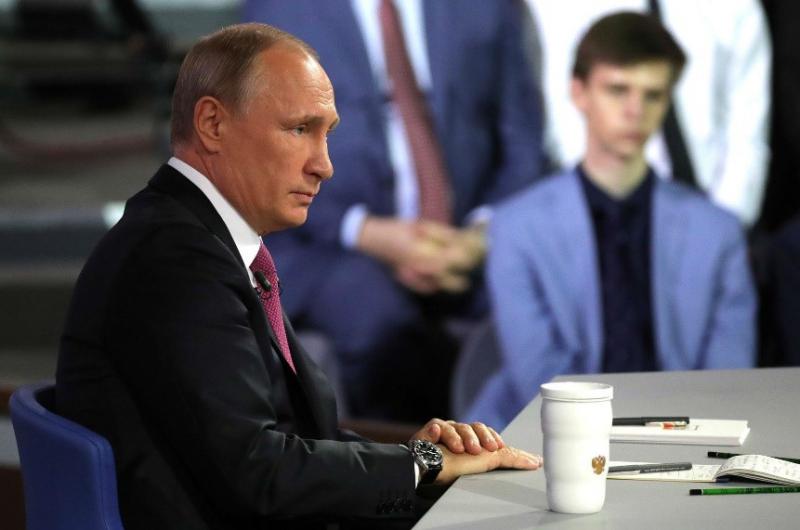 To paraphrase Pravda in 1929, Putin is the Stalin of today. Nobody since Stalin’s death has achieved such longevity or uncontested power over Russia as Putin has. Nevertheless, tomorrow he may be remembered as the Brezhnev of today, for he has presided over a galloping stagnation of the economy and public morality. At the same time, like many former Russian leaders—including Brezhnev, Stalin, and Nicholas I—he seeks to imprison Russia in a straightjacket of repression and mandated official thinking that glorifies autocracy and Russian state nationalism.

Under Nicholas I, this system was called “official nationality” and it put Russia into an ice age during the last years of his reign. Other despots like Alexander III, Stalin, and Brezhnev presided over such stagnation after they refused to make any reforms that might weaken their leadership and it became clear that their governments had nothing to offer. The results of such policies are well known to Russian historians and observers and are of particular significance on this centennial anniversary of the Russian Revolution of 1917. Today, the same phenomenon is apparent under Putin.

Nevertheless, recent trends suggest that the pressure inside Putin’s regime is growing steadily. The generational and geographic scope of the anti-regime demonstrations of June 12 and at his June 15 call-in show point to a widespread disenchantment with Putin’s regime among the most volatile generation: the young. This is everywhere and always a dangerous sign for the stability of despots. Nor is dissatisfaction confined to the intelligentsia or professional classes, as the increase in strikes in the last few years—including the ongoing truckers’ strike—as well as growing emigration and the increasing demographic, health, and economic crises suggest.

There is reason to suspect that the stagnation will worsen, intensify, and potentially result in a sudden upheaval based on an unexpected incident or crisis. This upheaval may not constitute a revolution, but it will be a shock to the system and belie the government’s efforts to assure everyone that Russia is on the right track domestically.

Many analysts in the West and in Russia dispute this formulation, even if they acknowledge the scope of the overall crisis. They invoke public opinion polls, Russians’ capacity for endurance and suffering, the absence of alternative leadership, the strength of repression, and the weakness of the opposition. All of these are factors that must be taken into account. However, none of them appears to have convinced the key audience that the regime can simply ignore the mounting protests.

That audience, of course, is Vladimir Putin. The increasing intensity, pervasiveness, and coerciveness of repressive activity strongly suggests that he feels the ground shifting beneath his feet. Perhaps the most telling example of the regime’s fears can be found in recent decrees outlining the subordination of the Russian Army to the forces of the National Guard, as the latter organization attempts to fulfill its mission to forcefully suppress unrest. The National Guard, a force of about 400,000, may be likened to the Praetorian Guard in ancient Rome, whose mission was protection of the Emperor. Their function is to protect Putin and his regime. This guard exists alongside the regular forces of the Ministry of Interior, FSB, border, railroad, regular army troops, and hundreds of thousands of other paramilitary forces.

The potential subordination of the army to the guard is, as Russian observers note, unprecedented in Russian history. It graphically underscores just how afraid the regime is of its own people and how it is prepared to drown any unrest in blood. In other words, Putin is not only prepared to wage wars of aggression against Russia’s neighbors and potentially members of NATO, he is also getting ready to wage war against his own people. Putin and his entourage have no intention of emulating Gorbachev and leaving without a fight. Instead, they will defend their kleptocracy with force. The increasing militarization inherent in these new decrees, other forms of repression, spending priorities on defense, and the refusal to abandon the current economic structure that provides maximum rents to the elite is powerful evidence that the regime does not believe its own story about its prospects for stability.

In this respect, Putin’s determination to impose his regime upon Russia well into the future even surpasses that of Brezhnev and his Tsarist forbears. Stalin, of course, remains in a class by himself, making the analogy at the beginning of this article even more telling. Historians write that Nicholas I’s regime was a mistake, and that Stalin’s reign was a catastrophe for the Soviet people. What verdict will historians give of a would-be Tsar who has shown that he is prepared to inflict a strategy of last resort upon his citizens? If the collapse of the USSR was a major catastrophe of the twentieth century, what can we say about what looks to be the increasingly inevitable collapse of Putinism?

Stephen Blank is a senior fellow at the American Foreign Policy Council.