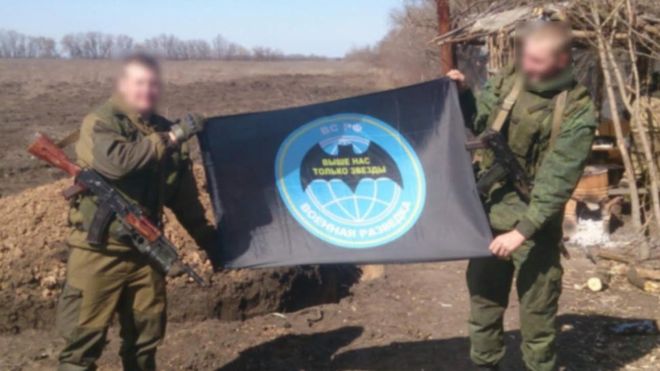 Another Russian soldier whose active combat in Ukraine is denied by Moscow has been captured in the Luhansk oblast after a battle in which his fellow Russian soldier was killed.  Russia’s attempts to deny that Viktor Ageyev is a current contract soldier are refuted by the 22-year-old’s mother, friends and former soldier colleagues.  They have informed the BBC Russian Service that Ageyev returned to the Russian Army after military service, and signed a contract in March 2017.

Sources in Ukraine’s Defence Ministry report that Ageyev was captured on June 24 near the village Zhelobok in the Luhansk oblast, after a clash between Ukrainian soldiers and a sabotage and intelligence unit from the self-proclaimed Luhansk people’s republic [LPR].

According to the commander of the Ukrainian unit, Vladyslav Klochkov, the LPR sabotage group was led by a Russian officer, Captain Aleksandr Shcherba (codename Alex).  It attempted to penetrate the area where the Ukrainian brigade was located, with this detected and prevented.  Klochkov reports that the fighters were ordered to surrender, but that Shcherbak and a sniper attempted to shoot their way out and were killed.  Four men were captured, including the 22-year-old Russian citizen from the Altai region, together with his weapons, used only in the Russian Army.

The BBC has tried to track Ageyev’s military background and run up against evasive answers or been told to put their requests in writing.

It has spoken with two former colleagues of Ageyev, one of whom agreed to speak to them on condition of anonymity.  He confirmed that both had finished military service in 2016, but that Ageyev had later gone on to serve under contract in military intelligence.  He says that the young man had wanted to sign a contract for a different unit, and he doesn’t know how that worked out.

Ageyev himself wrote on his VKontakte page on April 1 this year that he had become a contract solder.  The BBC explains that he did not have an account under his own name, but that his friends had confirmed that the post was from him.  He was, for example, in an LPR fighters’ group.

Under his own name in the social network ‘Odnoklassniki’, he posted photos in April and May with military intelligence symbols, as well as several photos in military gear without insignia but with weapons.

The BBC has also seen correspondence between Ageyev and a former co-conscript.  In it, Ageyev is directly asked if he is in Ukraine and says yes.  When asked what he’s doing there, he answers: “I’m a contract soldier.  They pay enough”.

Svetlana Ageyeva recognized the documents made public by the Ukrainian Military as being from her son.  She told the BBC that she is worried because he hasn’t been in touch for a long time, and says that she spoke with him last on May 30.

According to her, Ageyev signed a contract on March 18, with the place where he was to be posted – Bataisk in the Rostov oblast (which borders Ukraine).

She told the BBC that nobody from the military command had been in touch with her.

This has doubtless changed by now.  Judging by many other occasions, it is likely that pressure will be put on Svetlana Ageyeva to either change her story or to stop communicating with the press altogether.

As of Wednesday afternoon, the Russian Defence Ministry, which had earlier refused to comment, had denied everything in the BBC’s report.  They claim that Ageyev ended his military service in May 2016 and never served as a contract soldier.

They also seem to have sped into action to cover up their and Ageyev’s tracks.  InformNapalm asserts that on June 28 Russia’s security service [FSB] changed Ageyev’s page on VKontakte to the name of Vitaly Popov, with a few other changes, including to date of birth made, and some photos removed.  The InformNapalm journalists have used the Yandex search engine’s cache to recover and take screen shots of some of the deleted / edited items, which can be seen in their video here.  Indeed, if you press on the Google address for Viktor Ageyev, an updated page appears in the name of Popov.

In May 2015, two Russian military intelligence officers - Yevgeny Yerofeyev and Aleksandr Aleksandrov – were also seized after a battle in the Luhansk oblast, during which a Ukrainian soldier was killed.  The two men told all those who visited them in hospital, including a Russian Novaya Gazeta journalist and a member of the Russian Human Rights Council, that they were serving Russian military officers.  They gave this information freely and without Ukrainians present in the room.

Both men were devastated by the effective isolation, with their families back home not answering the phone.  Gradually, first one (Yerofeyev) and then both changed their story to fit that given by the Russian Defence Ministry.  They were later exchanged for Ukrainian MP and political prisoner Nadiya Savchenko (details here).

Valentina Melnykova, Head of the Union of Russian Soldiers’ Mothers Committees, recently told Ukraine’s TV 112 that the war in Donbas is the first war she is aware of where the families of young men killed are not approaching the committees for help.  She suggested that the families were probably getting ‘insurance’ payments, but said that for her it was hard to understand “why Russian families agreed so easily to this silence, to this anonymity”.

This secrecy is in part enforced by President Vladimir Putin’s decree in May 2015 classifying information about Russian military losses during “special operations in peacetime” as secret.  It has resulted in a situation where nobody has any real idea how many Russian soldiers or other Russians (mercenaries, ‘volunteers’) have died in eastern Ukraine  (see: Russia uses money and threat of prosecution to hide Russian soldiers’ deaths in Ukraine)