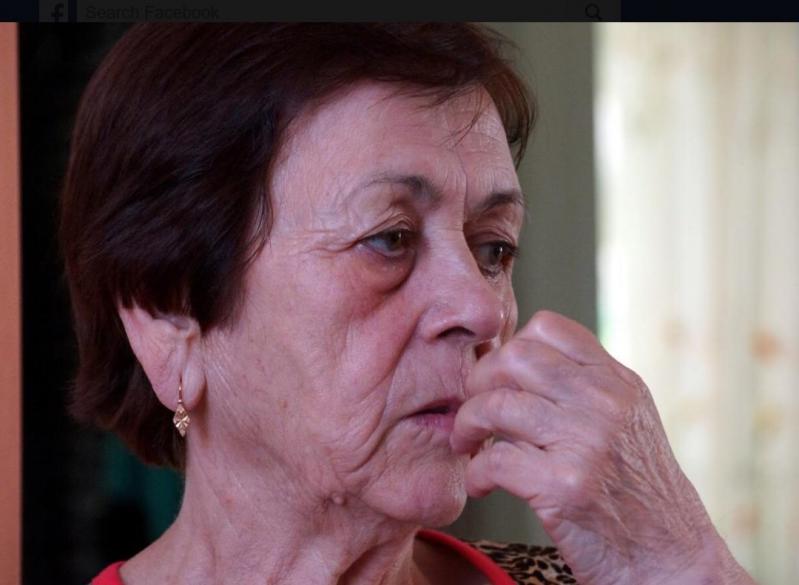 It is a son’s duty to lay his mother to rest.  Russia had allowed Crimean Tatar political prisoner Akhtem Chiygoz to see his dying mother for just ten minutes two weeks ago, and it has now prevented him from attending her funeral.  On Sunday, Nariman Dzhelyal called on all Crimean Tatars to bid farewell to Aliye Abduraimovna in her son’s place.  “They will be frightened to bring him to his mother’s funeral, and therefore we will carry out his duty, the duty of every Muslim. I will be Akhtem Chiygoz!  And you will be!”

Crimean Tatars came, almost certainly from all over Crimea, to Bakhchysarai to pay their respects to Aliye Chiygoz.  Alyona Savchuk, who knew her as an “intelligent, honest, uncompromising and infinitely patient woman” recalls the following poignant words:

“For me it is very important that my son, a patriot of his people has been held in prison for two years without any guilt at the will of Russia.  I would say a lot more, but they could revenge themselves for my words on him.  There will come a day and I will say everything.  Crimea will become the grave for Putin’s Russia.  I don’t even want to call this entity a state, as it has relinquished any respect from the entire world. Let them imprison me, in my old age, for these words, I’m not afraid of them.  If I survive, I will say much worse.  There is nothing to love Russia for in my homeland”.

The SIZO or remand prison where Akhtem Chiygoz, Deputy Head of the Crimean Tatar Mejlis [representative assembly] has been illegally held prisoner now for almost two and a half years, refused to accept his wife’s application for him to be allowed to attend the funeral.  Russia thus proved itself too craven to even formally reject the application, using an excuse that convinced nobody.

Chiygoz’s lawyer, Nikolai Polozov addressed an appeal to the Russian Human Rights Ombudsperson and head of the Presidential Human Rights Council, but nothing worked.

Chiygoz has long been recognized as a political prisoner, and nobody is in any doubt, as Polozov puts it, that it is the Kremlin who passes sentence, not the court.  It is the Kremlin and Russian President Vladimir Putin who decide also to show such contempt for fundamental humanity.

Chiygoz was arrested on January 29, 2015 on charges that demonstrate similar contempt for the law.  He is accused of ‘organizing’ a mass riot over a demonstration that took place on February 26, 2014, on Ukrainian territory and under Ukrainian law.

There was no mass riot, and Akhtem Chiygoz can be seen in all video footage, and this is a lot, consistently seeking to prevent conflict.

Even had there been any substance to the charges, Russia would still be breaching its own legislation by charging Chiygoz, Ali Asanov, Mustafa Degermendzhy and several other Crimean Tatars with alleged offences over which it has no jurisdiction.

There are extremely strong grounds for concluding that Chiygoz is in prison; the Mejlis banned, and Crimean Tatars facing mounting repression because the demonstration on February 26, 2014, organized by Mejlis leaders, prevented the planned ‘extraordinary session’ intended to illegally change Crimea’s status and therefore foiled the Kremlin’s plan to carry off a coup without the deployment of Russian troops.  Soldiers without insignia invaded the following morning.

See:  Jailed for proving that Crimea did not ask for annexation

Deepest sympathy for all the Chiygoz family.