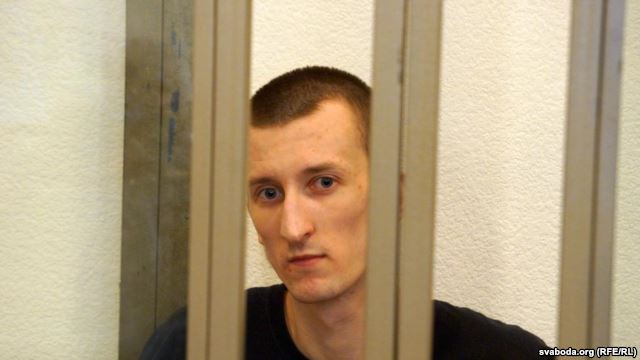 Oleksandr Kolchenko is one of at least 45 Ukrainians illegally held prisoner in Russia or Russian-occupied Crimea. He and Ukrainian filmmaker Oleg Sentsov need our letters of support, and our advocacy with politicians and the media to ensure international pressure on Russia to release them.

Oleksandr Kolchenko is a left wing civic activist who opposed Russia’s invasion of Crimea. Now 27, he has been imprisoned in Russia for over three years. His trial and 10-year sentence were internationally condemned.

He was arrested on 18 May 2014, soon after Ukrainian filmmaker Oleg Sentsov and two other Ukrainians: Gennady Afanasyev and Oleksiy Chirniy.

Russia is also claiming that Kolchenko and Sentsov ‘automatically’ became Russian citizens.  Both have rejected this, and an application with the European Court of Human Rights has been lodged on Kolchenko’s behalf.

Please write to Oleksandr (Sasha) Kolchenko who, also in breach of international law, is being held thousands of kilometres from his home (see advice on letters).

Kolchenko, Alexander Alexandrovych, born 1989  [the Russified form of his name and patronymic have more chance of getting through]