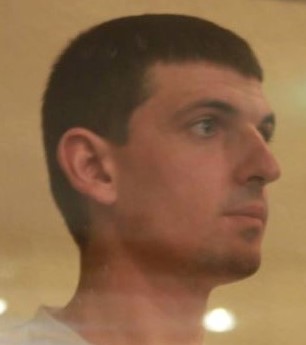 Crimean Tatar Rustem Vaitov is one of the ’Sevastopol 4’, the first four Ukrainian Muslims to have been arrested in Russian-occupied Crimea and later sentenced by a Russian court to five years or, in one case, much more for unproven ‘involvement’ in the peaceful Hizb ut-Tahrir organization which is legal in Ukraine.

Vaitov turned 31 on July 28, his third year in Russian imprisonment, first in occupied Crimea, then in Russia.  He is an ecologist by profession, but had been working as a builder near his home in Sevastopol. His wife, Aliye Padosheva, gave birth to their first child, a daughter, shortly after his arrest.

He was arrested, together with Ruslan Zeytullaev and Nuri Primov on January 23, 2015, with Ferat Saifullaev taken prisoner in April that year.

There were gross irregularities even during the detention hearings, and the four men were prevented from being represented, as they wished, by lawyer Emil Kurbedinov. There were overt attempts to intimidate people coming to the detention hearings to show solidarity, with a police officer even wandering around videoing those present.

Even the judges at the Rostov Military Court (in Russia) balked at providing the sentences demanded. Lacking the courage to acquit the men, they sentenced Saifullaev. Vaitov and Primov to the minimum 5 years possible under the article of the criminal code, and reclassified the charge against Zeytullaev to ‘involvement’.  The FSB required an ‘organizer’ and challenged the latter ruling, with a second court proving more compliant, though still sentencing Zeytullaev to 12 years, not the original 7 and not the 17 demanded by the prosecution.  The prosecutor  challenged that ruling as well and on July 27,  Russia’s Supreme Court added three years to the sentence.  All four men’s convictions are already or, in Zeytullaev’s case will now be, the subject of applications to the European Court of Human Rights. .

Please write to Rustem.  If it is difficult to write in Russian, even the message below, perhaps with a photo would still tell him and Russia that he is not forgotten.

[Hello, I wish you good health, courage and patience and hope that you will soon be released. You are not forgotten]