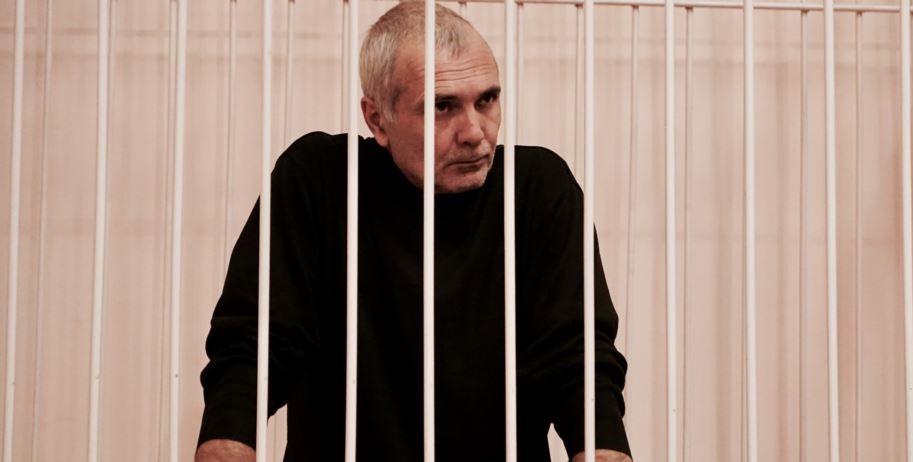 Crimean journalist Alexei Nazimov, who has been in detention since October 2016 on questionable and suspiciously fluid charges, has reported being beaten and subjected to other forms of gross ill-treatment from convoy guards taking him to and from the court.

His lawyer Alexei Ladin recently reported that Nazimov and Alushta politician Pavel Stepanchenko are refused any food or drink during days when they are due in court for the largely automatic detention extensions or appeals against them.  On July 19, after Nazimov again demanded an end to this form of torture, he says, that two convoy officers burst into the ‘cage’ in the court where he was reading the case material.  The men pinned his arms behind his back and threw him down on the bench, then dragged him into the courtroom where they forced him to the floor with his head down, and sat on him for around 10 minutes.

During that period, the court secretary walked into the room and asked whether Nazimov would be continuing to read the case material.  She must have seen why the journalist was unable to answer her question, yet simply left the room.

He was then dragged out and thrown into the police van where one of the convoy officers dealt him several blows to the head.

He was held, with his hands behind his back in handcuffs, in an enclosed part of the police van of around half a metre squared, with height of 1.6 metres (much lower than his height), for around 5 hours, before then being driven for another hour to the Simferopol SIZO.   As reported, the conditions in that SIZO, or remand prison, are also appalling.

Nazimov demanded to see the SIZO doctor in order to get the ill-treatment recorded.  His allegations were videoed, however the doctor chose to not ‘notice’ either the clear bruising under his left eye or the marks on his wrists from the handcuffs. Complaints of severe pain in the head, arms and over his entire body were also ignored.

The charges against Nazimov and Stepanchenko arouse many questions, not least because they keep changing. They are basically accused of extorting money for agreeing not to publish compromising information in a newspaper that had long ceased publication. Neither this, nor other questionable aspects of the case, have prevented a Russian-controlled court from remanding and holding them in custody.  Both

Three men were detained on October 4, 2016: Nazimov, editor of ‘Your Newspaper’, Stepanchenko, and a cameraman for the newspaper Andrei Oblezov.  The latter is not mentioned in the report from the Investigative Committee on Oct 6.  The investigators claim that Nazimov tried to extort 150 thousand roubles from a member of the United Russia party for not publishing defamatory information about him and the party. Stepanchenko, as a council deputy, was supposed to convince his colleague to pay the money.  Nazimov and Oblezov were allegedly arrested while handed over the money.

As mentioned, the court both then and later has ignored the fact that the print version of the paper had stopped being issued in 2015, and that the money which Nazimov had on him when detained was provably intended for a number of Internet advertisements.  The amount was also not so very large – around 2,675 USD.

Back in late March 2017, Ladin told the Russian Novaya Gazeta that the judges extending the men’s detention showed no sign of concern that the investigators kept radically altering the charges.

Ladin is convinced that there are no elements of a crime in any of his client’s actions, and no grounds for holding them in detention.

Both Nazimov and Stepanchenko were members of the communist party until the end of 2016.  Both actively criticised the actions of the ruling ‘United Russia’ party on the eve of the Russian elections which Russia illegally held in occupied Crimea.   They assert that this is the reason for their imprisonment.