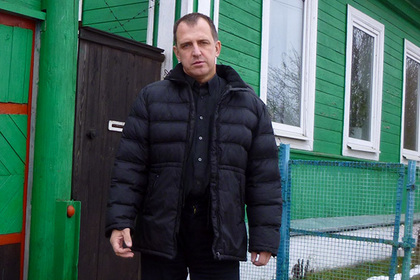 There are very many unanswered questions in how Russian opposition activist Vladimir Yegorov came to be taken by Ukrainian officials to the border and told he had been refused asylum in Ukraine.  The questions need answers since Yegorov has now been remanded in custody back in Russia, almost certainly for his criticism of Russian President Vladimir Putin and opposition activities.  Since the criminal proceedings on so-called ‘extremism’ charges and the arson attack on his home far preceded his arrival in Ukraine, this was fully to be anticipated.

Yegorov is an electrician and the head of the local branch of the Yabloko Party in Toropets (Tver oblast).  Criminal charges were initiated against him in October 2016 for so-called ‘calls to extremist activity’.  They appear to have been over a post on the social network VKontakte in which he was highly critical of Russian President Vladimir Putin.  He says he posted the comments after Prime Minister Dmitry Medvedev told teachers that they should find a second job (since it’s impossible to live on a teacher’s pay).  He wrote that everybody goes for Medvedev, whereas the real culprit is Putin, and acknowledges that his words were strong.

Although all posts on the ‘Citizens of Toropets’ page which he ran have been deleted, Yegorov’s page on Facebook still appears intact.  You presumably need specific lenses to perceive ‘calls to extremist activities’, but there is a great deal that would not please the Kremlin, including the caricature of Putin as ‘Kremlin Rat’, and a post with Putin’s photo next to one of the apartment bombings which many people believe, as did slain Kremlin critic Alexander Litvinenko, were deliberately blown up to bring Putin to power.  The caption reads: “I so wanted to be president.  And it was just a couple of apartment blocks in Moscow’.

It is just as hard to find the ‘calls to ‘terrorism’ which he is now charged with (under Article 205.2 of the Russian criminal code) on that page. 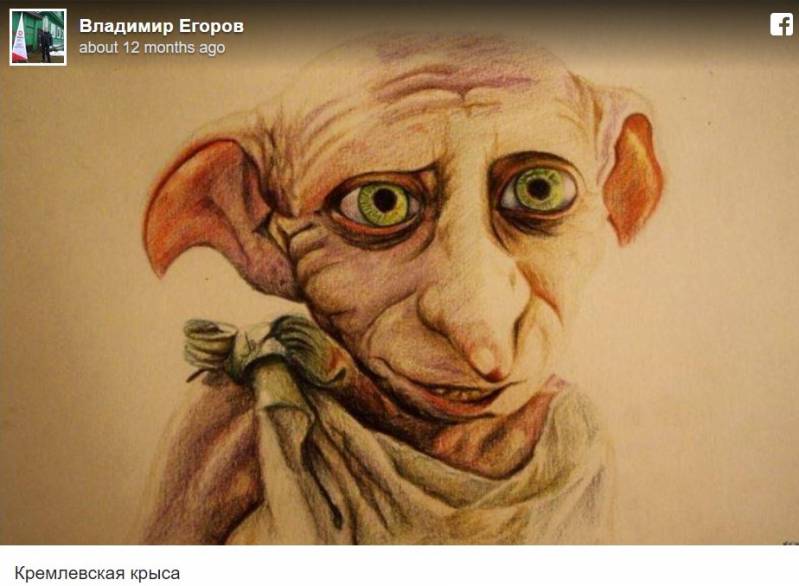 The title is ’Kremlin rat’

Yegorov has asserted that the persecution is in connection with his corruption investigations which he also posted in the same VKontakte group.

Yegorov fled to Ukraine on June 13.  He appears to have stated at the border that he wanted to apply for asylum and have been, quite correctly, taken to the nearest Migration Service office in Chernihiv, where he completed the relevant documents.

On that day men arrived at the door who, according to Yegorov, identified themselves as from Ukraine’s SBU [Security Service].  They detained him and simply took him by car to a neutral zone on the Russian-Ukrainian border.  He was told that his application had been rejected since Russia had not declared him on the wanted list.

Yegorov says that the border guards registered him as having illegally crossed the border without a passport and banned him from entering Ukraine for three years.

Since then the SBU has claimed to Hromadske.ua that it had nothing to do with the events and that there was no ban.

Had there indeed been a refusal to grant asylum, or a ban, Yegorov would have had five days to appeal against it.

Having been told he couldn’t return, Yegorov was left with no alternative but to try Belarus.  He reached Minsk and turned to the UN High Commission for Refugees and asked there for help in dealing with his situation.

He disappeared on July 29, and a person in the hostel where he had been staying said that he had been taken away by the Belarusian KGB [that really is their name].

Human rights activists tried to find out where he was.  They even found a court notice saying that he was accused of ‘petty hooliganism’.  There apparently was even a ‘court hearing’ without Yegorov being present at which he was supposedly jailed for 2 days.

This appears to have been a front, since lawyer, Svetlana Sidorkina (who defended one of Russia’s Ukrainian political prisoners, Oleksandr Kolchenko), says that she learned on August 1 that Yegorov was held in Toropets.  Even the most mild form of the article of the criminal code now cited carries a sentence of between two and five years.  There are no grounds for expecting a fair trial.

The civic organization EmigRussia issued some very relevant warnings after it became clear what had happened to Yegorov.  First, if you are engaged in opposition activities in Russia, make sure you have an up-to-date passport.  If you have ended up in Ukraine without one, at least make sure you have entrusted somebody to sound the alarm if anything happens to you.

This is not the first time that Ukraine’s SBU has demonstrated its inability to understand that such illegal actions are a form of collaboration with a regime which is holding at very least 44 Ukrainians prisoner on fabricated charges.

The SBU is now denying any part in this action, however it seems most unlikely that Yegorov would have ended up at the border without their involvement.  Had he simply been abducted, the border guards should have intervened.  Instead they went along with this effective forced refoulement of an asylum seeker.  The fact that he was able to leave for Belarus rather than being handed over directly to the FSB changes nothing.  It was clear that he would be in danger that the Belarusian KGB would pass him to the FSB.

It is galling that he proved in just as much danger in Ukraine.