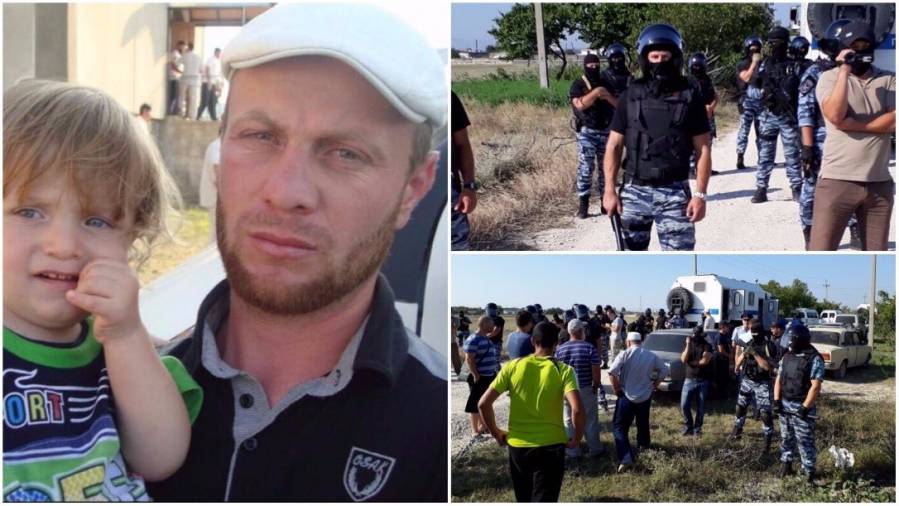 Russia has marked International Day of the World’s Indigenous Peoples with both continuing and new repression against Crimean Tatars.  These included an armed search of the home which Umer Emiramzaev shares with his wife and three small children, and his parents and brothers.  The search ended after three hours and only because the huge contingent of police, OMON riot police and FSB left, having realized that Emiramzaev, who previously underwent a very serious operation, was extremely unwell.

As with other such searches, nothing illegal was found and the FSB removed only two tablets, a computer and laptop.  According to Abdureshit Dzhepparov, coordinator of the Crimean Contact Group for Human Rights, Emiramzaev has “difficult relations” with the Mufti Emirali Ablaev, and the Muftiat and is informally recognized as the Imam of Kirovske, the small township where he lives.

The Mufti, after initially opposing Russia’s invasion and annexation of Crimea soon decided to cooperate with the occupation regime.  A number of the Crimean Muslims who are in indefinite detention on unproven charges of involvement in the peaceful Hizb ut-Tahrir organization, which is legal in Ukraine, are very likely facing persecution for views different to those held by the Mufit on practising their faith.

The search on August 9 began at around 7.30 a.m.  Nariman Dzhelyal reports that the police, OMON and FSB officers, many in masks effectively burst into the Emiramzaev home.  They behaved in a rough manner and did not show any documents.

There were 15 people in the house, with some of them children who were understandably terrified.

Umer Emiramzaev felt increasingly unwell.  He had a tumour removed two or three years ago, and is clearly still not fully recovered.

An ambulance came once, gave him such kind of injection, but obviously understood not to do more and left quickly.  After that all calls to the ambulance service were ignored.  Emiramzaev was in such a bad state that finally relatives went to the ambulance service and created such a scene that a brigade finally did arrive.  It became clear that Emiramzaev needed to be hospitalized, at which point the FSB and their armed backup evidently got worried and vanished.  He has now been moved to the neurological department of the hospital.

While the FSB were tormenting him, they thrust a document in front of him which, in his unwell state, he signed.  His wife refused to sign anything and was threatened, as has become standards, Dzhelyal says, that they would take her away and use physical means to make her cooperate.

In the end they left, without carrying out such threats, however that could have been because of the huge crowd of neighbours and friends who gathered within minutes of the news of the search.

It should be noted that the prosecutions, searches and other forms of intimidation used against Crimean Tatars who come out to show support for people facing repressive measures have not worked.  There were indeed a large number of people outside the Emiramzaev home, as there always are,, and Crimean Tatars and other Ukrainians are also actively taking part in the ‘Crimea Marathon’ to jointly raise the money for the increasing number of fines people are facing for their peaceful acts of solidarity.