No penalty against Ukrainian judge who ordered Berkut to disperse MaidanMaidan suspect accused of issuing police machine guns to paid thugs also freed to flee to Russia?Suspected Maidan Killer & Three Other Ex-Berkut Officers Flee to RussiaHalf the Berkut officers deployed against EuroMaidan activists remain police officersYanukovych ‘doesn’t remember’ the bloodiest day of Maidan killingsPolitical PR & sabotage instead of real investigation on eve of 2nd Maidan anniversaryUkraine’s only trial over Maidan killings under threatPolice & judges accused of impeding prosecution of crimes against Euromaidan activistsAnother person charged with Euromaidan crimes allowed to escape?Ex-Security Service chief in custody over Euromaidan killingsSo who doesn’t want justice for Euromaidan victims?High-ranking Berkut officer charged over Euromaidan killingsEuromaidan: A Year of Impunity and what went wrongEx-Berkut officer on trial over AutoMaidan ambushEx-Berkut officers arrested on suspicion of involvement in Maidan killingsWhere are 13 mysterious Berkut sniper suspects?Who (hasn’t) answered for crimes against Maidan?Maidan killings suspect missing after being released from custodyTwelve detained on suspicion of involvement in the gunning down of Maidan protesters (updated)Blood and Berkut Sniper Bullets on the President’s Hands
• Topics / The right to life
• Topics / Human Rights Violations associated with EuroMaidan 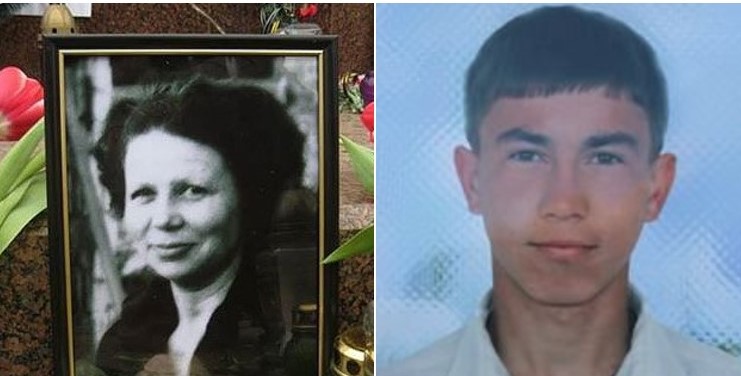 Three and a half years after shots fired from inside the Khmelnytsky SBU [Security Service] office killed 73-year-old Ludmila Sheremet and seriously injured other Maidan activists, the investigation into the shooting appears to have been deliberately sabotaged.

Serhiy Horbatyuk, Head of the Special Investigation Department, told investigative journalists  that the Military Prosecutor’s investigators ‘lost’ the only undamaged bullet from the crime scene which made it possible to determine whose weapon was used in the shooting of unarmed protesters.

The internal investigation that Horbatyuk’s team demanded into how this could have happened and who was to blame was passed by the Prosecutor General’s Office to the same prosecutor’s office that had ‘lost’ the bullets.

Horbatyuk openly expresses his scepticism at the military prosecutor’s version that the shots were fired by one of the Maidan activists who had managed to get into the  SBU building.

Yevhenia Zakrevska, one of the lawyers representing the families of Nebesna Sotnya – the slain Maidan activists, goes further.  She is convinced that the military prosecutor has deliberately sabotaged the investigation in order to distort the picture and claim that it was Maidan activists who shot at other activists, not the SBU.

Both the news of the killing outside the SBU office and video footage of the events were widely reported in the media and on social networks at the time.  While those who opened fire could indeed not be seen, it is clearly visible where the men who had managed to get inside and were trying to open the locked doors were standing.  The shots came from the door panel to their right - see around 5.30 onwards on the video https://youtube.com/watch?v=Nl5_cZtOg5M ).

The Maidan activists – and, seemingly, the Special Investigations Department – believe that the shots were fired by SBU officers on the ground floor and that the shots went through the door and ricocheted on the granite balustrade, then hitting Ludmila Sheremet and others.

Although the SBU is now claiming that the shots were fired by one of the Maidan activists, the next day Viktor Kraitor, the head of the SBU, who had been on duty that day, took full responsibility for the events.  He was then a main suspect with the case given for investigation to the military prosecutor.  The initial charge was of exceeding official powers, with grave consequences, this carrying a 10-year sentence.  That charge, however, was later changed to ‘negligence’.  Zakrevska explains that such charges have to be investigated within six months.  The military prosecutor did nothing for this period, and then terminated the proceedings with just one day to spare.  Even if the decision was appealed and the proceedings reinstated, there would be only one day remaining to investigate.

Kraitor had thus changed from being a key suspect to having ‘witness’ status. He remains an employee of the SBU, albeit holding a different post.

The logbook registering issue of weapons has also been lost.  It is claimed that this was destroyed when the SBU building was set alight on the evening of February 19, 2014.  Here again, scepticism is warranted, since a lot of other material had been saved, just not a logbook with incriminating evidence.

While the case was being sabotaged, important witnesses were facing threats of physical reprisals both against themselves, and against their families.

The case, which also involves the fatal shooting at around 20.00 on that same day of 21-year-old Dmytro Pahor was taken from the military prosecutor in 2016.  The Special Investigations Department discovered immediately that the bullets, perhaps the most critical evidence, had ‘gone astray’.

The fact that the investigation into the loss of such vital evidence was effectively handed to those with the greatest need for a cover-up casts a very bad shadow on the Prosecutor General’s Office.

Horbatyuk is blistering in his criticism.  After three years, they are not even beginning from scratch, but forced to begin by rummaging through the debris.

Lyudmila Sheremet was a retired anaesthetist and a civic activist.  She was married, with a daughter and grandson.  Her daughter recalls how full of life her mother was, how able to rejoice in things around her and share that joy with others.

Four other people were shot and injured in the same gunfire that killed Ludmila Sheremet.  One young man had his leg amputated.

The TV ZIK probe into this deliberately sabotaged investigation ends with old video footage showing all post-Maidan SBU leaders and Prosecutor Generals emphatically assuring Ukrainians that all those responsible for crimes against Maidan activists would be held to answer.