Imprisoned in occupied Crimea for opposing Russia’s war against Ukraine Ukrainian hostage tortured with screws through the knees by Russian-controlled Donbas militants Russia ramps up toxic hate speech as it escalates its attack on Crimean Tatars Russia claims its attack on Ukraine and seizure of 24 seamen are not the UN Tribunal"s businessUkrainians tortured and imprisoned in Donbas for supporting Ukraine, with Russia blocking their release A brief description of the KHPG strategic litigations in the first half of 2021Prisoners’ rights to health protection and medical care in 2014-2021: KHPG reportPrisoners’ rights in Ukraine 2014-2021: KHPG reportRussia launches attack on Crimean Tatar elders for speaking out against repressionApplication practice of Article 109 of the Criminal Code of UkraineApplication practice of Article 110 of the Criminal Code of Ukraine2020: There was no worse year in the realm of human rights after the Revolution of DignityInvestigation of individual terrorist crimesA brief description of the KHPG strategic litigations in July–December 2020Is COVID-19 present in penitentiaries and pre-trial detention centers?Criminal proceedings under Article 111 of CC of Ukraine against the journalistsAlibi confirmed of man whose arrest for a child’s murder triggered appalling anti-Roma riots‘More doubts than evidence’ in child murder case that triggered shocking Loshchynivka anti-Roma riotA brief description of the KHPG strategic litigations in January – June 2020“Crimea is our land. We did not give it to Russia, nor did we sell it” Powerful final court address by Crimean Tatar human rights defender
• Topics / Penal institutions 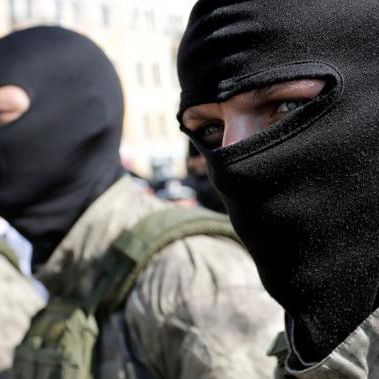 On August 17 the dismembered body of a young woman who had worked as an inspector at the Odesa pre-trial detention centre [SIZO] was found in a rubbish bin in the SIZO.  A convicted prisoner who had previously been prosecuted for armed robbery and murder was accused of the bestial crime. The prosecutor’s office also initiated criminal proceedings on charges of negligence against SIZO employees.

On August 19, the SIZO Chaplain from the Orthodox Church under the Kyiv Patriarchate Dmytro Krasnobaev reported that unscheduled searches had been carried out in connection with the murder case with these carried out by armed men in masks.  During the search, they had beaten the prisoners with bats and ruined their food items.  According to Krasnobaev, the enforcement officers were destroying “the prison order achieved with great difficulty” – breaking cupboards, shelves, taking out ventilators, heaters, etc.

On August 21 a report appeared that the prisoners had no complaints against the SIZO administration.  They acknowledged there had been a search, but denied the beating.

I do not believe for a minute that there was no beating.  On the contrary I totally trust the testimony given by the SIZO Chaplain. What he spoke of I have seen many times.

After any exceptional events in a penitentiary institution or SIZO, they normally brought in an armed special force unit in military gear and masks, sometimes with dogs, which carried out searches, brutally beating prisoners, destroying their things and ruining food items (for example mixing sugar with tobacco, poking holes in all canned food thus meaning that they couldn’t be held for long, etc.). Prisoners called such searches ‘mask shows’. There are numerous reports of such ‘mask shows’ on the Kharkiv Human Rights Group site.  In order to conceal their crimes (and such actions are indeed a crime!), the prison administration would usually try to hide the victims of the beatings, until the marks had faded, and would find individual prisoners among them who were promised various benefits, or thrust other prisoners who had ‘taken the path of reform’ and agreed to cooperate in front of journalists, human rights activists or even the Human Rights Ombudsperson.  They would then assert that there had been no beating.

This was described in detail, for example, in the article from 2007 Brutal beating of prisoners in the Izyaslav Penal Colony №31 (Preliminary analysis).  The horrific beating of prisoners was examined by the European Court of Human Rights which passed an earlier just Davydov and others vs. Ukraine about such behaviour in Prison Colony No. 58 (2001 and 2002), and Karabet and others vs. Ukraine in Prison Colony No. 31 in January 2007, finding such beatings to have been torture.

The use of special force units to carry out searches is aimed at intimidating prisoners. This was noted by the UN Committee against Torture when reviewing Ukraine’s Fifth Periodic Report on measures to implement the UN Convention against Torture. In Item 13 of its Conclusions and Recommendations, the Committee noted that it is concerned by reports of actions which violate the Convention carrying out by enforcement bodies especially with respect to persons detained by the police and those held in SIZO, as well as by the obvious impunity of those guilty.

The Committee was also concerned over known cases where an anti-terrorist unit in masks had been used inside prisons (for example, in the Izyaslav Prison Colony in January 2007), with this involving intimidation of prisoners and ill-treatment of them. Ukraine must ensure that all reports of torture are investigated in timely manner, effectively and objectively, and that all those guilty are prosecuted in the courts and receive sentences commensurate with the severity of the crimes committed.  It should ensure that the anti-terrorist unit is not deployed inside a prison and thus prevent ill-treatment of prisoners and their intimidation.

Special units intended for crushing prison riots and other violent acts to intimidate prisoners were created according to an Order of the Department for the Implementation of Sentences from 8 September 2003, No. 163.  This was later replaced by an Order of the Department from 10 October 2005 No. 167 On approving Regulations on a Special Purpose Unit.  However these orders only legalized practice which had existed earlier, namely the use of special units to intimidate prisoners and “maintain order” in prison colonies.  Moreover, the order from 8 September 2003 was not published.  This practice was widespread. For example, in December 2006, the former head of the Department Vasyl Koshchynets in response to our request for information admitted that over the first 9 months of 2006 the special unit had carried out tactical exercises 9 times, and had been used 43 times to carry out searches of prisoners and premises, checks of territory in the living and work areas of prisons and SIZO.

Valeria Lutkovska, who was later to become Ombudsman, and was then deputy Ministry of Justice, managed to get the registration of that Justice Ministry Order revoked as unlawful, however a so-called ‘green swift response unit’ was created instead with this able to be formed from staff of the prison who carried out the same functions.  There were a lot of reports of such mask shows.

Ten years have passed however there has still been no investigation into the ill-treatment by staff of the penitentiary institutions. The prosecutor remains inactive, ignoring appeals from the Ombudsman and human rights organizations regarding the unlawful violence against prisoners.  There is no longer a Department of the Implementation of Sentences, with the State Penitentiary Service being a part of the Justice Ministry.  However this unlawful practice is still used and remains unpunished, despite the declared penitentiary reform. Now this beating in the Odesa SIZO has already been muffled in the long familiar fashion. And if the prosecutor’s office really carried out a quick unprejudiced investigation, I am certain that they would have established the facts of which Chaplain Krasnobaev reported.

I would be delighted to be mistaken.