Russian banks cut off from SWIFT for working in Crimea 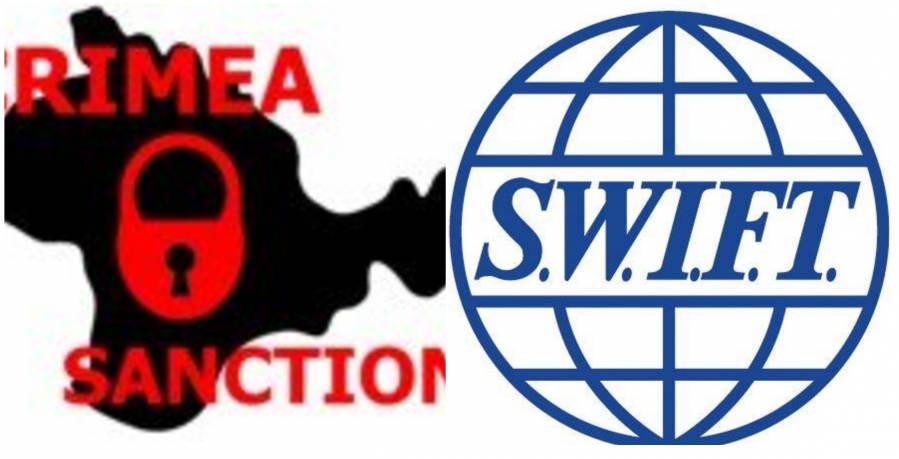 The main Russian bank working in Russian-occupied Crimea and one other have been informed that the company providing their connection to the SWIFT network will terminate its services from 31 August.  According to Vedomosti’s two unnamed sources, Finastra has taken the decision because both the Russian National Commercial Bank [RNCB] and Tempbank, in which Russia’s Central Bank has introduced temporary administration, are under international sanctions.  In the case of RNCB, this is specifically over its work in Crimea.

According to one of the sources, RNCB and Tempbank differ from most other Russian banks, in that the crucial technology required for the SWIFT connection is provided by Finastra and not by SWIFT (Alliance Access) directly.

It would be possible for the banks to come to an arrangement with another provider of the software, though time is running out to do this without being cut off from SWIFT.  A representative of RNCB told Vedomosti that Finastra’s decision would not impact upon the bank’s business and its clients.  The person who is also unnamed was not prepared to say whether they were looking for another company to replace Finastra.

SWIFT basically enables Russian banks to offer international services, and this has been one of the main reasons why it is seen as a powerful method for exerting pressure on Russia to stop breaching international law through its ongoing occupation of Crimea and military aggression in eastern Ukraine.

SWIFT refused to block Russian use of its network over its aggression against Ukraine, though it has previously disconnected all Iranian banks.  In a statement issued on October 6, 2014, it asserted that “SWIFT will not make unilateral decisions to disconnect institutions from its network as a result of political pressure.  SWIFT regrets the pressure, as well as the surrounding media speculation, both of which risk undermining the systemic character of the services that SWIFT provides its customers around the world. As a utility with a systemic global character, it has no authority to make sanctions decisions.”.

This refusal and the arguments presented have up till now not been directly challenged.  Finastra has, however, understood that its continued servicing of banks that are subject to sanctions for their major role in Crimea directly implicates the international company itself.

It is very clear why SWIFT does not wish to block Russian banks.  Despite the relative or extreme poverty in which a huge number of Russians live, there are large amounts of money travelling abroad, and foreign companies are not too bothered where such wealth came from.

While international sanctions mostly target certain individuals, and the retaliatory measures hurt ordinary Russians, disconnection from SWIFT would hit Russia’s leaders and others directly implicated in Russia’s breach of international law over Ukraine.

They would almost certainly ‘persuade’ those responsible to release the 45 Ukrainians illegally held prisoner in Russia and occupied Crimea, as well as the over 130 POW and civilian hostages that the Kremlin’s proxies in Donbas are holding in custody.

In its excuses for not disconnecting Russian banks, SWIFT claimed that “being EU-based, SWIFT complies fully with all applicable European law”.

It seems the UK-based Finastra had reason to believe that this was not the case.