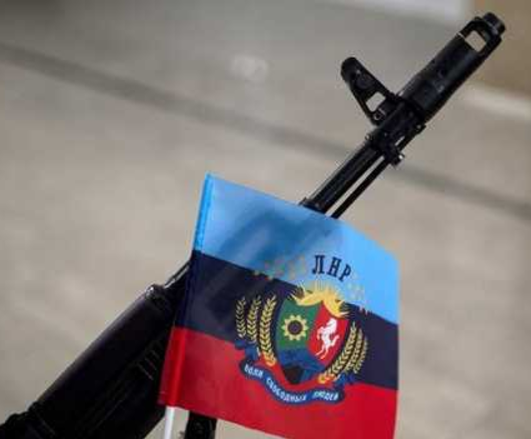 There is still no information about the whereabouts of 22-year-old Mykola Petukhov who was seized by armed militants of the so-called ‘Luhansk people’s republic’ in the early morning of August 31.  The abduction is of immense concern since Mykola’s mother reports that a young man, identified only as Oleksiy, was seized just a week ago, and his body found a few days later,  Both of them made a living by helping people with luggage as they cross from LPR into government-controlled territory or vice versa.

Mykola Petukhov’s mother contacted the Kharkiv Human Rights Group [KHPG] and OSCE Monitoring Mission after her son was seized.  The information has since been confirmed by the Luhansk oblast police and the SBU [Ukrainian Security Service], though with very little new information.

At around 6 a.m. on August 31 Petukhov crossed from government-controlled territory through the checkpoint near Stanytsya Luhanska, presumably carrying luggage. Witnesses say that he was surrounded by armed men who asked him something, and then took him away.

Nothing has been heard of him since then.

Yury Tandit, an advisor to the head of the SBU who is involved in trying to secure exchanges, could only confirm to TV 112 Ukraina that they are trying to find out what has happened to the young man.  Judging by his words, he does not exclude the possibility that Mykola has been killed, and stresses twice that any movement across the demarcation line carries very real danger. This, he says, is by no means the only case where Ukrainians have been detained without any court order, etc.

Roman Sahaidak turned 30 in militant captivity on August 29, two months after he was first seized.  The entrepreneur from Krasnodon was  stopped on June 30 by armed men in military gear who forced him into their car.

While his parents are trying to keep silent now out of fear that their son could face retaliation, Roman’s sister, Anna Slastnikova has turned to the media, believing that publicity can help him.  It was only after KHPG and then the media reported his abduction that the militants allowed him to see his parents.

She says that according to witnesses, there were four masked men and a man in civilian clothing who, she asserts, was Oleksandr Ryasnoy, Sahaidak’s business partner. He had recently asked Sahaidak to sell his part of the business  She says that her brother had turned the offer down because the conditions were unfavourable, and because he did not like certain things about Ryasnoy, including his ability to ‘denounce’ people to the so-called LPR ministry of security. She believes that he has relatives in this ‘ministry’, and turned to them after they agreed to part company two weeks before Sahaidak was taken prisoner.

Ryasnoy also appeared the next day during the ‘searches’.  At one point, Slastnikova says, Ryasnoy took Roman’s father aside and said that he would be released if they came up with 20 thousand dollars.

She asserts that her father could only raise 16 thousand which he handed over, while asking for extra time to find the rest.  Ryasnoy took the 16 thousand but said he couldn’t wait for the rest, and they therefore wouldn’t see their son again.

If this is indeed the case, then the publicity helped, since Sahaidak’s parents were phoned from the ‘LPR ministry’, who agreed to show them their son.  He had clearly been beaten badly, but he is alive.

They initially tried to charge him with a terrorist act that took place a week after he was seized. Once again, it was the publicity that made them understand that this would not wash, and they seem now to be accusing him of ‘fraud’ or, alternatively, ‘extortion’ with respect to Ryasnoy.

Despite the supposed ‘criminal charges’, Sahaidak remains imprisoned in a basement like other hostages.

It is ominously clear from this tale and others that the number of civilians seized by the militants could be much larger than the over 130 whose names at least are known.