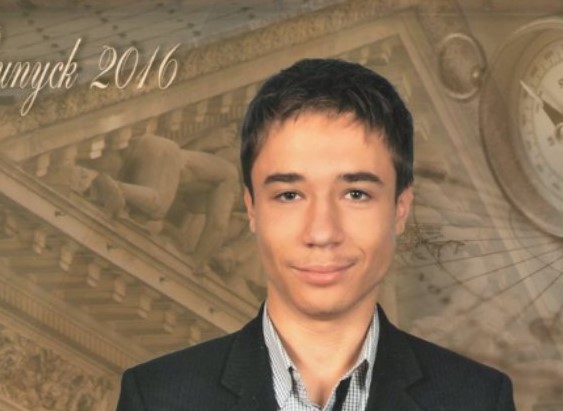 There is still no information about the whereabouts of 19-year-old Pavlo Hryb, ten days after he entered Belarus and vanished.  Given the strong grounds for fearing that the young man has been abducted by Russia’s FSB, and that his life could be in danger without badly needed medication, his family and lawyer have asked the  European Court of Human Rights to apply urgent measures under Article 39.  They also call on the Belarusian authorities to carry out a proper investigation, and stress that the lack of such measures would suggest that Belarus is implicated in the enforced disappearance of the young man.

As reported earlier, Pavlo Hryb disappeared in Belarus on August 24.  He had crossed into Gomel from his home in Chernihiv, he thought, to meet a young woman he had communicated with only on the social network VKontakte and Skype, and was due to return the same day.

When he failed to return, his father, who is a former border guard, set off for Belarus in search of him, While speaking with Belarusian border guards, Ihor Hryb saw information on one of the men’s tablets that his son is on the wanted list in the Krasnodar region of Russia on terrorism charges under Article 205 of the Russian criminal code

This was later confirmed by the 17-year-old girl he was communicating with.  She told a TV station that she had been forced by the FSB to get Pavlo Hryb to Belarus, and that the FSB are threatening her also with the same ‘terrorism’ charges.

Pavlo had never set foot in Russia and had only ever once been out of Ukraine.  He visited Belarus once with his mother in 2012, when the lad was just twelve years old.

Pavlo has serious health issues and has had disability status since early childhood.  He needs regular medication, and is almost certainly being deprived of this.

Since Euromaidan and the beginning of Russia’s military aggression against Ukraine, the young man has taken an active part in discussion and criticism of the aggression on social networks.  His family believe that the FSB, who closely monitor posts on social media, have probably targeted Pavlo for this reason.

Belarus and Russia share the same database, so there would, in principle, be nothing strange about a person on the Russian wanted list being detained on the Belarusian border.  There is, however, clear procedure for any such detention, which was certainly not followed in this case.

The Belarusian authorities deny ever detaining the young man.  They will neither confirm nor deny that Pavlo was wanted by the Russian Federation.

This has inevitably led to tension between the two neighbours.  Attempts by the Belarusian authorities to claim that young men go missing for various reasons and that Ukraine should not try to blame it on them ignore compelling grounds for believing that Russia is involved.  They also fail to explain worrying shifts in the story with Ihor Hryb having been initially told that his son had not crossed into Belarus.

The Hryb family, lawyer Yevhenia Zakrevska and human rights activists have appealed to Russia to provide full information about his whereabouts, his state of health and any charges that have been laid against him.  They demand that he be provided with access to the medical care he requires, to the Ukrainian consul and to an independent lawyer.

They call on the Belarusian authorities to ensure a proper investigation into Pavlo Hryb’s enforced disappearance and to cooperate fully with Ukraine’s Prosecutor General and border guards.  It is, for example, of vital importance that they provide access to all video footage which could shed light on Pavlo’s movements.

They ask the international community, the UN, OSCE, EU and the USA to demand that the Russian Federation provides the Hryb family and lawyer, as well as Ukraine, with full information about where Pavlo is and his state of health and that it provides him with access to the consul and an independent lawyer.

If Russia has seriously placed a young man who has never once been to the Russian Federation on its wanted list, and if they are behind his enforced disappearance, let them explain how he came to be in their custody, and what it is he is supposed to have done.