How to Finish the Revolution in Ukraine 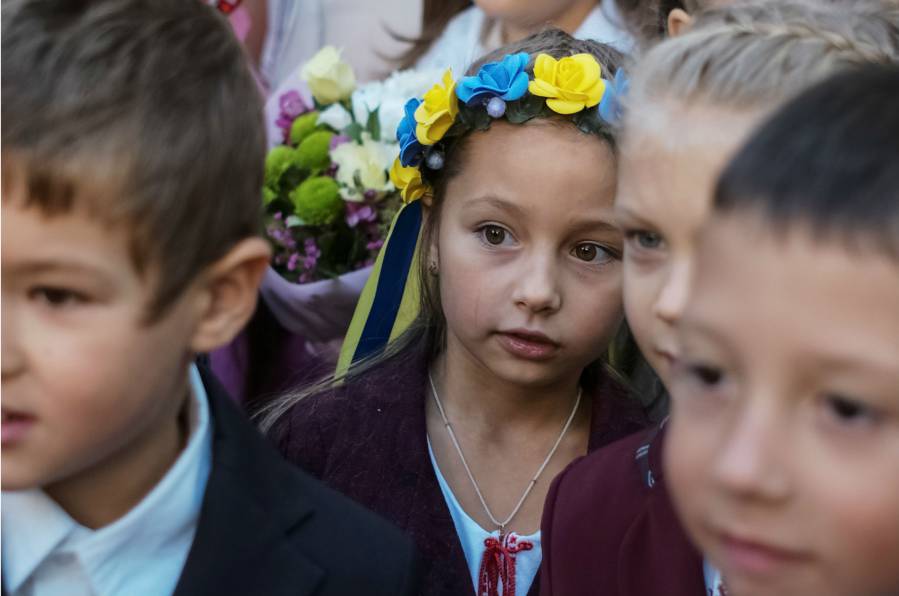 A schoolchild looks on as she attends a ceremony to mark the start of the school year in Kyiv, Ukraine September 1, 2017. REUTERS/Gleb Garanich

More than three years after the Euromaidan, Ukraine still hasn’t successfully prosecuted any high-level crooks, and we’ve got plenty here. At Stanford University’s Draper Hills Summer Fellowship this summer, we examined how to catch a “big fish” and looked at a case study in Indonesia, where the country’s anticorruption commission had just begun. Despite being poorly staffed and lacking its own office, it had already successfully conducted investigations, including one that involved a high-ranking official and public procurement expenditures. The big fish had powerful connections and support from the president’s family, but a new anticorruption court that was independent from the general court system helped reel him in.

As a Ukrainian politician and lawyer, I was shocked by the striking similarities between Indonesia then and Ukraine now. That similarity makes Ukraine’s need for an independent anticorruption court even more obvious and pressing.

Three years ago, people took to the streets because of gross injustice. The friends of the president, prime minister, and attorney general could do anything they wanted as long as they shared their profits. Three years later, the public has the same feeling. For example, only three convictions were handed down against high-level public officials in 2016, and none went to prison.

In Ukraine, the judiciary lacks public trust, and President Petro Poroshenko’s much ballyhooed judicial reforms haven’t changed that at all. The new Supreme Court was supposed to be completely different from the old one, but this transformation has failed and distrust of the courts has actually increased.
The vast majority of criminal cases conducted by the National Anti-Corruption Bureau of Ukraine (NABU) and the Specialized Anti-Corruption Prosecutor's Office (SAPO)—both outstanding and independent organizations formed after the Euromaidan—cannot be concluded, because corrupt judges stand in the way. Even with these new bodies, Ukraine’s judicial system has proved unable to bring senior public officials and politicians to justice.

The concept of an anticorruption court in Ukraine is one of the hottest debates of the fall political season, though existing legislation already provides for the formation of a Supreme Anti-Corruption Court.

Initially, NABU proved to be an effective and independent investigative body. And despite being subordinate to the attorney general, the SAPO showed character, independence, and determination. Together with those two institutions, an independently-selected anticorruption court could break Ukraine’s great corruption chain.

1. “Ukraine’s judicial system is large enough to consider cases of all categories. Anticorruption courts will be redundant.”

Specializing the court system would not overburden it; rather, it would make the system more efficient through improved procedures and higher-quality decisions, and would ease the load on the entire system.

2. “Anticorruption courts have not been particularly successful elsewhere. On the contrary, the track record of other countries proves their ineffectiveness.”

Anticorruption courts have been quite effective in medium- and highly-corrupt countries in Asia and Africa whose situations resemble Ukraine’s.

False. Parliament only needs to adopt pending legislation to make it happen.

Moreover, there are two main goals to establishing a specialized anti-corruption court: enhancing competence in corruption cases and ensuring the independence of the body considering those cases. Establishing an anticorruption chamber instead of a separate anticorruption court can solve only the first goal, since the second one requires special selection procedures. SAPO and NABU have demonstrated that the reform of any system requires the establishment of a separate body that runs under well-regulated, transparent selection procedures and public scrutiny.

4. “Anticorruption courts can become obsolete in the event of a successful judicial reform and the purge of the judiciary.”

Anticorruption courts do play a critical role in the transition stage. However, a real judicial reform should aim to cleanse the judiciary and select new, competent, and impartial judges. Currently, this part of judicial reform is failing. The majority of new Supreme Court justices came from the same system, many with dubious reputations, and their declared assets were not adequately verified. The completion of judicial reform does not necessarily purify the judiciary or ensure its independence.

As of June 30, NABU was pursuing 371 criminal cases, 121 individuals had been indicted, and seventy-eight criminal proceedings had been handed down by the court. But the investigations conducted by NABU are hampered at the trial stage, since most investigations require court authorization to begin. But the courts are the weakest link in the fight against corruption. Forming the new anticorruption court is the obvious and logical next step.

The establishment of anticorruption courts could help complete the investigation of corruption cases and prosecute those responsible, including those big fish that have eluded prosecutors. A lack of results in the courts, the unprecedented resistance of official Kyiv, and the Indonesian experience inspires me to fight for this approach in my country and give the ideals of the Revolution of Dignity a chance to finally be realized.

Olena Sotnyk is a member of Ukraine’s parliament and an attorney in Kyiv. She tweets @LenaSotnyk. This essay was translated from Ukrainian to English by Vera Zimmerman.