Ukraine hammered by Court in Strasbourg for endless torture of life prisoners Five years of the penitentiary medicine reform: a sad anniversaryNew bill on the Security Service is in breach of Ukraine"s Constitution and human rights standards What is next?SSU Reform: Challenges and Prospects. The StudyRussia imposes prison sentences for donating to ‘undesirable NGOs" and adds Bard College to its blacklist Zelensky imposes sanctions against men who fought for Ukraine in Donbas Prisoners’ rights to health protection and medical care in 2014-2021: KHPG reportPrisoners’ rights in Ukraine 2014-2021: KHPG reportJune 3 Letter to the Members of the Verkhovna Rada of UkraineThe Bill on SBU is unacceptable, it should be buried Appeal of human rights organizations to the UN Special Rapporteur on Combating Torture regarding the shameful response of the Government of Ukraine to the CPT report on the results of the ad hoc visit in August 2020Ukraine’s most malicious miscarriages of justiceSo what will “New SBU” be?What is wrong with the bill on SBU?2020: There was no worse year in the realm of human rights after the Revolution of DignityUkraine found in bulk violation of the prohibition of torture over denial of justice to life prisonersCourt in Ukraine revoke’s Yanukovych’s arrest warrant over Maidan killingsOpinion on the political motives of criminal persecution and violation of human rights in the case of Sergiy PashinskyHuman Rights Agenda calls on the government to return to legal means of leaving the constitutional crisis
• Topics / Politics and human rights 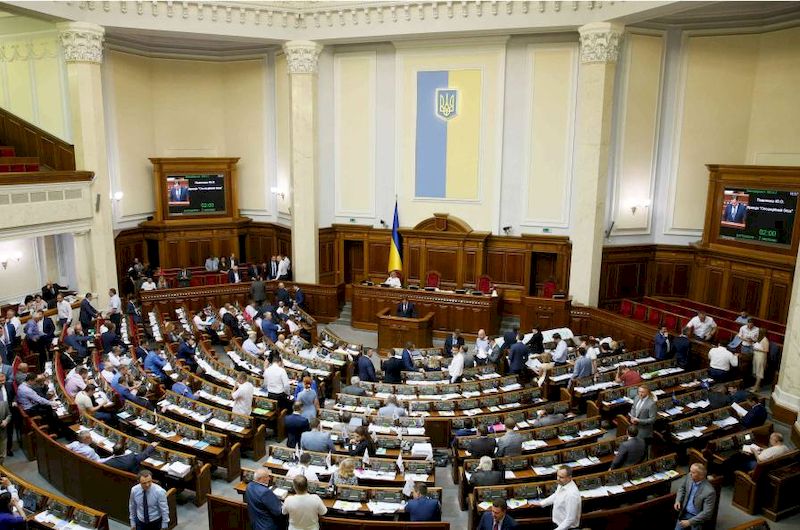 On September 5, a new political season began in Ukraine. Parliamentary speaker Andriy Parubiy has already branded parliament’s new plenary session “the autumn of reforms” by promising to deliver results on some of the most hot-button issues, including healthcare, pension, education, and judicial reforms. Parliament is behind and needs to kick things into high gear; last session it failed to address a number of important issues, so civil society has a long priority list for the Rada:

Parliament failed to pass health, pension, and education reform bills last session, but on the first plenary day of the new season, it finally passed education reform, which removes the final vestiges of the Soviet system from Ukraine’s educational system. This bill envisions more autonomy for the educational establishment, better conditions for students and academic staff, and an overall higher-quality education.

MPs should now focus on healthcare and penion reform. Namely, healthcare bills—6327 and 6604—aim to make the health system more accessible and improve its quality. MPs should promptly adopt both bills and stop dragging their feet.

Pension reform also needs immediate action. Parliament should adopt bill 6614 to lay the groundwork for reforming the current pay-as-you-go pension system. Conducting a full-fledged reform, however, will require proceeding with a state-defined contribution system and a voluntary system of non-state pension insurance.

If Ukraine wants additional funds from the International Monetary Fund, it must put a specialized anticorruption court into place. Ukraine’s National Anticorruption Bureau (NABU) and the Specialized Anticorruption Prosecutor’s Office cannot finish cases without real courts that work. Anticorruption judges must be selected with the participation of international partners to achieve maximum transparency and political neutrality. To this end, draft law 6011 should be adopted without delay.

Parliament must also appoint an auditor to assess NABU, and this is a highly charged issue. Only the government has appointed its candidate, while both parliament and the president are lagging behind. The two other nominees must be independent and politically neutral; a negative conclusion could lead to the dismissal of its head, Artem Sytnyk, who is a genuine reformer. In September, parliament should select Martha Boersch or Carlos Castresana, who were shortlisted by parliament’s anticorruption committee, as its choice for NABU auditor; both have impeccable reputations and relevant experience.

The public also expects parliament to finally abolish the retributive e-declaration for civil society activists that was adopted in March 2017. MPs should consider presidential bills 6674 and 6675 that introduce public reporting for NGOs, but these bills should be amended in a way that contributes to greater transparency without introducing discriminatory regulations.

3. Support the appointment of a new and clean Supreme Court

A number of tasks remain unfinished before Ukraine’s new Supreme Court can be finalized.

Bill 6232 renews and amends a number of procedural codes and is a pre-condition to the launch of the new Supreme Court.

The Supreme Court competition is in its final stage. In September, the High Council of Justice will submit finalists to the president for appointment as Supreme Court judges. The Public Integrity Council, a group of experts from civil society and the legal community, assessed thirty of 120 finalists negatively for ethical challenges. The appointment of these candidates would significantly undermine public trust and should be prevented. The president makes the final decisions on the Supreme Court. Therefore, he must decide if the judiciary will finally begin to gain some trust or once again sink into the bog of corruption and public disbelief, and it is incumbent on the Rada to convey how important this issue is to him and his administration.

4. Pass the hard reforms like land and electoral reform

Electoral and land reform are the hard reforms that parliament would prefer to ignore, especially as the 2019 presidential and parliamentary elections approach. Civil society urges parliament to provide for open party lists, reduce political corruption, and bring in new talent.

Land reform should remain a high priority on the country’s reform agenda to protect the constitutional rights of seven million Ukrainian landowners and to attract greater foreign direct investment.

Economic regulation should be a high priority. Parliament should replace the corporate income tax with a distributed profit tax, which is perhaps the largest-scale initiative on the economic agenda in terms of its anticipated economic and anticorruption effects. The new tax would decrease budget shortfalls caused by aggressive tax planning with the use of offshore low-tax jurisdictions and simplify tax administration.

Another critical task is to establish the Financial Investigation Service (FIS), which would replace the corrupt and oppressive “tax militia” that was abolished in late December 2016. The FIS will serve as the key analytical and investigative authority for financial crimes. The new body should be transparently staffed, significantly downsized, and divested of the power to conduct inspections.

Ukraine’s media is free but not independent. The transformation of state-owned TV and radio broadcasters into the National Public Broadcasting Company, a state-funded effort but one free from government control, can be regarded as one of the most dynamic reforms of 2017. The new company leadership has launched a massive structural and content renewal. That said, it faces a budget shortage of 323 million UAH (over $12 million), which equals a quarter of its annual budget. Parliament must ensure sufficient funding for the public broadcaster in 2017-2018.

On September 1, the EU-Ukraine Association Agreement came into full force and is now legally binding. To take advantage of the agreement, MPs must ensure timely adoption and implementation of EU integration bills, including in energy efficiency, electronic trust services, television broadcasting and on-demand content, and the environment.

Decentralization is one of the unheralded success stories of reform, and it’s one that is still ongoing. Meanwhile, parliament needs to pass bill 6466 to allow communities formed around cities of oblast significance to conduct elections, and bill 5253 will expand the jurisdiction of territorial communities . These bills will create new opportunities for local authorities to have greater say in everyday issues.

This fall parliament should reboot the Central Election Commission and Audit Chamber of Ukraine, as well as initiate the selection of a new Ukrainian Ombudsman, whose term has expired. It should also appoint delegates to the committee which selects members to the National Commission on Regulation of Energy and Public Utilities.

In conclusion, many experts worry that Ukraine’s reform window is closing or has closed. With elections fast approaching, parliamentarians may find their focus on the campaigns rather than legislation. This is the wrong approach. Parliament must accelerate the pace of reform, and the legislature itself needs to undergo a substantial transformation, an idea proposed by former European Parliament President Pat Cox and repeatedly announced by Parubiy. The pace of these processes will indicate whether parliamentarians are serious about making Ukraine’s reforms irreversible or just concerned about reelection.