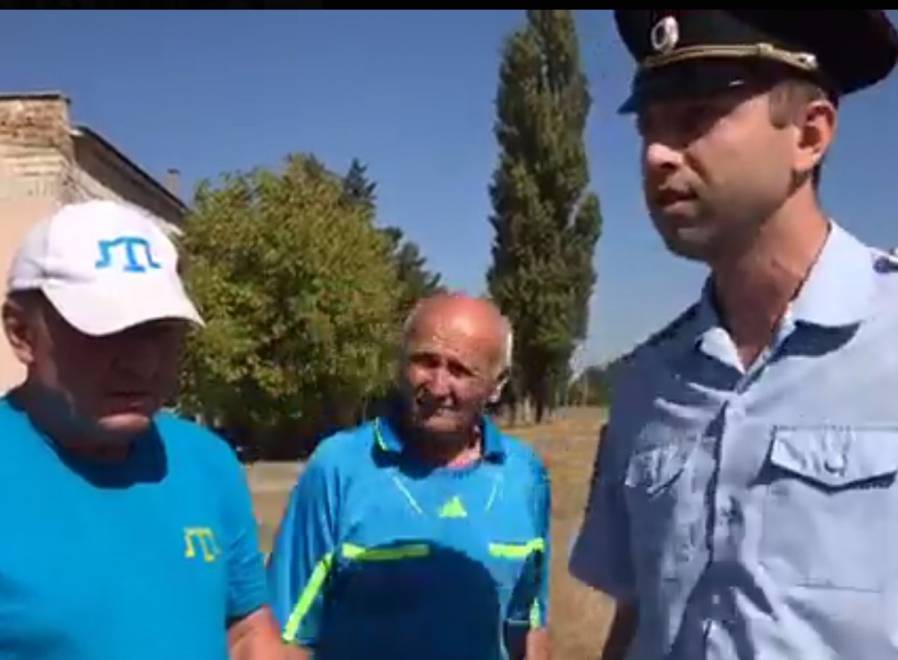 Police controlled by the country which is hosting the World Football Cup in 2018 banned young Crimean Tatars from holding a football match on September 16, and forced them to remove the Crimean Tatar flag.  The match which had already begun was not allowed to continue, and three people were taken aside for ‘questioning’, including the trainer.

The football match in the village of Syrt Dzhailav (or Krestyanivka) was intended as the inauguration match for the Altyn Tamga Football Club, and was being held in honour of Ervin Igragimov, the Crimean Tatar activist (and avid football player) who was abducted on May 24, 2016 and has not been seen since. 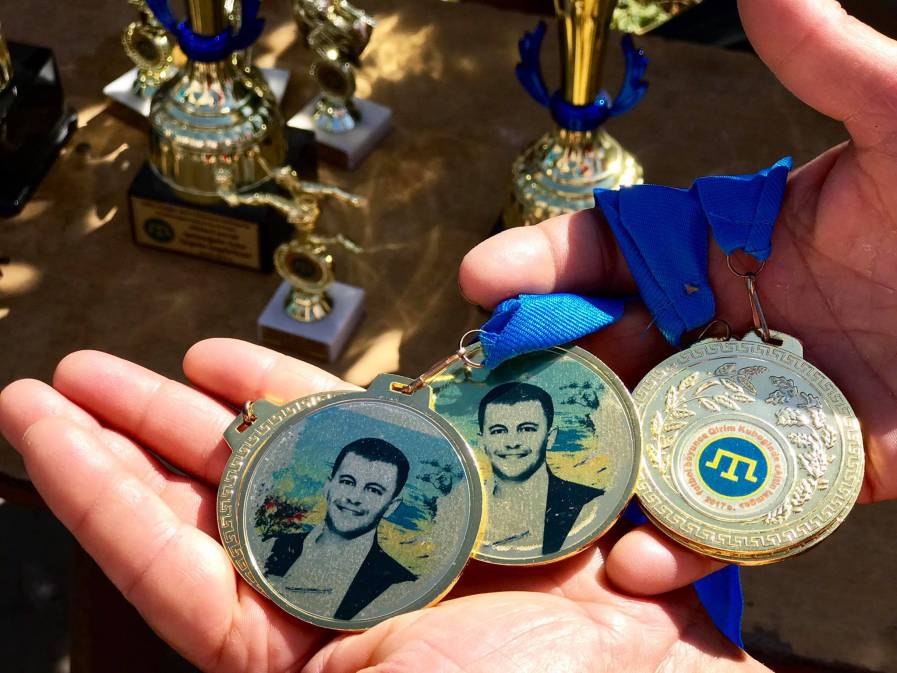 The police claimed that the match had not been ‘authorized’ and was therefore ‘illegal’.  It is likely that the real reason was the Crimean Tatar flag.  Since Russia’s invasion and annexation of Crimea, there have been frequent detentions and administrative proceedings against people for either the Crimean Tatar or the Ukrainian flag.  A major factor in the politically motivated prosecution and imprisonment of Volodymyr Balukh was the Ukrainian flag he flew over his house.  On May 18, the anniversary of the Deportation, Russian-controlled police detained 76-year-old Server Karametov who was holding a peaceful solitary picket holding the Crimean Tatar flag and photos, probably of the victims of the Deportation in his family.  Three months later, the elder pensioner who is in bad health was imprisoned for ten days (by ‘judge’ Marina Vladimirovna Kolotsei) over a peaceful picket in support of imprisoned Crimean Tatar leader Akhtem Chiygoz.

A suit brought against Russia over its discrimination of Crimean Tatars and ethnic Ukrainians is currently under review by the UN’s International Court of Justice in the Hague.  The Court accepted the need for interim measures because of the urgency of the situation.  Russia has thus far ignored them.

FIFA, which makes a lot of noise about ‘fighting racism’, has ignored this overt discrimination by the Russian occupiers, as well as Russia’s aggression against Ukraine generally, and is refusing to move the World Championship to another country.

It is possible that the occupation regime also objected to the fact that the football players were honouring Ervin Ibragimov, who was just 29 when he was abducted by men who seemed to be wearing Russian traffic police uniforms and who were clearing waiting for him.

Ervin Ibragimov is a member of the Executive Committee of the World Congress of Crimean Tatars and was a member of the Bakhchysarai City Council from his election in 2012 until Russia’s invasion of his homeland.

He had told friends that he thought he was being followed in the week before.   On May 25, 2016, he was due to go with Crimean Tatar Mejlis leader Ilmi Umerov to Sudak where four young Crimean Tatars were facing charges for driving their cars with Crimean Tatar flags as a traditional sign of remembrance of the victims of the 1944 Deportation on May 18.

He spoke on the telephone to his father late in the evening on May 24, but then failed to return.  His car was found the next morning fairly near his home with the key in the ignition and door open.  CCTV footage was obtained from a shop nearby which shows Ibragimov being stopped by the uniformed men. There is a second where the young man tries to flee, but is seized and forced into the men’s van.

Ervin’s father Umer Ibragimov sees no progress at all, and says that it is only his son’s friends who have made any effort to find him.  Instead of looking for his son, the FSB set up surveillance of him and his wife.  At first it was all the time, now only periodically.  He told the 3 or 4 men who were sitting in the car that he never asked them to guard him.  “Or are you waiting for the next victim?”