Ukraine’s Got a Real Chance to Change. Will It Blow It Again? 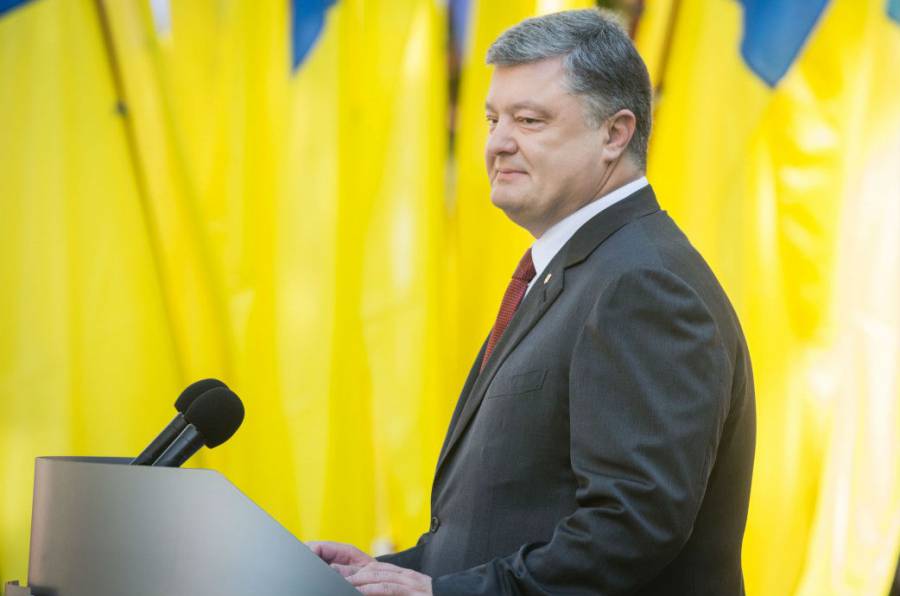 Ukraine’s future rests on whether its judicial reforms will bring about the rule of law for the first time in its history, or whether political influence continues to contaminate its system. It appears the latter is the case.

Today, 111 new Supreme Court nominees were proposed to President Petro Poroshenko for his signature to begin work next month. However, twenty-five of the 111 were rejected by the Public Integrity Council due to past behavior or concerns about their track record as judges.

This was part of a comprehensive and unique process that began in 2015. The top-down reforms include replacement of the entire Supreme Court and elimination of a corrupt lower level court with 330 judges.

The reform also created a unique template for evaluating and selecting the new Supreme Court which will be applied to the rest of the country’s judiciary gradually by the High Qualification Commission of Judges. For months, the Commission tested and interviewed hundreds of candidates and submitted a list of 120 Supreme Court candidates to the High Council of Justice. By early October, the Council will pick at least sixty-five nominees or more for submission to the president for final approval.

The process, while controversial, stands in stark contrast with past practices, noted Sergii Koziakov, chairman of the High Qualification Commission.

“[Deposed President Viktor] Yanukovych reduced Supreme Court powers,” said Koziakov. “You qualified for the position by paying a bribe of $100,000 or $10,000 to be an assistant. It was a mafia system. You invested for taking up a job in the court. Then you took bribes to get profit.”

“Some of the [Supreme Court] judges did nothing except make money for themselves and their friends and got great free apartments from the state,” he added. “We found one judge who made $500 a month salary and owned six new expensive cars, his wife owned eight, and his mother-in-law, on a small pension, owned twelve. We found many of these.”

Ukraine undertook two important advances in this first stage: the net was cast wide for candidates beyond the existing judicial network, and lawyers or academics were allowed to apply.

But the most unique aspect of the process was that each individual was examined by the Public Integrity Commission which then issued a report of acceptance or rejection. This Commission was comprised of twenty journalists, scholars, lawyers, and representatives from nongovernmental organizations such as Transparency International.

Any rejection, however, could be overruled by a two-thirds vote if the High Qualification Commission’s sixteen members felt there was insufficient evidence to disqualify the candidate.

Now twenty-five of the 111 candidates selected by the High Qualification Commission received negative reports from the Public Integrity Commission that were overruled.

Activist lawyer Anastasia Krasnosilska, with the Anti-Corruption Action Center, wrote these were tainted because they were judges who had been involved in political persecutions, violations of human rights, or whose assets were oversized given their official incomes.

In an article, Public Integrity Commission member and former judge Mykhailo Zhernakov addressed his concerns regarding this issue.

“The Public Integrity Commission (PIC) cannot guarantee that no bad apples will get through,” he told a news agency. “The High Qualification Commission can overrule an Integrity assessment with a two-thirds majority, and while this may sound like a lot, it is not. Voting is not public, and if it remains that way, practically any PIC decision may be arbitrarily overruled.”

He also urged that—at this initial stage of judicial reform—new judges should be appointed gradually.

“It’s critical for the international community to emphasize that Ukraine should not approve all 120 judges now,” he added. “This pressure will allow civil society to push for changes to the selection procedure before a second round of evaluations begins.”

The 111 were chosen by the High Council of Justice, the final arbiter before the president signs.

So, who are these members of the High Council of Justice?

Some were accused of conflicts by critics.

“Three of the twenty-one on the Council took part in the competition,” said Koziakov. “And they all won, but one of them (the president of the acting Supreme Court) stopped participation. The other two, elected by the Congresses of Advocates and Judges, continued to take part, but will not vote.”

The concern now is that one-quarter of the highest court is tainted. Unless the President, sets aside the twenty-five rejections, the new Court will send a signal that it is business as usual.

Clearly, and in the interest of building credibility at home and abroad, the best decision would be to set aside these twenty-five altogether.

These appointments would negate the reform process. Nepotism and incompetence has been replaced by testing and evaluations and disclosure requirements that have squeezed out 1,600 judges at all levels so far.

And the creation of the Public Integrity Commission has established the principle of judicial accountability to society and prevented dozens of questionable Supreme Court candidates from being shortlisted.

Now this. Some twenty-five persons who are unfit, from an integrity viewpoint, to serve.

What happens next, however, is key. IMF pressure to create a tough anticorruption court must continue. Instead, Ukraine proposes an antitrust chamber within the system which activists say won’t work.

Whatever the debate in future, the appointment of these twenty-five will undermine what could have been the creation of a new, improved, completely untainted, and well paid Supreme Court that could start creating a Ukraine where justice is no longer for sale.