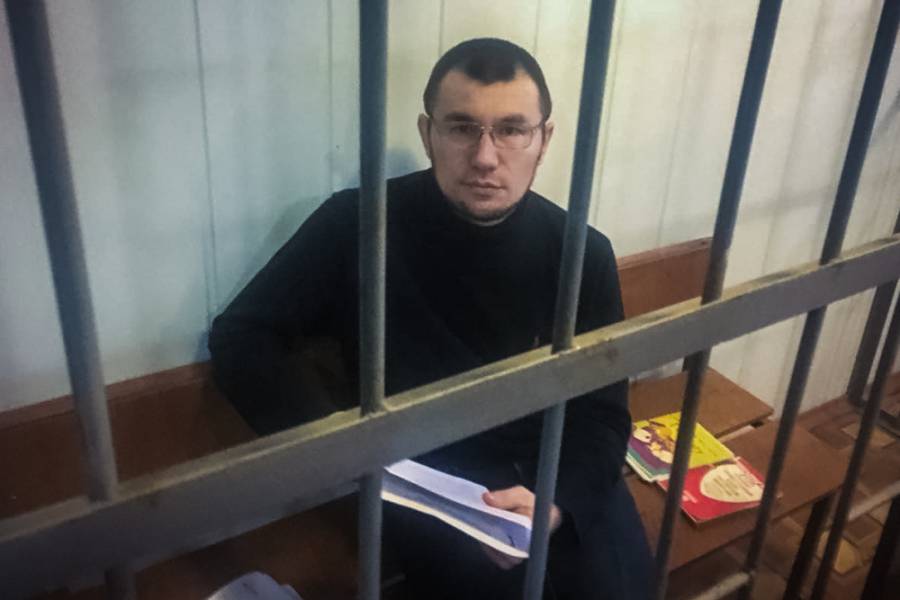 The lawyer representing Crimean Tatar political prisoner Emir-Usein Kuku has used all legal avenues available in occupied Crimea and will now be asking the European Court of Human Rights to rule on Russia’s unwarranted use of closed court hearings.  Although Alexei Ladin’s application will be over this clear denial of Kuku’s rights, Strasbourg’s judgement is of immense importance to the ever-increasing number of Crimean political prisoners and their families who are prevented from seeing the men even in court.

Although Kuku is one of six men from the Yalta region whom Russia is accusing of involvement in Hizb ut-Tahrir, a totally peaceful organization which is legal in Ukraine, his persecution by the Russian occupation regime began much earlier and were clearly linked with his refusal to remain silent about human rights abuses under Russian occupation.  The son of a veteran of the Crimean Tatar national movement, Kuku reacted to the armed searches of homes and mosques, and disappearances of young Crimean Tatars within months of Russia’s 2014 invasion by joining the Crimean Contact Group on Human Rights, and was responsible for monitoring rights abuse in the Yalta region.  There was a clear attempt to abduct him on April 20, 2016, with this turning into an FSB ‘search’ only after people came to Kuku’s assistance, and his assailants were surrounded.  Neither then, nor in charges over Facebook entries in December 2016, was there any mention of a link with Hizb ut-Tahrir.

He was arrested, together with Muslim Aliev; Vadim Siruk and Envir Bekirov, after armed searches of their homes on February 11, 2016.  Two other younger men – Arsen Dzhepparov and Refat Alimov – were arrested on April 18, 2016 and charged in this same ‘Hizb ut-Tahrir case’.

All six men have been held ever since in appalling conditions in the Simferopol SIZO [remand prison], and are brought to a Russian-controlled ‘court’ every two months for extension of their detention.  There were no grounds for their original detention, and none at all for holding them in custody, which the men and their lawyers repeatedly tell the courts.

Since all but one of the lawyers have been forced to sign undertakings not to divulge any details about the charges, the closed detention hearings are a convenient means of concealing the lack of any substance to the charges.  The ‘reasons’ presented for the men’s continued detention are sometimes quite surreal.  On April 9, for example, the FSB produced material demonstrating that the men are considered political prisoners by Ukraine and the international community.  They would therefore, the FSB claimed, be “helped to escape”.

The ‘investigation’ was concluded several months ago, and the men and their lawyers are currently supposed to be familiarizing themselves with the case material.

Ladin notes that the decisions have been challenged at both appeal and cassation appeal levels, and the only avenue now is the European Court of Human Rights.  He says that the court tries to claim that the hearings should be closed because of the worsened socio-political situation in Crimea and the ‘terrorism’ nature of the article under which the men are charged.  There are no valid grounds, he says, adding that the behaviour is also irrational.  The detention hearings in Kuku’s case, for example, were all closed, yet the hearings where they appealed against the actions of the investigators were open.

On 4 & 5 October, the Russian-controlled High Court in Crimea extended the detention of all six men until December 9.