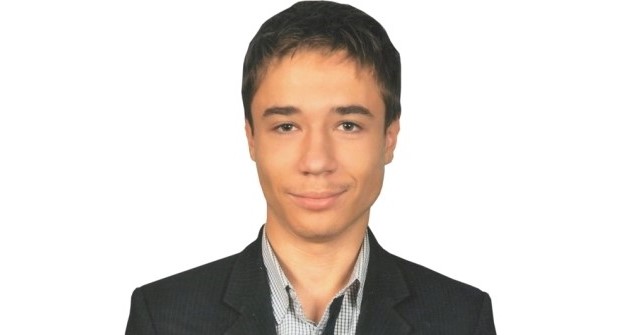 Six weeks after Russia seized 19-year-old Ukrainian Pavlo Hryb and took him against his will to Krasnodar, there is still no information as to whether the young man is receiving vital medication.  The European Court of Human Rights has therefore invited Ukrainian doctors to visit Hryb and provide them with a medical assessment of his condition before the Court takes a decision regarding urgent measures.

The Court has been forced to intervene again since Russia has not provided the required information about medical treatment and there are real grounds for fearing that no measures have been taken. Hryb suffers from a serious medical condition and requires medication on a daily basis.  Strasbourg has therefore also demanded that Russia give detailed documentation in printed form about Pavlo’s state of health.

Ukraine’s Human Rights Ombudsman Valeria Lutkovska reacted immediately by sending a letter to her Russian counterpart Tatyana Moskalkova, expressing concern about the lack of any information and asking that Ukrainian doctors be allowed to see the young man.

It is to be hoped that Russia will not flout this directive from the European Court. It was seemingly only after the first letter from the Court, dated September 11, that Hryb’s lawyer Andrei Sabinin was finally allowed to see him.  He was later also allowed to see the Ukrainian consul, but requests to allow Ukrainian doctors to visit him were ignored.

It took Russia 13 days to finally admit that Hryb was imprisoned in the Krasnodar SIZO [remand prison], purportedly on charges of ‘terrorism’.  He had been tricked into coming to Belarus to meet a 17-year-old girl whom he had corresponded with on the social network VKontakte.  He was seized and forced into a car, and taken across the border into Russia (details here)

Pavel Kanygin from Novaya Gazeta has tried to establish what happened.  He asserts that the 19-year-old believed himself in love with 17-year-old Tatyana V., and that they had initially hoped to spend several days together.  Tatyana’s mother, however, accompanied her daughter, and the meeting lasted a mere hour.  Hryb was seized by unidentified men soon afterwards.

Soon after it became clear that Pavlo had been abducted, Tatyana told a Ukrainian TV station that she had been forced by the FSB to get the young man to Belarus.  She said that the FSB were threatening her also with the same ‘terrorism’ charges.

Hryb disappeared on August 24, but it was only on September 13 that Russia officially admitted that he was in their custody.  It transpired that a court in Krasnodar had issued an arrest warrant back on August 17, and the young man had been placed on the wanted list.  The charge against the 19-year-old who had never set foot in Russia was serious: terrorism, or threat to commit a terrorist act, under Article 205 § 1 of Russia’s criminal code.  Russia has, understandably, given no explanation as to how Hryb came to be in Russian custody.

According to Kanygin, Tatyana was in her last year at school and began corresponding with Pavlo, a student at the Kyiv-Mohyla Academy in January 2017.  Tatyana even wrote and spoke in Ukrainian, having learned the language by herself, considering herself Ukrainian, on her mother’s side.  She was frequently in conflict with her mother, but this apparently intensified in 2014, because of her views on events in Ukraine.

In contrast to her worsening relations with her mother, Tatyana and Pavlo developed a close friendship, based in part on common interests and views.  According to Kanygin’s account, the two young people had planned to go together to Donbas “to begin to fight for our views, and then somehow build our lives, a family”.

She did not know that the young man had disability status and could not do any army service. He had even abandoned his studies in February to prepare for an operation linked with a condition he was born with.

It remains to be seen what ‘charges’ Russia has concocted, however it is clear from Kanygin’s account of the two teenagers’ correspondence, that they wrote a lot about Ukrainian nationalism, about the need to fight and not negotiate with the enemy “until he disappears and the border of Ukraine is reinstated as before the war”.

Since it is likely that this correspondence has formed the basis of the extraordinary charges against Hryb, it should be stressed that the above position is shared by the international community, and any strong language or even plans for future action were expressed by two adolescents in the course of private correspondence.

Tatyana had taken her final exams and in June 2017 applied for a passport.  It was a few days later that the FSB [Security Service] turned up at her home. Tatyana and her mother were taken away for an interrogation which took place without a lawyer.  She was forced to sign an undertaking not to divulge any information about the ‘case’, though has told Kanygin that the FSB had access to the young people’s personal correspondence.

The abduction took place under the control of the Krasnodar FSB. Tatyana asserts that she was assured that the FSB did not plan to arrest anybody, that they merely wanted to see if Hryb, who used a pseudonym, was real and ask him some questions.  She says that in exchange for enticing the young man to Belarus, they promised to issue her with a passport.

She says that she agreed, but told Pavlo about everything and that they decided together that they should, nonetheless, meet.  This discussion has proven catastrophic for Pavlo.  His family are less than convinced by the young woman’s story and believe it likely that she is an FSB agent.

Whether or not that is the case, it seems likely that the FSB have used their total access to VKontakte and are now fabricating ‘terrorism charges’ against the 19-year-old Ukrainian they kidnapped, based solely on his private correspondence on social media.  Small wonder that the FSB ‘investigator’ -  Pavel Karpenyuk – should be forcing all those involved to sign an undertaking to not divulge information. Russia has a lot to hide.