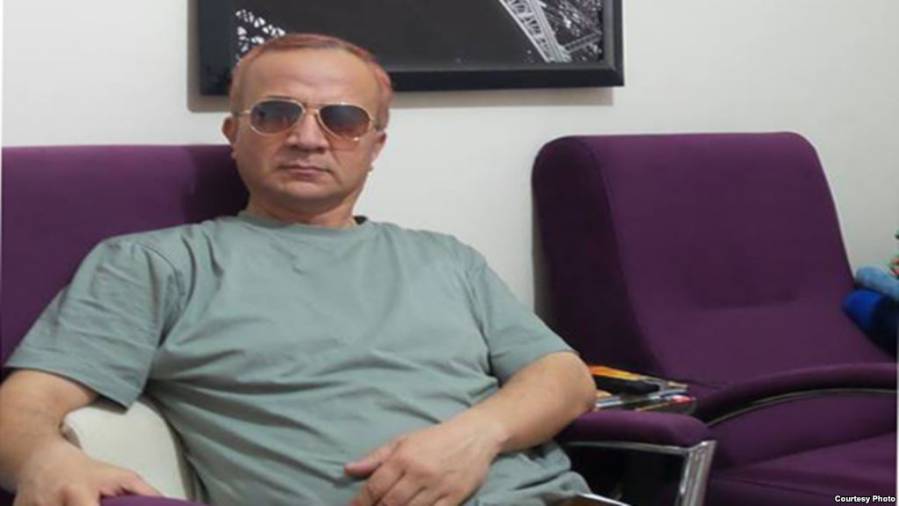 PEN International has added its voice to concerns expressed in Ukraine and by the Committee to Protect Journalists over the detention and possible extradition of Uzbek journalist and poet Narzullo Akhunjonov, who is seeking political asylum in Ukraine.  Akhunjonov’s lawyer and human rights groups believe there are no grounds for holding the journalist in detention and stress the inadmissibility of sending him back to Uzbekistan to face almost certain torture and likely danger to life.

The 51-year-old was detained on September 20 shortly after arriving at Zhulyany Airport in Kyiv, together with his wife and five children where he immediately stated he was applying for political asylum.  If the border guards were obliged to react to the Interpol Red Notice regarding the journalist, the same cannot be said for the Solomyansky District Court which did not need to remand him in custody on September 25.  This is of particular concern since Akhunjonov suffers from a problem with a cataract which has been severely exacerbated by the lack of any medical treatment in detention.

The journalist’s wife and children are now living with another Uzbek refugee in Kyiv and very concerned that he could be forcibly returned to Uzbekistan.  His wife told Radio Svoboda that Akhunjonov “would be dead within three days” if handed over to the Uzbek authorities..

It was understood from the outset that the charge, dating back to 1999, against Akhunjonov was likely to be politically motivated.  PEN writes that his conflict with the authorities dates back to 1998, when he questioned the then President Islam Karimov about a fellow journalist who had been detained. It was after this that he was briefly detained and accused of receiving a two-thousand dollar bribe.

Akhunjonov’s lawyer Oleksiy Fyodorov is critical of Interpol which, he believes, is being used by authoritarian regimes like Uzbekistan for their own repressive purposes.

Certainly the charge in this case is difficult to take seriously.  Well beyond 1999 Akhunjonov had headed a department within Uzbekistan’s state broadcasting company and had  published information about crimes and human rights abuses committed by members of the Uzbekistan authorities.  It was because of the harassment and threats he and his family suffered as a result that in 2013 Akhunjonov left Uzbekistan for Turkey, where he continued to write and give interviews, including to the BBC, critical of the regime in Uzbekistan and of its persecution of Uzbek journalists.

Akhunjonov himself, writing in July 2014, suggested that his troubles stemmed from a February 2012 interview with the BBC, in which he criticized a government official who later became prime minister.

Interpol would have surely rejected any Red Notice request linked too obviously with Akhunjonov’s journalism, but this does not make the 1999 charge seem anything more than a pretext for demanding Akhunjonov’s extradition.

Radio Svoboda spoke with Nadiya Maksymets from the Kyiv Prosecutor’s Office who claimed that Ukraine was obliged to extradite people who are placed on the international wanted list, although the final decision would be taken by the court.  In fact, Ukraine is only obliged to take such Red Notices into account,  and to decide whether there are legitimate grounds for the extradition request.

In this case the grounds seem questionable, and the arguments against extraditing a person to Uzbekistan compelling.  It has long been standard practice for the European Court of Human Rights to apply Rule 39 and halt extradition to Uzbekistan, specifically because of the strong risk that any person returned will be subjected to torture.

Worth noting also, as PEN does, that “in April 2017 the Parliamentary Assembly of the Council of Europe noted that ‘Interpol and its Red Notice system have been abused by some member States … in order to repress freedom of expression or to persecute members of the political opposition beyond their borders’ and called on all member states of the Council of Europe to ‘refrain from carrying out arrests … when they have serious concerns that the notice in question could be abusive’.

Akhunjonov and his family were forced to leave Turkey because of the worsening situation in that country and sought asylum in Ukraine.  Maksymets acknowledges that the court does not have to remand a person facing such an extradition request in custody and it remains unclear why it did so in this case.

The appeal hearing against his detention has been postponed once and is now scheduled for October 19, where it is to be hoped that Akhunjonov will be released to be with his family and to release medical treatment for his cataract.