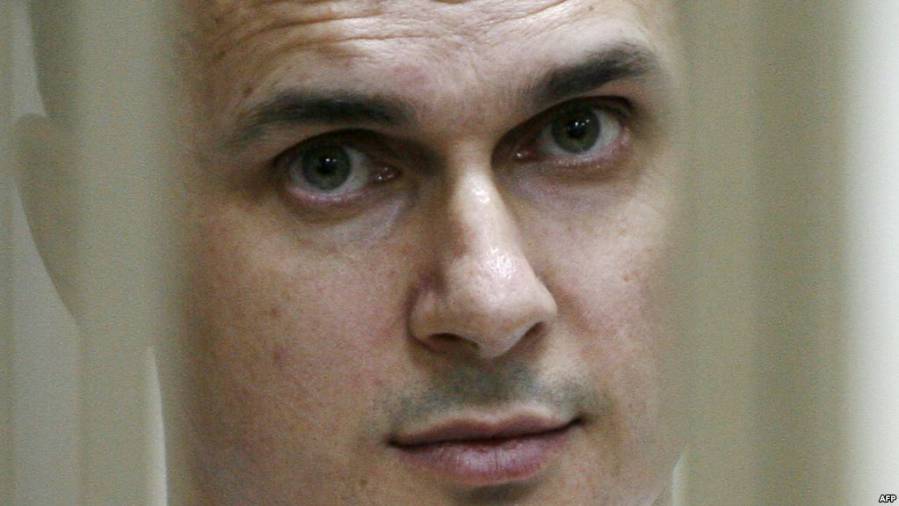 It seems very likely that the Kremlin’s most famous Ukrainian political prisoner, Oleg Sentsov, has been taken to the ‘White Bear’ Prison Colony No. 8 in Labytnangi.  The prison is ‘north of the Arctic Circle’, in the Yamalo-Nenets Autonomous Okrug, and could not be more remote and unsuited for a Ukrainian accustomed to the warm climate of Crimea.

This, unfortunately, may not be the only reason that Moscow has had Sentsov moved.  According to civic activist Yana Goncharova, the prison colony is believed to be ‘red’, that is, one where the staff impose their own brutal regime, with many reports of prisoners having been brutally beaten.

As well as multiple violations of Sentsov’s rights through his imprisonment on ludicrous ‘terrorism’ charges, Russia is also flouting the European Court of Human Rights which has found it in breach of the European Convention to hold prisoners so far from their families.  Up till recently, Sentsov had chosen not to make any applications (useless or not) to be imprisoned closer to Crimea.  He does not, in any case, wish his two children or elderly mother to visit him in prison, and in the former prison colony in Yakutsk, the administration did not engage in any of the brutal tactics found in many Russian prisons.  This could now change.

It is not known why Sentsov was moved from the Yakutsk prison at the beginning of September.  He has been moved between different remand prisons since then with this making it impossible for family and lawyer to maintain any contact or monitoring of his treatment.  This is one of the reasons why such transfers are always particularly dangerous, and are sometimes used to put pressure on a prisoner while totally defenceless.

The first news of Sentsov being moved coincided with the monstrous 8-year sentence passed on Crimean Tatar leader Akhtem Chiygoz, and seemed like a possible ploy, with hopes for his release / exchange deflecting attention from the new political sentence.  There was only ever a flicker of hope, and it does not appear to have ever been warranted, with Moscow simply ensuring that Sentsov is now held in even harsher conditions in the most northern part of the Russian Federation.

It is not even clear whether this is really the final stop, but it is  worth sending Oleg letters or postcards – in the hope that they will reach him and in the knowledge that they act as a message to Moscow and the prison staff that he is not forgotten.

Oleg’s latest letters from prison are translated in full by Voices of Ukraine, for example, here and here.

Sentsov, civic activist Oleksandr Kolchenko and two other opponents of Russia’s invasion and occupation of Crimea - Gennady Afanasyev and Oleksiy Chyrniy - were arrested in May 2014.  They were all held incommunicado, without access to lawyers, for around 3 weeks before being shown on Russian television and declared ‘terrorists’ on May 30.

From the moment Sentsov and Kolchenko were allowed to see proper lawyers, they told the same story, that they had been subjected to torture and pressure to ‘confess’.  Sentsov appears to have received particularly bad treatment and was constantly told that if he didn’t provide the testimony demanded, they would make him the ‘ringleader’, get him 20 years and he would rot in a Russian prison.   Both men withstood the pressure and have always denied all charges.

Afanasyev and Chyrniy initially provided the ‘confessions’ demanded, and received minimum 7-year sentences, effectively in return for testimony against them all, and especially Sentsov.

Chyrniy only refused to give testimony in court, but had before told the Ukrainian consul that he had been ill-treated.

There was literally no evidence against Oleg Sentsov at all.  Kolchenko had taken part in one act of protest in April 2014.  A Molotov cocktail was thrown at the entrance of an organization which had played a major and dodgy role in supporting Russia’s invasion.  They were thrown at night when nobody would be hurt.   Afanasyev and Chyrniy had taken part in two such protests.

The military court in Rostov ignored the lack of any evidence, the absurdity of the testimony provided by prosecution ‘witnesses’ and of the FSB story which had Kolchenko, a left-wing anarchist taking part in a far-right ‘terrorist plot’.  Most importantly, it ignored Afanasyev’s retraction of his testimony and Chyrniy’s refusal to testify in court.

Sentsov was – as the FSB predicted -  sentenced to 20 years’ maximum security prison and Kolchenko to 10.  Both men were taken about as far as could be achieved from their families, lawyers and the international media.