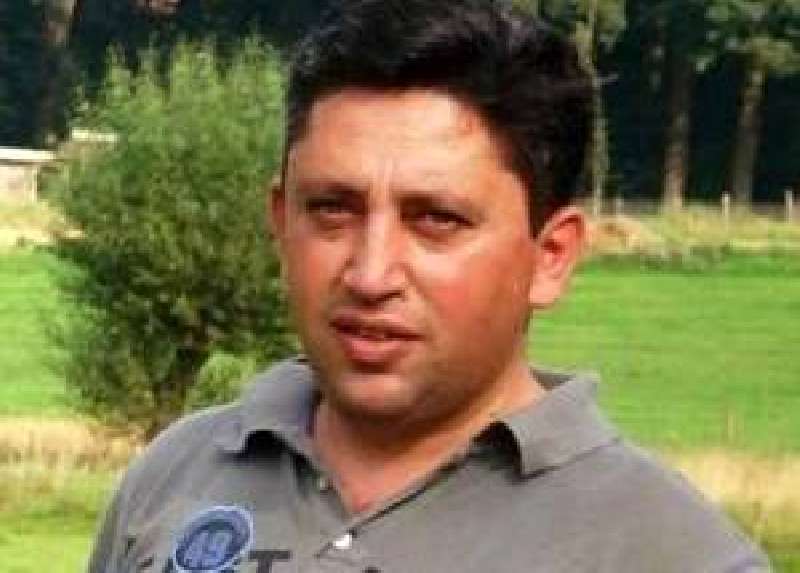 Fikret Huseynli, a journalist working for the opposition TV Turan channel, was detained on October 14 at Kyiv’s Boryspil Airport as he tried to leave Ukraine. Huseynli now holds Dutch citizenship and cannot be forcibly extradited to Azerbaijan, but told colleagues that he feared attempts to abduct him, and noted that there were a number of Azerbaijani officials at the airport.

Although Huseynli had entered Ukraine without any difficulty on October 7, the detention appears to have been because Interpol issued a Red Notice on him, at the request of the Azerbaijani authorities.  Since one of the charges which he would face if forcibly returned is of ‘illegally crossing the border’ when he left Azerbaijan in 2008, the question yet again arises of what checking procedure is in place at Interpol.

The 41-year-old journalist received Dutch citizenship two years ago, which must also place a question mark on the other charge against him, namely of ‘fraud’.

Huseynli is in detention until a court hearing on October 16, but all authorities, including those in the Netherlands, have been informed, and he appears happy with the lawyer provided.

The detention was viewed with particular concern, coming so soon after that of Uzbek journalist and poet Narzullo Akhunjonov, who had arrived, with his family, to seek political asylum in Ukraine.

51-year-old Akhunjonov was detained on September 20, shortly after he arrived at Zhulyany Airport, and there have since been appeals from PEN International, the Committee to Protect Journalists, as well as Ukrainian human rights activists, to ensure his release from custody.

Although he too had an Interpol Red Notice issued on him, everything about his case made it galling that the Solomyansky District Court in Kyiv should have agreed to remand him in custody for two months on September 25.

It had been clear from the outset that the charge, dating back to 1999, against Akhunjonov was likely to be politically motivated.  It arose after he questioned the then President Islam Karimov back in 1998 about a fellow journalist who had been detained. He was briefly detained and accused of receiving a two-thousand dollar bribe.

This appears to now be the charge which prompted the Interpol Red Notice.  It is impossible to find this credible, since Akhunjonov was free after this to head a a department within Uzbekistan’s state broadcasting company and only left Uzbekistan in 2013 (more details here).

There has long been concern about Interpol’s Red Notice system which Russia appears to be using for its persecution of people on charges of involvement in Hizb ut-Tahrir, a peaceful pan-Islamist organization which is legal in Ukraine and most countries.

In 2017, the  Parliamentary Assembly of the Council of Europe noted that ‘Interpol and its Red Notice system have been abused by some member States … in order to repress freedom of expression or to persecute members of the political opposition beyond their borders’.