Janus Putkonen and the Donbas DONi-News - disinformation and misrepresentation 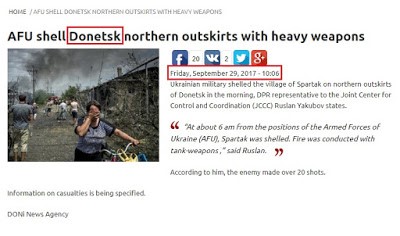 Finnish Janus Putkonen permanently moved to Donetsk in summer 2015.  At that time he founded the so-called DONi-News media company  with Russian money. DONi-News disseminate so-called news to the world, mainly from the self-proclaimed ‘Donetsk people’s republic’.  to the world "news" - mainly - from the Donetsk People’s Republic. Via social media such as Facebook and VKontakte, Putkonen aggressively disseminates disinformation and propaganda to a large number of Finns.

DONi-News can’t be considered a reliable "media", it is a Russian-funded propaganda publication that disseminates propaganda and disinformation to the world, and is intended to create uncertainty for readers. DONi-News is a natural continuation of the work of Putkonen. Before moving to Donetsk, he acted as "editor-in-chief" of Verkkomedia, publishing conspiracy theories and rumors.

In Donetsk, under the guidance of Putkonen and Russian donors, DONi-News is not only the disseminator and creator of disinformation, it can also be regarded as an otherwise active actor. Take, for example, Putkonen’s role in Egorova Leaks (1) and the role of DONi-News “journalists” as mediators of disinformation in the context of "ceasefire violations". While France-24 channel journalists were visiting in the fall of 2016 in Donetsk, DONi-News’s reporter Christelle Néant was on their way to militants arranging a "ceasefire" violation to be blamed on the Ukrainian armed forces. (2) A similar observation was made earlier by VICE Newsreporter Jake Hanrahan. (3) I dare say that arranging the "ceasefire" was known to Putkonen, the presence of the "journalist" of DONi-News can be considered as one proof - thus immediately "information" about the "ceasefire" is given to the world.

DONi-News publishes almost daily news of shelling carried out by Ukrainian troops and a large number of defeats and destroyed buildings of "People’s Republic". An example of this can be the news of September 29th 2017: AFU shell Donetsk northern outskirts with heavy weapons (screenshot).

Interesting on this news is that the picture has been used earlier, it is taken on July 2nd 2014 by Valerii Melnikov (RIA Novosti) and that image is from the Luhansk Oblast area. In addition, the image is also turned into a mirror image in DONi News 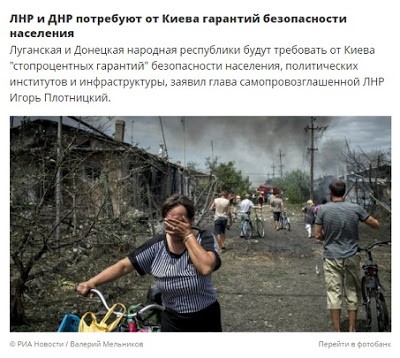 The fact is that the old picture is used for years ago and that the original image is turned into a mirror image, combined with recent news coverage, throws suspicion over the news of DONi News. – again.

This is not the first time that DONi News will be misleading with its illustrations and headlines. Take, for example, the next picture collage, which I have put two propaganda “news” published by DONi News, using a photo taken after a rocket attack by the Russian forces in January 2015. The target was the Mariupol controlled by Ukraine.

On the left, two news from DONi News, the highest on June 6th 2017 and the lowest on February 28th 2017 - the same image in both news, whose obvious purpose is to raise the audience with strong feelings - perhaps hate. The image was originally taken on January 24th 2015 (right) in Ukraine’s controlled Mariupol, at that time the city was shot by Russian forces on BM-21 Grad MLRS. There were 30 civilians killed in the rocket attack, with a more than hundred civilian injured. 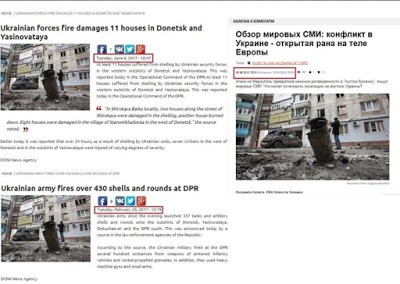 Janus Putkonen distributes DONi-News regularly on various conspiracy theories and "news" about shot down of Malaysia Airlines Flight MH17. He seem an innate theory in which flight MH17 was shot down by the Ukrainian Air Force Sukhoi Su-25 attack plane. During the spring and early summer 2017, Putkonen published at least three MH17 "news". Alongside them, he publishes Facebook messages on this subject, pointing them to Finnish readers. 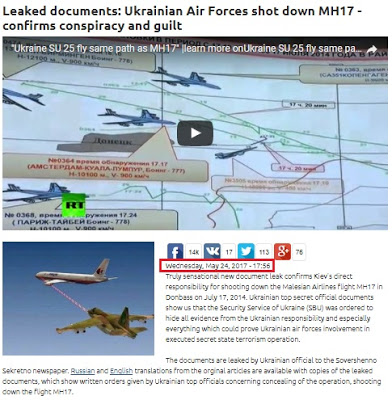 Wider attention was given by Putkonen and DONi News during the winter, DONi News divide a “news” by the thousands of American main battle tanks that are brought to Europe to threat the Russia. Atlantic Council’s DFRLab made on this "news" an excellent and well-documented report “Three thousand fake tanks”. (4) In April 2017, DONi News was also actively divide a propaganda about the arrival of the "Islamic Battalion" to Mariupol. It was one of the first, if not the first, "media" to share this propaganda news. 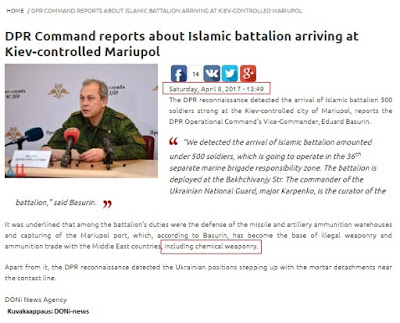 For Finns, Putkonen has presented himself as a “freedom fighter”, but at the same time he urges foreign journalists to show loyalty to the “People’s Republic”. It is also impossible to reconcile the role of the "freedom fighter" as a collector of data on journalists, their evaluation and forwarding of information on security forces on Donetsk "People’s Republic", a fact that was revealed in connection with Egorova Leaks. (5)

To Finland and Finns, Putkonen together with Johan Bäckman also shares targeted propaganda, the latest one being his plan for Nova-Finland, just like Novorossiya - separatism in Finland. The credibility of such plans is not high, but their task is to create confusion and mislead "useful idiots" in Finland, compare this Russian media reports about "separatism in archipelago of Åland". (6)