Detention or Abduction? Another blogger & asylum-seeker detained in Ukraine 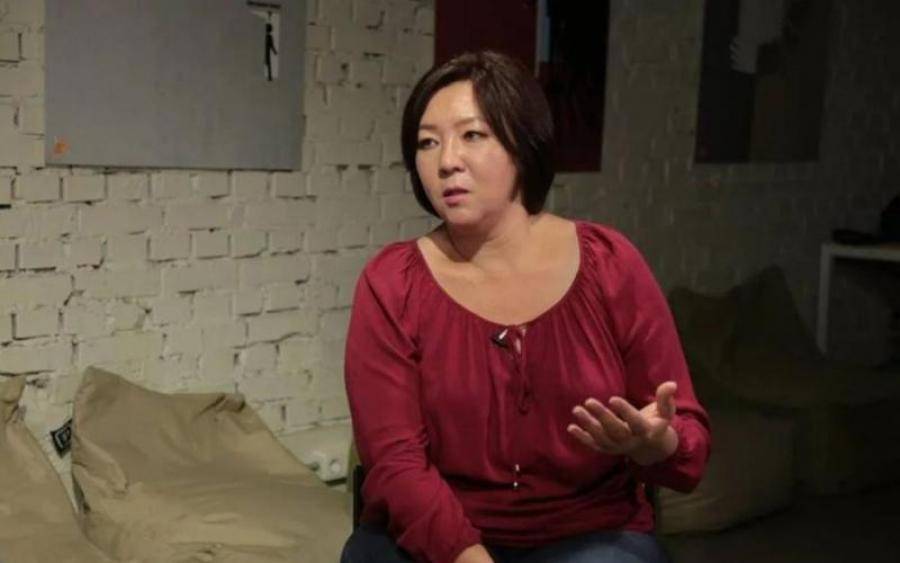 Kazakhstani blogger and activist Zhanara Akhmet has become the latest of at least three journalists and activists from post-Soviet countries to be detained by the Ukrainian authorities in the last six weeks. She has made disturbing allegations about what looked much more like an attempted abduction, than supposed compliance with yet another Interpol Red Notice.

Akhmet arrived in Kyiv in March 2017 and applied for asylum.  The very fact that she is currently an asylum-seeker would make her forced return to Kazakhstan a grave breach of international law.

Two men in plain clothes arrived at Akhmet’s Kyiv flat in the evening of 21 October, claiming to be police officers.   They tried to take her away, asserting that she was wanted for ‘fraud’, and ignoring Akhmet’s documents indicating that she was legally present in Ukraine.  She called the building’s janitor, the police and also lawyer Vladislav Hryshchenko.

On one of the videos she posted, Akhmet pointed out that the men had not explained in whose care her child would be while she was in detention.  She told them that she believed she would be abducted and taken to Kazakhstan if she went with them and noted that the men had turned up late on Saturday evening.  She believed that the aim was to detain her during the weekend when it would be easier for the Kazakhstan security service to abduct her.  The official either pretended to know nothing about the case, or was genuinely ignorant, but showed no interest in doing anything but detaining her.  One crucial point is that Akhmet was not on any wanted list when she left Kazakhstan, with this clearly making the later use of the Interpol Red Notice system rather suspect.

Akhmet only relaxed and turned off the recording after lawyer Vladislav Hryshchenko arrived.

She later asserted that the men who turned up at her home had lied.  She had now been  informed that the Ukrainian enforcement bodies were still awaiting details from the Kazakhstan Interpol about why the blogger and activist is on its wanted list. This, she suggests, means that they had no grounds to appear and try to detain her.  She also asserts, very worryingly, that one of the men, who identified himself as Oleksandr Osypenko, had tried to take her phone off her and had used physical force.  She states that she has bruises from this force, and a ripped sleeve, which her lawyer has recorded.

Her lawyer has since explained that Akhmet is allegedly suspected of “an attempt on the first President of Kazakhstan”.  This, at least, is what the article of the criminal code mentioned in the wanted documents [Article 177] pertains to.

The real reason, Hryshchenko is convinced, lies elsewhere.  “As far as we can understand, she is effectively persecuted for her political activities, and specifically for posts on Facebook on which she called on people to come to the court and show support for leaders of the opposition during court trials”, her lawyer says.

There is no news as yet of the court hearing, scheduled for October 23, on whether to remand Zharara Akhmet in custody.

As mentioned, Ukraine’s authorities have recently detained two other journalists.  51-year-old Uzbek journalist and poet Narzullo Akhunjonov was detained on September 20, on his  arrival at Zhulyany Airport, together with his wife and children.  It seems clear that the charges Uzbekistan has brought against him are politically motivated and that his life could be in danger if he were returned by force.  He was nonetheless remanded in custody, and was only released on Oct 18 due to his state of health, with the extradition request still being concerned.

Fikret Huseynli, a journalist working for the opposition TV Turan channel, was detained on October 14 at Kyiv’s Boryspil Airport as he tried to leave Ukraine. Guseinov now holds Dutch citizenship and cannot be forcibly extradited to Azerbaijan, but told colleagues that he feared attempts to abduct him, and noted that there were a number of Azerbaijani officials at the airport.  He was remanded in custody on Oct 17, although the court did stipulate a shorter 18-day period in order for the necessary documents to be provided.

Bernd Fabritius, Rapporteur for the Council of Europe Parliamentary Assembly [PACE] has issued a strong statement regarding the “abusive use of the Interpol Red Notice system to persecute human rights defenders and opposition politicians”.  In the statement from 20 October he expressed particular concern over Ukraine’s detention of   Akhunjonov and Huseynli.

He notes that this is not the first time that Ukrainian authorities have detained people whose extradition has already been rejected by the country who gave them political asylum. “It would appear that the filtering mechanism put in place at Interpol to avoid publishing notices targeting political opponents and in particular persons granted refugee status and whose extradition had been refused by a court decision is still deficient”, he says.

See also the PACE previous statement on the “Abusive recourse to the Interpol system: the need for more stringent legal safeguards” (Resolution 2161 (2017)