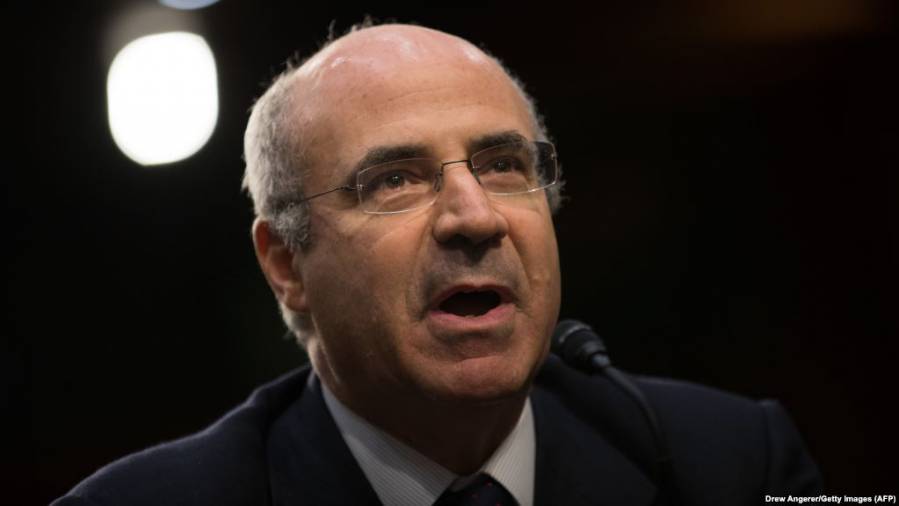 In April 2016, the head of Russia’s powerful Investigative Committee instructed his subordinates to examine the potential "complicity" of U.S.-born British businessman William Browder -- once Russia’s largest portfolio investor -- in the "murder" of his former employee, Sergei Magnitsky.

It was a bizarre twist in the saga of Magnitsky, whose 2009 death in a Moscow jail resulted in a 2012 U.S. law bearing his name that slaps sanctions on Russians deemed to be human rights abusers. Browder vigorously lobbied for the law, arguing that Magnitsky was tortured and denied medical treatment for blowing the whistle on a massive tax fraud allegedly involving Russian law enforcement and tax officials.

The law was said to be at the center of a meeting between a Russian lawyer, Donald Trump Jr., and other confidants of U.S. President Donald Trump at a controversial meeting in New York in June 2016.

But for 18 months, it was unclear if this probe had gone anywhere.

According to an October 22 report by The New York Times, however, Russian authorities are indeed pursuing a possible murder charge against Browder -- and citing evidence that parrots widely mocked claims presented in the documentary broadcast on Rossia-1 television a day prior to the Investigative Committee’s announcement.

Citing documents obtained from a court docket by a lawyer for Magnitsky’s family, the Times reported that Russian prosecutors allege Browder colluded with a representative of Britain’s MI6 to convince doctors to withhold medical care to "cause the death of S.L. Magnitsky" while he was in custody.

RFE/RL reached out to Browder, who said he was not immediately able to provide a copy of the documents in question.

Prosecutors, according to the Times report, also cite alleged intercepts of intelligence communications and suggest the goal of the purported plot was to start "a significant news trigger to discredit" Russia.

They also cite claims made in the Rossia-1 documentary, including that Browder was in cahoots with Navalny in a purported secret operation titled "Quake" -- with Browder supposedly using the code name "Solomon" and Navalny using the moniker "Freedom."

The documentary featured scans of alleged secret U.S. and British documents concerning Browder, Navalny, and Magnitsky that were widely ridiculed as crude fakes based on their clumsy syntax and grammatical mistakes -- including improper use of English indefinite and definite articles that often stymie native Russian speakers.

The claims by Russian prosecutors, as reported by the Times, echo one alleged CIA document from 2009 shown in the Rossia-1 program with the awkward subject line: "Report on the health status of a Sergei Magnitsky."

The document purports that Browder ("Agent Solomon") "was offered by proxies in the Russian Federal Penitentiary Service to arrange the termination of any medical services for Magnitsky...which could lead to his death."

That document is signed by “V. Plame” -- an apparent reference to former CIA covert officer Valerie Plame, who was exposed by officials in the administration of President Georgia W. Bush after her husband criticized the U.S. invasion of Iraq.

Plame on Twitter called the document, purportedly from 2009, "such nonsense" and noted that she left the CIA in 2007.

The Russian Investigative Committee did not respond to an e-mail seeking comment on The New York Times report, and officials there could not immediately be reached by telephone.

The report was published just days after Canada on October 19 passed its version of the Magnitsky Act, a move that Russian President Vladimir Putin called "unconstructive political games."

Browder, meanwhile, is claiming that Russia has placed him on an Interpol list, and that his U.S. "global entry status" -- which can expedite entry to the United States -- has been revoked by U.S. officials, The Guardian reported.

Interpol has previously refused to place the investor, whom Russia convicted in absentia on tax-evasion charges in 2013, on an international wanted list at Moscow’s request.

The Guardian reported over the weekend that Russia had used a loophole allowing governments to place individuals on the Interpol database unilaterally.