‘The enemy was just under our windows…’ – Anastasia from IrpinUkraine hammered by Court in Strasbourg for endless torture of life prisoners Reform strategy of medical care for prisoners (updated)Reform of the Penitentiary HealthcareFive years of the penitentiary medicine reform: a sad anniversaryUS imposes sanctions on former Yanukovych aide Andriy Portnov for corrupting Ukraine’s courts The Security Service Bill is a direct threat to democracy and the rule of law in Ukraine“Kyiv Post has been killed”. Journalists cry foul as crucial Ukrainian English-language newspaper abruptly closes New bill on the Security Service is in breach of Ukraine"s Constitution and human rights standards Vital chance for justice after Ukrainian Constitutional Court ruling What is next?The main threat is in ourselvesSSU Reform: Challenges and Prospects. The StudyThe Izoliatsiia Grinder in Russia-Controlled Donets’kRussia imposes prison sentences for donating to ‘undesirable NGOs" and adds Bard College to its blacklist Zelensky imposes sanctions against men who fought for Ukraine in Donbas Reform strategy of medical care for prisonersPrisoners’ rights to health protection and medical care in 2014-2021: KHPG reportПрава в’язнів на охорону здоров’я та медичну допомогу (матеріали вебінару ХПГ 18.06.2021)Prisoners’ rights in Ukraine 2014-2021: KHPG report
• Topics / Politics and human rights 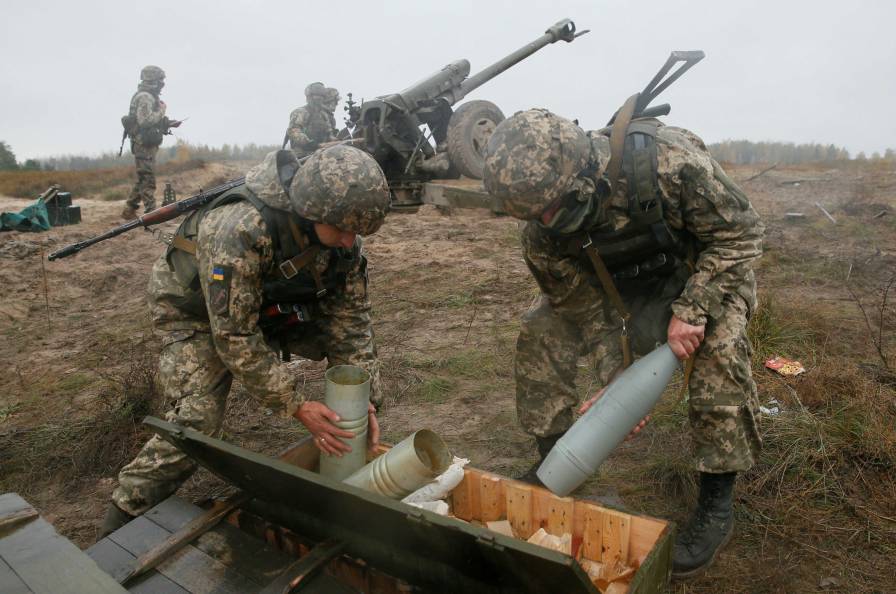 Ukrainian servicemen prepare a shell for a 122mm D-30 howitzer during military exercises near the village of Divychky in Kiev region, Ukraine October 26, 2017. REUTERS/Valentyn Ogirenko

It is easy to despair about Ukraine ever reforming and becoming a normal European state. Nevertheless, such despair would be a mistaken response to the flood of stories depicting obstructions to reform—even if they are true. While anyone who has dealt with Ukraine in the last twenty-five years has experienced the frustrations of trying to achieve innovation and reform there, that is only one side of the picture.

In fact, the passage of a new health care reform and the vitality of civil society, expressed in the unceasing pressure for reform and the recent round of demonstrations on the Maidan, signify that Ukrainians will not stand for the status quo. The impulse that began a generation ago under Mikhail Gorbachev continues today, despite multiple obstacles.

It is easy to posit that reform in Ukraine is hopeless, or that because of a “recidivist” political culture there, nothing is getting done. Worse yet, some may read the recent Chatham House report as indicating that an actual reversal of reform is possible. This report is alarmist, and there are many valid reasons for sounding the alarm. But it also shows where reform has been achieved, where the current struggle for reform lies, and how the country may move forward.

Neither Ukraine nor its well-wishers abroad can afford the luxury of despair over its prospects for reform. Instead, all parties must redouble their efforts to keep the pressure on to help Ukraine move in the direction that its citizens have already marked for themselves. This means not only continuing to pressure government and economic elites—abroad as well as domestically—to implement reforms and clean up the pervasive corruption that has long characterized Ukraine. It means pressing the presidential administration to finally put an independent anticorruption court into place. It also means giving Ukraine the resources it needs to defend itself, including weapons, while simultaneously insisting that they be used effectively to that end.

In defense, it means that foreign governments must ceaselessly pressure Ukraine’s antiquated and corrupt ministry of defense to get officers and new weapons that are battle tested into the field, and to reform its bureaucratic structures and eliminate corruption while remaining accountable to civilian power and the Rada. In economics, it means cleaning up corruption, eliminating the obstacles to a rational energy economy, and enabling both domestic and foreign investment to compete on equal grounds with insiders and oligarchs. Of course this is only a short list of what must be done, since reform must embrace all areas of governance and the economy, as well as the military.

The impulse of civil society to continue demanding reform and Europeanization owes much to the fact that Russia continues its war of aggression without any letup. This war has done more to solidify a sense of national unity than anything else, and it clearly focuses peoples’ minds upon the enemy: namely, the corruption that corrodes the state and has invited Russia into Ukraine’s politics and territory. It was corruption that allowed Russian President Vladimir Putin to put pressure on the regime of former Ukrainian President Vladimir Yanukovych and to infiltrate that government from top to bottom and across a host of ministries. And it was corruption that enfeebled its military and police organs to the point where they could not respond to the invasion in 2014.

All of that is over. War has focused public opinion in ways that were unimaginable in 2014. Reform may be sidetracked or meet with temporary obstruction, since revolutionary fervor cannot be sustained indefinitely. But the threat of further Russian aggression and the explosion of virulently anti-Ukrainian sentiment in the Russian media suggests that talk of Slavic brotherhood will go nowhere in Ukraine for a long time to come. Nationalism, properly harnessed, can be the force that drives Ukraine back to Europe, just as it did Eastern Europe in 1989-91.

It is up to outside observers to not lose heart in Ukraine and to continue the essential task of pressuring Kyiv to reform and use Western support in optimal ways. The stakes in Ukraine are no less than European security, for Moscow sees itself as being in a war against the West as a whole, not just with individual states like Ukraine or the United States. One of the great lessons of the last generation, and perhaps one that must be relearned, is that European security is indivisible. Failure to remember that principle when it comes to Ukraine will simply result in yet another state being added to Russia’s menu once it has finished corrupting and conquering Ukraine. And that is intolerable.

Stephen Blank is a senior fellow at the American Foreign Policy Council. He is a former MacArthur Fellow at the US Army War College.