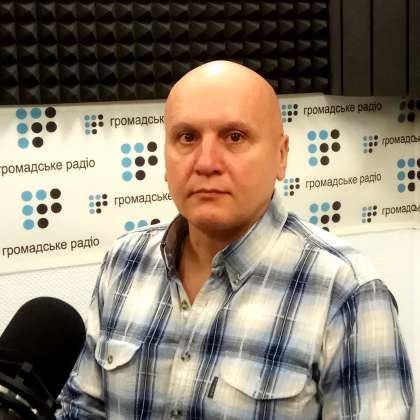 Hryhory Larionov was subjected to torture while illegally held in Russian prison colonies because of his refusal to take on Russian citizenship.  He is now planning to demand compensation from the Russian Federation both for the torture, and for the fact that he has been prevented from returning to Crimea.  He says that all prisoners who reject Russian citizenship face particularly bad treatment.

The Crimean Human Rights Centre reports that Lavrionov now has serious health problems as a result of the time he spent in a Russian prison and needs treatment  at present the Ukrainian is living at the human rights group’s office, and is desperately in need of help.  In order to receive state assistance, he needs to provide documents from his wife.  There is no postal service between occupied Crimea and mainland Ukraine, and no way he can provide the documents.  He hopes to bring his wife and two young children to mainland Ukraine, but this must obviously wait until he has somewhere for them to live.

It was the lawyer of political prisoner Oleksandr Kostenko who first drew attention to the plight of Larionov and two other Ukrainians held illegally in a Kirov region prison. Dmitry Sotnikov reported back in March 2016 that these men and possibly many others had been deprived of their right to amnesty under Ukrainian law and taken against their will to Russia where they had been effectively ‘re-convicted’ of the same charges under Russian law.

Sotnikov reported then that Larionov had been deliberately placed in a punishment cell so that the Ukrainian consul Hennady Breskalenko was not able to see him.

Larionov has now told Hromadske Radio that the situation in his case was rather different.  He faced criminal charges, he says, only after Russia’s invasion, though he was accused of two accounts of theft from long before annexation, in 2011 and 2013. He asserts that this was aimed solely at appropriating his business and property, and that no evidence was ever provided.

It should be stressed that even without any additional questions about the grounds for the charges, Russia’s behaviour towards Ukrainian prisoners is already in grave breach of international law.  So too are any attempts to force people to accept Russian citizenship, and the methods to punish those who refuse.  These include physical violence by prisoners who enjoy privileges in payment for doing the prison administration’s dirty work and failure to provide medical care.   Prisoners can also be beaten by prison staff, and Larionov says that this happened to him twice.

Larionov tried to defend his rights but explains that this effectively only became possible after the Ukrainian consul was finally able to see him.  From then on, until his release, the consul tried to monitor the situation and prevent violations of his rights.

Russia has now, he says, effectively exiled him from the land where he was born and grew up, where he has a wife, children and home.

Human rights activists believe that Russia could be foisting its citizenship on more than a thousand Ukrainians who were serving sentences when Russia invaded and annexed Crimea.