‘The enemy was just under our windows…’ – Anastasia from IrpinUkraine hammered by Court in Strasbourg for endless torture of life prisoners Reform strategy of medical care for prisoners (updated)Reform of the Penitentiary HealthcareFive years of the penitentiary medicine reform: a sad anniversaryUS imposes sanctions on former Yanukovych aide Andriy Portnov for corrupting Ukraine’s courts The Security Service Bill is a direct threat to democracy and the rule of law in Ukraine“Kyiv Post has been killed”. Journalists cry foul as crucial Ukrainian English-language newspaper abruptly closes New bill on the Security Service is in breach of Ukraine"s Constitution and human rights standards Vital chance for justice after Ukrainian Constitutional Court ruling What is next?The main threat is in ourselvesSSU Reform: Challenges and Prospects. The StudyThe Izoliatsiia Grinder in Russia-Controlled Donets’kRussia imposes prison sentences for donating to ‘undesirable NGOs" and adds Bard College to its blacklist Zelensky imposes sanctions against men who fought for Ukraine in Donbas Reform strategy of medical care for prisonersPrisoners’ rights to health protection and medical care in 2014-2021: KHPG reportПрава в’язнів на охорону здоров’я та медичну допомогу (матеріали вебінару ХПГ 18.06.2021)Prisoners’ rights in Ukraine 2014-2021: KHPG report
• Topics / Social and economic rights

Pragmatism Prevails over Populism in Ukraine 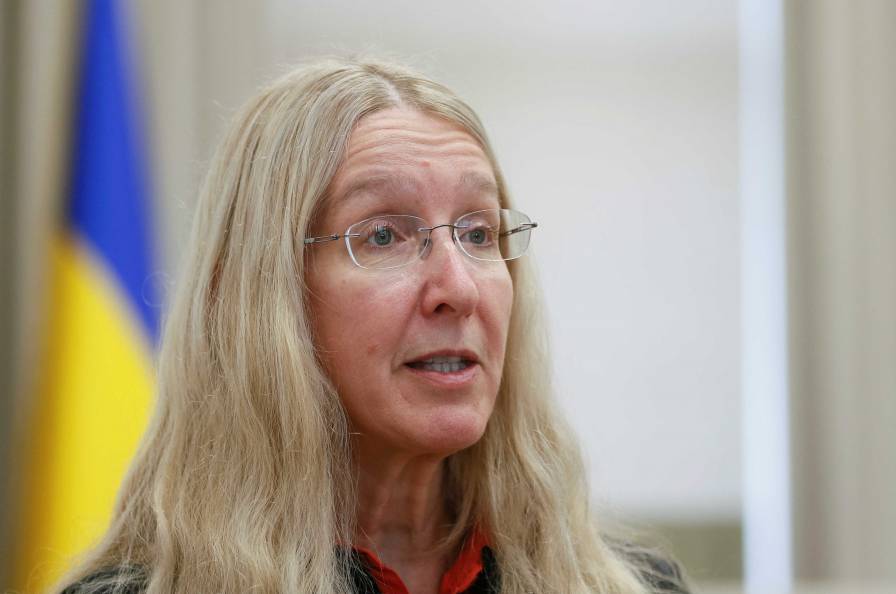 Successful politics is about getting things done. By that standard, October was a successful month. Not only did the government pass sweeping healthcare reform, pension reform, and judiciary reform, it also staved off populist protests. In short, pragmatism prevailed over populism.

Each of the reforms passed was significant, but healthcare reform was the most far-reaching. This legislation will provide state insurance for all citizens and free medicine to those with chronic diseases; it also promotes the prevention of disease through healthy lifestyles, grants subsidies for internally displaced persons due to the war in the Donbas, and establishes patient-doctor contracts. The overall effect will be substantial: patients will receive better healthcare, the state will provide a safety net, and medical professionals will be able to earn a normal salary based on the number of patients they treat rather than receive a fixed subsistence salary from the state.

Pension reform creates an understandable and transparent system to allow workers to “catch up” after years of not paying into the system; more important, it raises pensions in the short term. Critically, the passage of pension reform is a key requirement for Ukraine to receive the next tranche from the International Monetary Fund.

Judicial reform is more technical in nature, but ultimately, the legislation makes the Supreme Court the venue for appeals, modernizes the system through the adoption of e-governance, and increases the role of official court fees in financing the system.

Were the reforms perfect? No, but they will positively and concretely improve the lives of ordinary Ukrainians. Were compromises made to achieve passage of the reforms? Yes, but pragmatic leaders know the importance of winning a partial battle today to achieve a full victory tomorrow.

Persuading Ukraine’s parliament to pass any substantive legislation is a herculean task. Yet the government was able to assemble 288 votes for pension reform, 242 for healthcare reform, and 234 for judicial reform—in each case, considerably above the required minimum of 226 votes. The governing coalition consisting of the Petro Poroshenko Bloc, the People’s Front, and some independent MPs consistently voted in favor of the reforms, but those factions lack the 226 votes needed for passage by themselves. Each time, the government was able to find situational partners.

In contrast, populists like Mikheil Saakashvili and Yulia Tymoshenko’s party protested outside of parliament during the adoption of healthcare reform. They demanded the establishment of an anticorruption court, a new electoral code, and the elimination of parliamentary immunity, but primarily they desired power for themselves. Thus, they seized on the issue of eliminating parliamentary immunity, which has long been a political ploy for Ukrainian politicians. Our Ukraine used the issue effectively in the 2007 parliamentary elections to win seats in parliament, but was then unable to deliver on the promise to abolish it. As a result, the public remains cynical that immunity will ever be abolished. In the end, parliament voted to send the draft law to the Constitutional Court for an opinion, a typical way to postpone the issue indefinitely.

Protestors also pushed for electoral reform. But rather than advocate genuine reform that would make Ukraine’s electoral system more democratic and transparent, they attempted to pass legislation that is in their personal political interests, proposing the installation of a system that would favor their own political party. For example, Yulia Tymoshenko, whose faction voted against healthcare, pension, and judicial reform, pushed for a bastardized “open list” election system that would strengthen the power of political party bosses at the expense of the people. Not surprisingly, these ploys failed to gather support in parliament—and have limited appeal with the public.

Now Ukraine’s parliament can begin debate on a coherent electoral system that protects geographic boundaries while diluting the power of the party bosses. Adjusting the current fifty-fifty system from a closed party list to an open party list system based on European models like Lithuania, while simultaneously maintaining district representation, would be the optimal system if parliament wants to make a change. The most important thing is that the debate on electoral reform is beginning.

November is a new month with other challenges, but last month, Ukrainian leaders showed they are capable of delivering concrete, important results to the Ukrainian people.

Brian Mefford is a senior nonresident fellow at the Atlantic Council’s Eurasia Center and managing director of Wooden Horse Strategies, LLC, a communications, governmental relations, and risk analysis firm based in Kyiv, Ukraine.