Abducted & tortured Crimean Tatar: “If I don’t speak out, they’ll come for others” 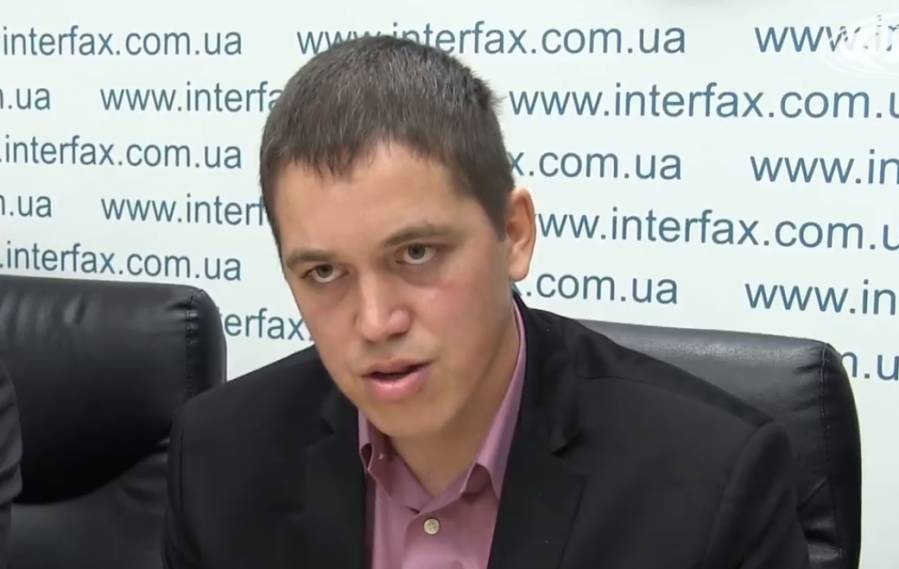 We cannot know how many Ukrainians the FSB have abducted and tortured in Russian-occupied Crimea to extract ‘confessions’ to non-existent crimes, however Renat Paralamov hopes that his refusal to remain silent can help prevent the number becoming even higher.  The 31-year-old Crimean Tatar has paid a high price for his courage, since he and his family have had to leave Crimea for Kyiv where Paralamov is planning to become involved in campaigning against torture.

As reported, Paralamov  was effectively abducted on September 13, after men in masks turned up at the home he was sharing with his wife, four children, and his parents-in-law.  He doesn’t know why they targeted him, but had taken an active part in collecting money to pay the ever-increasing number of fines which the regime is using to try to crush opposition.  He had also never concealed his religious views, nor his attitude to the “given situation on the peninsula”.

The paper the men waved in front of Paralamov  gave permission only for an ‘inspection’, however the men reacted aggressively when he pointed this out.

It was noticeable that the two men who had FSB insignia quickly tried to conceal it after a large number of neighbours and friends gathered.

The family was not given a copy of the ‘inspection’ order, and Paralamov recalls only that it mentioned Viktor Palagin, the notorious Russian FSB General brought into Crimea soon after Russia’s invasion and annexation.

Paralamov refused to sign the document and also demanded that they call different ‘witnesses’, not those whom they had, in breach of the law, brought with them.

He was not informed of any charges, etc., simply forced into their car and taken away, with a bag over his head and in handcuffs.  He was taken to a building, where most of the torture took place.

They began by asking basic questions.  Paralamov, who still had a bag over his head, immediately cited his constitutional right to not answer, and demanded to have a lawyer present.  The men laughed, and then a man, whose voice Paralamov recognized as being one of the men who’d arrived at his home, came up and punched him in the chest, saying that he was his ‘lawyer’.  The next punch was to the back of the neck.

It should be noted that this is very similar to the treatment of at least five Ukrainians  arrested in 2014 whom the FSB claimed were carrying out ‘sabotage’ for the Ukrainian military in Crimea.  Three of the men – Redvan Suleymanov, Volodymyr Prysich and Oleksiy Stohniy have since been jailed on charges quite different from what they supposedly ‘confessed to’.  Two other men – Yevhen Panov and Andriy Zakhtei – have given an account of the torture methods used to extract their ‘confessions’ that is very similar to what Paralamov describes.

Lawyer Edem Semedlyaev believes it possible that the FSB might have planned such ‘saboteur’ charges in Paralamov’s case also.

Paralamov  himself was told that he would be put on trial in about six months and would get a three-year suspended sentence.  They said that they would provide their ‘lawyer’ so that he didn’t turn to independent lawyers like Semedlyaev and Emil Kurbedinov.  If he tried to run away, they said, they would pass to the media his ‘agreement’ to collaborate with them.

Thankfully, the FSB miscalculated, as it has done on many occasions before, in occupied Crimea.  There was immense concern and widespread publicity after Paralamov  was taken away and simply disappeared, and there was no possibility at all of hiding the shocking state he was in when simply dumped by the FSB at the Simferopol coach station.  It is an indicator of the regime of terror that the FSB has imposed that the first two hospitals they tried to take Paralamov  to refused to admit him, although he was very clearly in need of hospital care.

The torture he was subjected to was also widely reported, as was the detention of Emil Kurbedinov and a number of Crimean Tatar activists who were waiting with Paralamov’s mother the next day as she demanded, without success, to see the head of the FSB.  They were detained after Paralamov  recognized one of his abductors and torturers in a man leaving the building.  It is now known that this was Andriy Volodymyrovych Sushko, a former Ukrainian SBU officer who switched allegiance after Russia’s invasion.

Paralamov spoke publicly the same evening after his release, together with Emil Kurbedinov, making it dangerous for him to remain in Crimea.  He has now explained that he left the peninsula within several days, having only risked spending one night in his own home.  He was in hospital in Kyiv for 15 days, recovering from his ordeal, but needed to wait until his wife and four children were safely out of Crimea before he gave any press conference or interview.