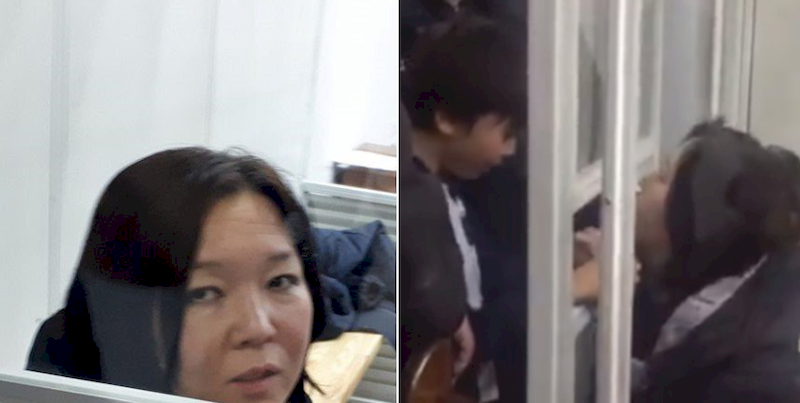 Ukraine is continuing to show baffling readiness to collaborate with repressive regimes seeking to persecute political opponents.  Journalist and blogger Zhanara Akhmet is facing imprisonment in her native Kazakhstan, almost certainly linked with her criticism of the regime of Nursultan Nazarbayev.  It was for this reason that she came to Ukraine in March 2017, together with her 9-year-old son, and applied for asylum.  That alone should have precluded her initial detention, but did not, and now a second court has not only rejected the application from an MP and prominent human rights activist to release the journalist on their guarantee, but has reportedly allowed the prosecutor’s demand for 60 days detention, pending a decision on extradition.

Akhmet has been on hunger strike for the past week in protest at her detention and enforced separation from her son who is being looked after by friends.  The young lad is understandably distressed by the situation and by having to see his mother held in an effective cell inside the courtroom.

Akhmet is the third journalist from post-Soviet countries to have been detained by the Ukrainian authorities in the last two months on the basis of an Interpol Red Notice.  Both Narzullo Akhunjonov from Uzbekistan, and Fikret Huseynli from Azerbajan have now been released from custody, however the threat of possible extradition is still hanging over them, as it is over Akhmet.

The threat should be strictly theoretical, since both Akhunjonov and Akhmet are still within asylum-seeking procedure, and Huseynli has already been granted political asylum in the Netherlands.  Unfortunately, the very fact that each was remanded in custody at all makes it difficult to feel real confidence.

One of the most worrying aspects, as reported at the time, was in the highly irregular initial attempt to detain Akhmet.

Two men in plain clothes arrived at Akhmet’s Kyiv flat in the evening of 21 October, claiming to be police officers.   They tried to take her away, asserting that she was wanted for ‘fraud’, and ignoring Akhmet’s documents indicating that she was legally present in Ukraine.  She called the building’s janitor, the police and also lawyer Vladislav Hryshchenko.

She later asserted that the men who turned up at her home had lied.  Since the delay now is because Ukraine’s Prosecutor General is awaiting details from the Kazakhstan Interpol, there had been no grounds for turning up (on a Saturday evening!) to detain her.  She accuses one of the two men of having used physical force to try to take her mobile phone off her, and says that the lawyer has recorded the bruises this caused.

While all member states must take Interpol Red Notices into account, they are certainly not obliged to detain a person if the charges seem flimsy or politically motivated. Nonetheless, on Oct 24, the Kyiv—Svyatoshynsk Court ruled that the 48-year-old journalist and solo mother should be remanded in custody for 18 days. The 18 day period is at least in accordance with European recommendations, unlike the 40-day detention demanded by prosecutor Yulia Savostina.

On Nov 2, an application was made by MP Svitlana Zalishchuk and the Executive Director of the Ukrainian Helsinki Human Rights Union Oleksandr Pavlichenko to the Shevchenkivsk District Court asking for Akhmet to be released on their guarantee.  Instead the court allowed the counter-demand from the the prosecutor for the full 60 day detention, though on what grounds remains unclear.

Svitlana Zalishchuk expressed outrage and noted that “Ukraine risks getting the reputation of a country that arrests and extradites well-known opposition figures from authoritarian countries that are friends with [Russian President Vladimir] Putin.”’

Ukraine’s readiness to ignore likely political motives is particularly disturbing given the number of political prisoners held by Russia on totally fabricated charges.

Zalishchuk notes that Akhmet had faced fines in Kazakhstan merely for posts on Facebook, as well as a security service protocol drawn up over allegedly jaywalking.

She is equally scathing about the fact that the documents the prosecutor wants added to the case have not been properly notarized, and some seem fairly dubious.

The video of Zhanara Akhmet and her son being parted should be passed to all Ukrainian officials with a hand in this extraordinary case.  What they hope to achieve remains a mystery, unlike the real and totally gratuitous suffering they are causing a young child and the equally tangible damage that such a situation must do to Ukraine’s reputation.  International attention is vital before the appeal hearing against Thursday's ruling.