Why Russian writer Boris Stomakhin is in prison, Zhirinovsky & Kadyrov in powerBoris Stomakhin receives a five-year sentence in Moscow
• Topics / News from the CIS countries 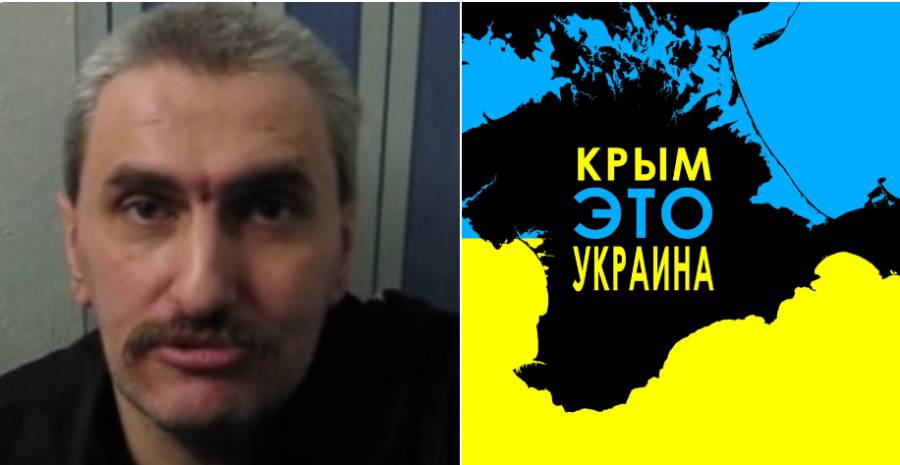 Boris Stomakhin, a Russian writer serving a six-year prison sentence in Russia for supposed ‘extremism’ has been honoured ‘For Courage’ by the Andrei Sakharov Committee on Journalism as an Act of Conscience  The Committee, whose awards are for “activities in keeping with the values upheld by Andrei Sakharov, posted Stomakhin’s 2014 article ‘Crimea is Ukraine’ in full.

In the article, Stomakhin called Russia’s invasion and annexation of Crimea the final straw, the border dividing two worlds, the divide between good and evil. It had been clear back in the 1990s, he wrote, that “Russia’s seizure of Crimea would be a disaster for the Crimean Tatars, the prologue to a new genocide.”

Stomakhin wrote that the return of Crimea to Ukraine should serve as a unifying idea for all Russians holding anti-imperial views, and that Russians should paint the words “Russian occupiers out of Crimea!” on every wall in every Russian city”.   Stomakhin believes, however, that Crimea can only be returned to Ukraine if the Russian Federation is dissolved, and he suggests in the text that the latter’s collapse is inevitable.

Stomakhin was first imprisoned for his writing in 2006, and if he is released as scheduled in November 2018, he will have served 12 years.  This, his lawyer Svetlana Sidorkina noted earlier this year, “is a sentence not for murder, not for the use of force, but for words (for expressing his views)”.

Stomakhin’s views and his manner of expressing them may antagonize people, but so too do those of Russian fascist ideologue Alexander Dugin, deputy speaker of Russia’s State Duma Vladimir Zhirinovsky, Chechen leader Ramzan Kadyrov, and many others.   They hold positions of authority and suffer no consequences,  while people like Stomakhin, Rafis Kasphapov, Andrei Bubeev and others are imprisoned for posts or even reposts of material condemning Russia’s aggression against Ukraine and annexation of Crimea.

Stomakhin has been an implacable enemy of the regime of President Vladimir Putin from the beginning, and supported Chechens fighting for their independence during the Chechnya war.  He is just as unwavering in his opposition to Russia’s aggression against Ukraine.

It is this that he is paying for with his freedom, and his health.  He was constantly held in solitary confinement in a Perm oblast prison, with most of the penalties on fabricated charges.  A fourth attempt to move him to very harsh cell-like prison conditions succeeded in July 2017, with this until the end of his sentence, if he survives till then.

The Memorial Human Rights Centre spoke out strongly against the second sentence in a harsh-regime prison colony.  They considered this unwarranted, and in clear breach of the principles of proportionality and justice. They pointed out before this last transfer that Stomakhin had broken his back in 2008, making harsher prison conditions dangerous and unacceptable.

Memorial HRC has recently set out their position on Stomakhin’s case.  While feeling unable, because of some of his inflammatory remarks, to declare him a political prisoner, they do see indications of political motivation in his prosecution. This is, first of all, the gross disparity between the actions he is accused of and their punishment.  Even those texts which may formally come within the scope of the specific article of the criminal code are in fact capable of arousing hatred or sympathy solely to the author.  They are not capable of having any real impact on increasing the terrorist threat for Russian society, Memorial stresses.

Many ‘expert assessments’ in such ‘extremism’ trials arouse criticism, but the one in this case, they say, seems like a bad joke.  The assessment was carried out without either Stomakhin or her lawyer present, and accuses the writer, for example, of having “the intention to publicly justify the activities of the terrorists who killed Alexander II [close on 150 years ago!]

Memorial demands a review of Stomakhin’s case, and considers that even if he should be found guilty, the punishment should not entail deprivation of liberty as the 43-year-old writer presents no real danger to society.