Andriy Lugin, one of at least two Crimean prisoners who have slashed their throats in protest at being taken against their will to Russia, has addressed an open appeal to the Ukrainian government and international community on behalf of all Ukrainian prisoners whom Russia is illegally foisting its citizenship upon.  The appeal, addressed to the UN, PACE, the media and human rights NGOs, asks them to put pressure on Moscow to end such enforced change of citizenship and to stop taking Ukrainian prisoners from Crimea to Russia .

He writes that the Russian authorities have set up a legal vacuum around all Crimeans with dissenting views, and that this deprives Crimean Ukrainians of any chance of defending and upholding their rights, including the right to Ukrainian citizenship. By illegally holding him and other Ukrainian citizens on its territory and declaring them Russian citizens, Russia is obstructing Ukrainian citizens from returning to their country.

He lists numerous infringements by Russia of international humanitarian law and asks his appeal to be viewed as representing the interests of other Ukrainians from Crimea in his position.  He would like it to be presented as a collective application from Ukrainian nationals to the European Court of Human Rights or other international bodies.

Lugin, a former Kerch City Council deputy, is serving a life sentence passed before Russia’s invasion and annexation of Crimea.  The Crimean Human Rights Group reports that he had already been taken to a Russian prison colony but was returned to Crimea in January 2017.

Held in the Simferopol SIZO [remand prison] and knowing that he was again going to be taken to Russia, Lugin tried to slash his throat.  According to Roman Martynovski, a lawyer from the Regional Centre for Human Rights,  this was his second such attempt.  He ended up in emergency care in a very serious stage, yet was still later taken to a Russian prison colony in Mordovia.

His request to be extradited to Ukraine as a Ukrainian citizen was ignored.

Soon after its illegal annexation of Crimea, Russia began breaching other laws as well, with Crimean prisoners being ‘automatically’ issued Russian citizens and then ‘retried’ under Russian law.

On May 11, 2016, Crimean life prisoner Elvis Asanov slashed his throat directly in the courtroom in protest at such foisted Russian citizenship and ‘new sentence’. He survived, and his protest was presumably also ignored.

At very least three such ‘retrials’ are known, through the lawyer representing Ukrainian political prisoner Oleksandr Kostenko.  While visiting Kostenko, Dmitry Sotnikov met three Ukrainians at the Kirov prison colony: Viktor Skoblikov from Mykolaiv; Vladislav Burlaka from Kharkiv and Hryhory Lariionov had all been convicted of crimes and were serving sentences in Crimea in Feb 2014.  All three rejected Russian citizenship, and should have been returned to Ukraine.  Instead, they were ‘convicted’ again of the same crimes so as to “bring their sentences into accordance with Russia’s Criminal Code” (details here)

Worth noting that Larionov has now been released, and has spoken of the effective torture he was subjected to while held prisoner in Russia.  It is quite likely that other prisoners, now in Russian prisons, are suffering the same treatment.

Human rights activists believe that Russia could be foisting its citizenship in this way on more than a thousand Ukrainians who were serving sentences when Russia invaded and annexed Crimea.

In September 2016, one of the Ukrainian prisoners forcibly taken to Russia died in prison with the Russian authorities having ignored even the European Court of Human Rights.

The man had been held in a Russian prison for 2 years without receiving the medical care he required for hepatitis and tuberculosis. According to Martynovsky, an application had been made at his request to the European Court of Human Rights to take urgent measures in accordance with Rule 39 of the Regulations.  The Court demanded information from Russia on the medical care the man was receiving, etc.  He had clearly been receiving none. 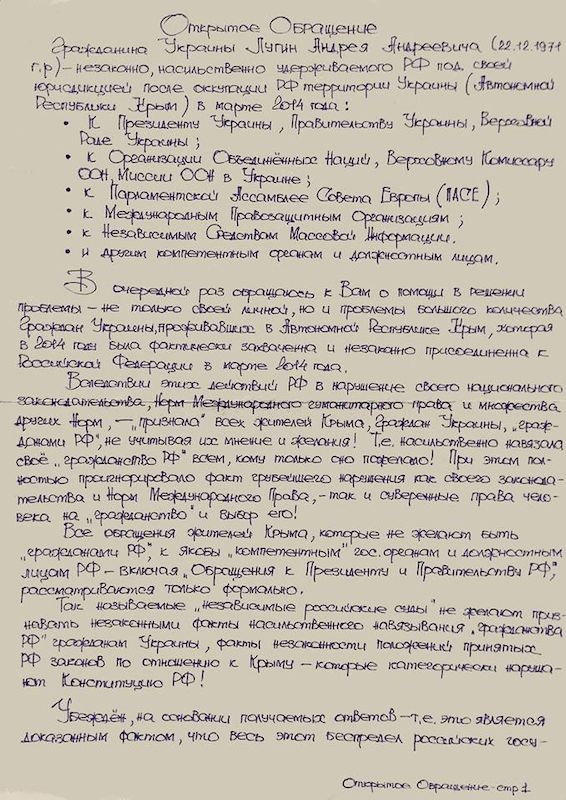 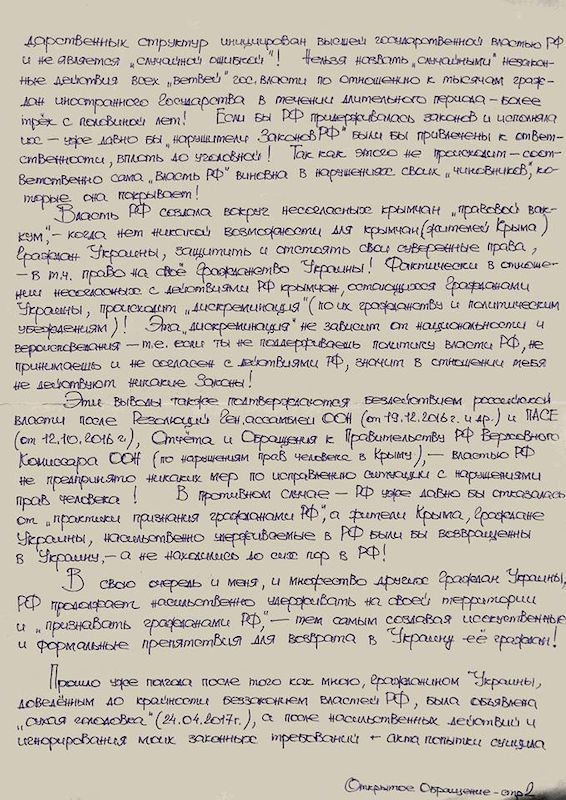 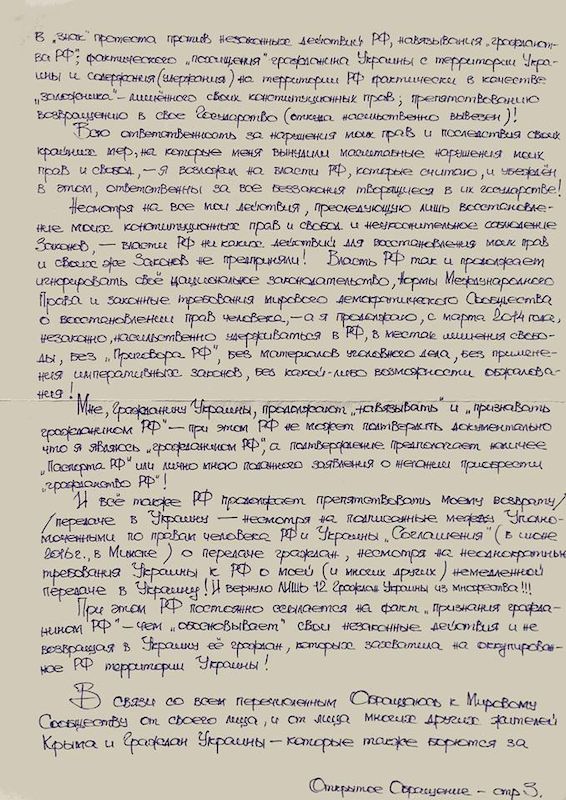 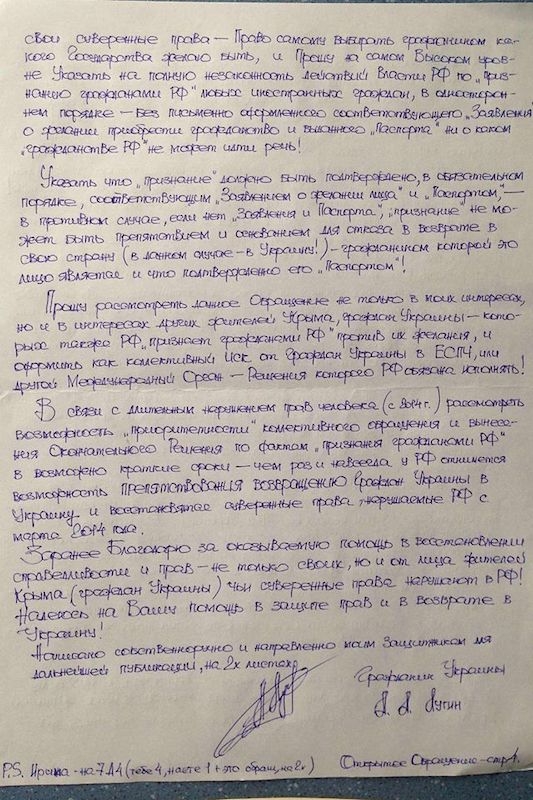