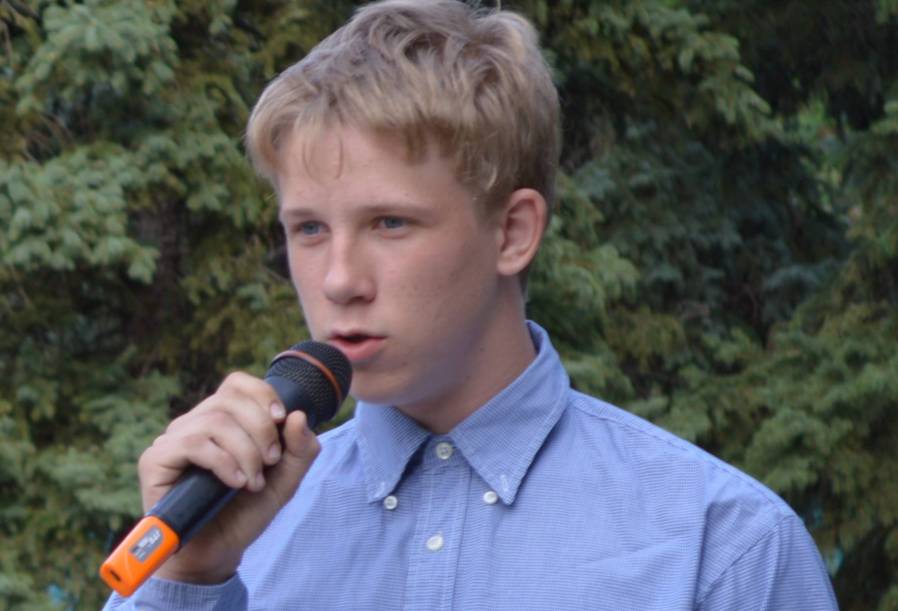 Three men have been sentenced to life imprisonment for the savage torture and killing in 2014 of 16-year-old Stepan Chubenko.  Without a regime change in Russia, there is little chance that the three former Donbas fighters – Vadim Pogodin, leader of the so-called ‘Kerch battalion’, and two subordinates - Mikhail Sukhomlinov and Yury Moskalev - will serve the sentences, which are the first in absentia ever passed by a Ukrainian court.  Ukraine was left with no choice since Russia is openly protecting the three men, despite the prosecutor’s office of the self-proclaimed ‘Donetsk people’s republic’ [DPR] having itself established the men’s direct role in the killing.  Russia will now need to explain its probable refusal to extradite the men who are hiding out in Russia or Russian-occupied Crimea.  It is likely to claim that the men are now ‘Russian’ and it doesn’t extradite its own citizens.  Since the chief suspect, Vadim Pogodin, was recently arrested without such citizenship, but then released, the argument will not wash.

The sentence came the day before what should have been Stepan’s 20th birthday.  His mother wrote that her son “would be marking his birthday” at the Bernatsky Stadium in Kramatorsk, playing in the Avangarde Football Club, with a posthumous award For Courage being announced during the break.  “All those who would like to come are invited to support the team who have forever made Stepan their No. 1 player, and to greet him with a birthday which he unfortunately did not live to see. Thank you to the panel of judges who have today passed fair sentence on his murderers. Thank you to all those who supported me all this time. Glory indeed is due to such a Ukraine!”

Stepan Chubenko was 16, wrote poetry, was passionate about football and very pro-Ukrainian.  His parents recount how Stepan and his friends took part in pro-unity rallies from the beginning of the Russia-backed, armed and manned conflict in Donbas.  The young lads also took water, food and items of hygiene to Ukrainian soldiers who arrived in Kramatorsk.  When the shelling began, Stepan helped the elderly to get down into shelters and took them water when the city got cut off from water supplies. Risking his life, he removed a ‘DPR’ flag from the square in Kramatorsk. Stalina Chubenko explains that she only learned of such daring behaviour after her son’s death. He had always told friends that they must not tell her, understanding how worried she would be.

His parents tried twice to get him away for his own safety.  They sent him first to his maternal grandfather in Russia, but he returned, saying that he wouldn’t “hide like a rat” when Ukraine was in danger.  Then at the beginning of June he went to stay with a friend in Kyiv.  The militants had retreated from Kramatorsk and neighbouring Sloviansk on July 8, and on July 23, Stepan set off home.  His parents had asked him to travel via Kharkiv or Krasnoarmeisk and don’t know why he made the fateful decision to go via Donetsk which was, by then, occupied by the militants.

He was seized in Donetsk, seemingly because of the Ukrainian blue and yellow ribbon on his rucksack and then the ‘Karpaty’ football club scarf that they found inside. His parents later learned that Stepan had been beaten in Donetsk, and then taken, on Pogodin’s orders, to a village outside the city. Sukhomlinov was ordered to kill Stepan, who was on his knees, with his hands bound behind his back.  When Pogodin saw that he was still alive, he grabbed the gun and shot him.

His parents had become desperate with worry and personally went to Donetsk and managed to meet with ‘DPR’ official leader Alexander Zakharchenko – probably because Stalina Chubenko is from Magadan, and is, at least officially, a Russian citizen.  Zakharchenko promised to find out and told them the next day that their son had been murdered.  He even initiated a criminal investigation, and Moskalev was taken into custody.

If Russia’s disregard for the Red Notice on Moskalev passed without much notice, its initial detention, and then release of Vadim Pogodin seemed like an open flouting of both its legal commitments, and of the most fundamental moral principles.

A 16-year-old lad had been tortured and executed in cold blood, and Pogodin’s fatal role in this had been acknowledged even by the Russian-backed ‘DPR’.  Yury Butusov, the Chief Editor of Censor.net, asserts that Pogodin was not arrested by the militants because it was discovered that he had committed the killings (others as well) on the instructions of the Russians overseeing the war in Donbas.

His arrest, therefore, on June 20 was unexpected, but should certainly have resulted in his extradition to Ukraine.  Pogodin had been living in occupied Crimea for a long time, suggesting that there was some reason why the Russian-controlled occupation authorities chose to ‘notice’ the Interpol red notice against him.  Whatever the reason, it was not any legitimate wish to punish and isolate a brutal killer, since he was quietly released in late July, with no explanation provided to Ukraine.

At least in Pogodin’s case, his link with Sergei Dubinsky [‘Khmury’] would be an additional reason why Russia would not dare to extradite him. It is Dubinsky whose voice was intercepted by the Ukrainian Security Service and who is believed to have been directly involved in transporting the Russian Buk surface-to-air missile system which down Malaysian airliner MH17 on July 17, 2014, killing 298 passengers.

Russia is protecting three convicted killers of a pro-Ukrainian schoolboy from Ukrainian justice, though it is by no means certain that the men now have cause to sleep peacefully.  A large number of Russian and Ukrainian militants have met violent deaths in recent years.  While the militants themselves like to show videos of hapless Ukrainians seized and tortured into ‘confessing’ to carrying out the killing on the instruction of the SBU [Security Service].  Ukraine has no reason to seek the death of men whom it wants to put on trial for war crimes – unlike an aggressor state that has a lot to fear from their revelations.