Poroshenko must veto law that will terminate most investigations into Maidan crimes & corruptionProsecutor ‘loses’ critical evidence regarding Khmelnytsky Maidan killingsNo penalty against Ukrainian judge who ordered Berkut to disperse MaidanMaidan suspect accused of issuing police machine guns to paid thugs also freed to flee to Russia?Suspected Maidan Killer & Three Other Ex-Berkut Officers Flee to RussiaHalf the Berkut officers deployed against EuroMaidan activists remain police officersYanukovych ‘doesn’t remember’ the bloodiest day of Maidan killingsPolitical PR & sabotage instead of real investigation on eve of 2nd Maidan anniversaryUkraine’s only trial over Maidan killings under threatPolice & judges accused of impeding prosecution of crimes against Euromaidan activistsAnother person charged with Euromaidan crimes allowed to escape?Ex-Security Service chief in custody over Euromaidan killingsSo who doesn’t want justice for Euromaidan victims?High-ranking Berkut officer charged over Euromaidan killingsEuromaidan: A Year of Impunity and what went wrongEx-Berkut officer on trial over AutoMaidan ambushEx-Berkut officers arrested on suspicion of involvement in Maidan killingsWhere are 13 mysterious Berkut sniper suspects?Who (hasn’t) answered for crimes against Maidan?Maidan killings suspect missing after being released from custody
• Topics / The right to a fair trial 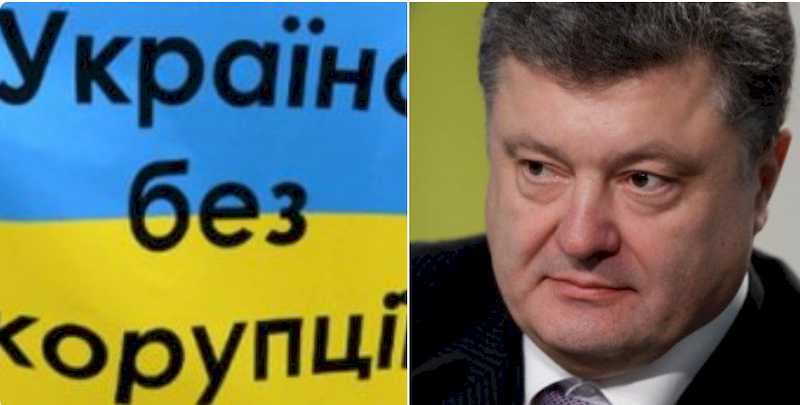 The Anti-Corruption Bureau of Ukraine [NABU] predicts that its work will be totally paralyzed already in November if President Petro Poroshenko signs the Law on Judicial Reform in its present form.  NABU’s warning follows those issued by numerous human rights organizations as soon as the bill was passed by the Verkhovna Rada on October 3.  The so-called Lozovy amendment to the Criminal Procedure Code [CPC], envisaged by the law, could result in a large number of investigations into corruption and crimes against Maidan activists being terminated.

NABU is blunt in stating that the present situation is due to “politicians’ irresponsibility”, and says that if the President signs the bill into force, its work and the justice system in Ukraine will be paralyzed.

It expresses great concern also over the planned termination on November 20 of the powers of the prosecutor’s investigative bodies with respect to investigations falling under the jurisdiction of NABU, and registered before December 2015.  This means that around 3,5 thousand investigations will suddenly be thrown at the approximately 200 NABU detectives.  This will effectively halt all current NABU investigations into major corruption cases.

NABU notes that the bill in question, Law No. 6232, on amendments to CPC and other legislation, was signed by the Speaker of the Verkhovna Rada almost a month after its adoption, on October 30. The final version of the draft bill which now needs only the President’s signature has not been made available to the public.

The amendments to Article 219 of the CPC would mean that the period for pre-trial investigation was counted from the moment the investigation was registered, even if the perpetrator’s identity had not been established.  The investigator would then be obliged to terminated an investigation merely on the grounds that the time allowed had ended, regardless of whether the crime had been solved.

NABU does not mention a detail which has not escaped the attention of many other opponents of the bill.  The author of the amendment to Article 219 is Andriy Lozovy, an MP whose criminal investigation into suspected tax evasion would be terminated if the law came into effect.

NABU does, however, note that there is no such law in any civilized country and there are many investigations in European countries and the USA that have gone on for years.

The proposed amendments “are in breach not only of international law, but also domestic legislation.  They will lead to violations of the lawful rights of applicants, victims, civic claimants, as well as of the interests of the state as no possibility is envisaged for reopening a criminal investigation.

NABU is also critical of other proposed amendments to CPC, such as the requirement that the various warrants linked with a criminal investigation would have to be issued by a court within the same territorial jurisdiction as the investigating body.  This, they note, will lead to an excessive burden being placed on particular courts.

According to another amendment, in seeking a search warrant, the investigators will need to prove to the court that the person involved has refused to voluntarily hand over the material or documents likely to be the aim of such a search.  How such a norm could have been passed defies belief.  As NABU points out, this is carte blanche for suspects to destroy evidence before a search warrant has been issued.

As reported earlier, amendments to Articles 242-244 and 332 of the CPC will mean that only the court can commission an expert assessment.  This deprives the defence of a fundamental right under adversarial proceedings to independently appoint such an assessment, while the prosecution will also be forced to await permission from the court.  Amendments to Article 7 of the Law on Forensic Assessments will also mean that only state specialized institutions will be allowed to issue such assessments, which still further narrows a  person’s right to defence.

NABU notes that the bill also gives the judge the right to reject the proposal of such experts to identify separate issues for investigation, which it says is beyond the jurisdiction of the judiciary.

NABU stresses that the President should not under any circumstances sign this flawed bill into force.  Amendments to the CPC should be refined after consultation with all bodies involved in the criminal process.  It also calls on the relevant parliamentary committee to initiate amendments as a matter of urgency to the Transitional Provisions of the CPC in order to remove the current restriction on the prosecutor’s investigative bodies carrying out investigations into proceedings initiated before 2015.  This will enable them to conclude their investigation, and NABU to continue effectively carrying out its work.

The new provisions of the CPC stipulated that the investigators would have a year to establish those suspected of committing a crime - first six months, then another six months could be added by the courts.  No other possibilities for extending the time frame were envisaged. Horbatyuk also noted that there were no transitional provisions to regulate the situation with respect to existing investigations. His department was currently dealing with investigations which had been initiated almost four years ago, such as that over the violent dispersal of Maidan activists in the early morning of November 30, 2013.

Strong criticism was swiftly forthcoming from the Rehabilitation Package of Reforms, Vitaly Shabunin, Director of the  Anti-Corruption Centre [AntAC] and many other human rights and civic organizations.