It’s Never Too Late to Set the Record Straight 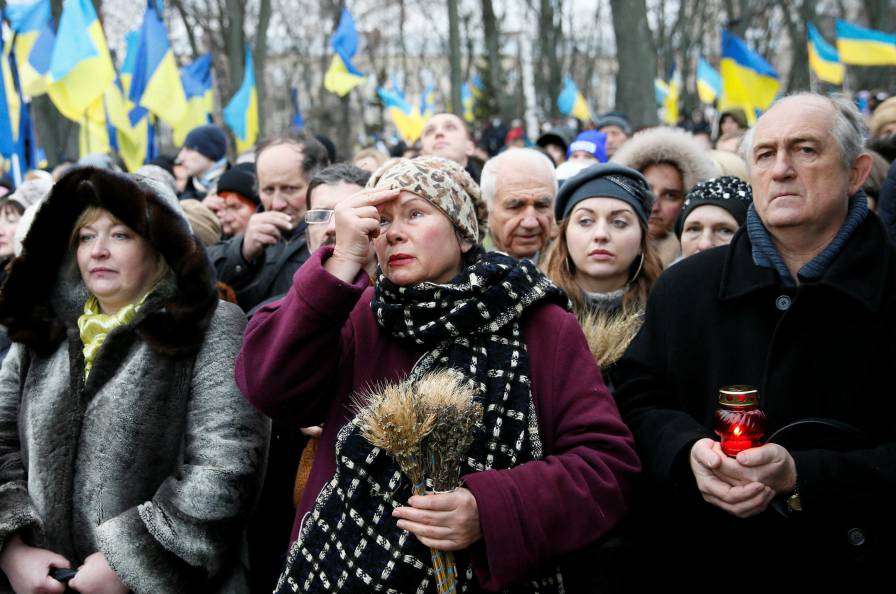 People gather near a monument to Holodomor victims during a commemoration ceremony marking the 83rd anniversary of the famine of 1932-33 in which millions died of hunger in Kyiv, Ukraine, November 26, 2016. REUTERS/Valentyn Ogirenko

On November 24, 1933, the Soviet Union threw a lavish dinner at the Waldorf Astoria Hotel for 1,500 in honor of President Franklin Roosevelt’s recognition of the Soviet Union. They feasted on fancy wines, caviar, and Boeuf Stroganoff, then later in the evening gave a standing ovation to the special guest of honor, Walter Duranty, The New York Times’ foreign correspondent in Moscow and 1932 Pulitzer Prize winner.

November in Canada is Holodomor Remembrance Month, designed to remember one of the greatest crimes against humanity in history, a premeditated genocide perpetrated by Josef Stalin to collectivize farms and destroy Ukrainian society. Up to ten million died. “Holodomor” means death by hunger in Ukrainian.

But the man feted years ago in New York, Walter Duranty, knew about Stalin’s mass murder and deliberately covered it up. It was a monstrous example of journalistic malpractice, unearthed as a result of research conducted by the Ukrainian diaspora and historians.

They and others demanded that Duranty be expunged from the list of Pulitzer winners for his misdeeds.

The Pulitzer Prize Board took six months to study the request, and decided in 2003 not to take its prize from Duranty because it concluded there was no evidence of “deliberate deception” and that, besides, he was not alive to defend himself.

However, British Foreign Office archives prove that Duranty deceived the world when he admitted to a diplomat that “possibly as many as ten million people had died of lack of food in the USSR.”

Further, a documentary produced by the Canadian diaspora called “Harvest of Despair” contained an on-camera interview with famous British writer, Malcolm Muggeridge. He called Duranty “the biggest liar of all time,” adding that he not only covered up the tragedy for Stalin but also shamed writers who wrote about it. Muggeridge wrote several stories about the famine for British newspapers at the time.

“This is the most terrible thing I’ve ever seen precisely because of the deliberation with which it was done and total absence of any kind of sympathy,” said Muggeridge.

In 1991, Boris Yeltsin acknowledged the existence of Stalin’s genocide in Ukraine and in 2003 the United Nations adopted a joint statement on the Great Famine of 1932-33, signed by twenty-five countries including Russia, stating that: "The Great Famine of 1932-1933 in Ukraine (Holodomor)... took from seven million to ten million innocent lives, and became a national tragedy for the Ukrainian people.”

Even so, Russian President Vladimir Putin has publicly denied the famine ever happened or, for that matter, that he has meddled in elections in the West or invaded Ukraine and killed 10,000 and displaced 1.6 million people.

Clearly this initiative deserves to be reprised. Diaspora Ukrainians would welcome a chance to set the record straight. In the broader context, it could help to put the lie to Moscow’s deception then and now. Duranty may be long since dead, but Russia continues the Soviet Union’s strategy of fake news, the use of media plants like Duranty, cyber propaganda, censorship, abuse of Ukrainians, and manipulation of western democracies.

The Pulitzer Prize Board should take a principled stand against this and other onslaughts against truth and decency.