Russia jails Crimean Tatar for refusal to collaborate, his father for telling PACE about the case 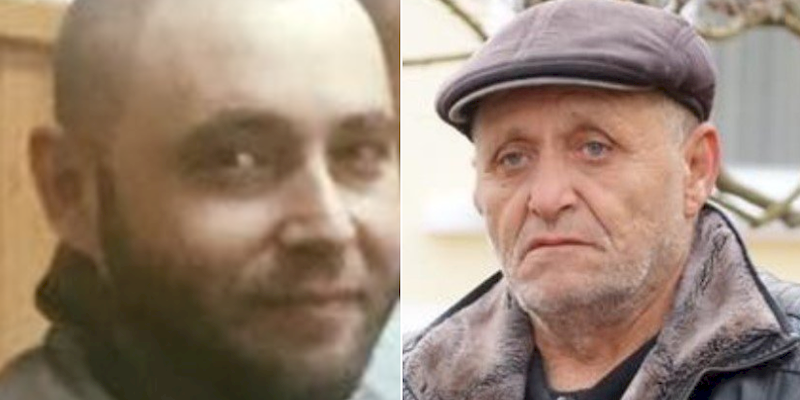 Among those telling the world about the imprisonment on surreally lawless charges of Crimean Tatar leader Akhtem Chiygoz; Ali Asanov and Mustafa Degermendzhy was Mustafa’s father, a veteran of the Crimean Tatar national movement.  Now Bekir Degermendzhy has himself been imprisoned, on different, yet no less cynical, charges.  The 57-year-old suffers from severe asthma and should not be in detention under any circumstances.  His son has been under house arrest since April 2017, having been held in detention before that for almost two years.

Russia’s arrests and trial of Crimean Tatars on charges linked with a demonstration on 26 February 2014 were illegal even according to Russian legislation.  There had been no ‘mass riot’ that day, as Russia continues to claim, but even if there had been, it had happened on Ukrainian territory under Ukrainian law.  Russia had no jurisdiction and its own criminal code specifically prohibits prosecution under such circumstances.

10 months later, with a mounting offensive underway against the Crimean Tatar Mejlis [representative assembly], Akhtem Chiygoz, the highest-ranking leader of the Mejlis whom Russia had not been banned from his homeland, was arrested.  Soon other Crimean Tatars were arrested, with Ali Asanov and Mustafa Degermendzhy held in custody until April 2017.  The three were soon recognized by the authoritative Memorial Human Rights Centre as political prisoners.

There was no evidence of any kind to warrant the extraordinary charges of ‘organizing a riot’ against Chiygoz, yet this did not stop a Russian-controlled court from sentencing him to eight years’ imprisonment.

There are very strong grounds for believing that this ‘case’ was an act of revenge against the Crimean Tatar Mejlis for preventing the Kremlin’s plan to carry off a coup without the obvious engagement of Russian soldiers (details here).

There are equally compelling grounds for concluding that Mustafa Degermendzhy and Asanov remained in detention due to their refusal to bear false testimony against Chiygoz.

In neither man’s case was it ever even clear what they were supposed to have done. During a court hearing back in January 2016, Degermendzhy stated:

Three days before the sentencing of Chiygoz, the prosecutor in the parallel trial of Asanov, Degermendzhy and three others proposed “removing 83 victims” (out of 86!) and one of the charges.

Now that Chiygoz has been released into exile, the ‘trial’ of the other men is even more obviously going nowhere, yet the Central Court in Simferopol continues to reject applications for Asanov and Degermendzhy’s house arrest to be revoked. The latest hearing on November 28 extended this until February 7, 2018, with the ‘judge’ specifically rejecting Mustafa’s application to be able to visit hearings in the new proceedings against his father and to be able to visit him in SIZO [remand prison].

On 23 November, a ‘special operation’ carried out by the FSB and OMON riot police  was supposed to arrest 83-year-old veteran of the Crimean Tatar national movement Vedzhie Kashka.  Instead they caused her death.  Neither the ‘operation’ nor an accompanying Russian propaganda campaign were stopped, and four men were arrested and remanded in custody: Bekir Degermendzhy; Kazim Ametov; Asan Chapukh and Ruslan Trubach.

The supposed ‘extortion’ charges could have easily been verified and refuted.  The man in question, a Turkish national, had become friendly with Vedzhie Kashka’s granddaughter and had borrowed the family’s savings, 7 thousand dollars, and was refusing to return them.

In any situation, the police would need to hear out both sides and view any corroborating evidence.  The fabricated nature of this case is evident merely in their total failure to do so, with allegations made by one man leading to the arrests and detention of four men of high standing in their community, and the attempted arrest of a very elderly and world-renowned hero of the Crimean Tatar movement.

Russia is yet again resorting to the worst Soviet practice.  With its multiple ‘trials’ on politically motivated charges having received wide publicity and condemnation, Moscow is now seeking to discredit respected members of the Crimean Tatar community and the Mejlis by concocting ‘criminal’ proceedings.  What better than to target people like Bekir Degermendzhy, who has spoken before the Parliamentary Assembly of the Council of Europe, the OSCE and media about politically motivated persecution, like that against his son?