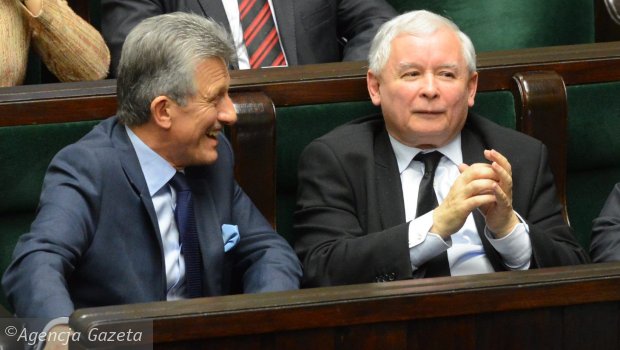 Poland’s ruling party Prawo i Sprawiedliwość [PiS] is set to gain effective control over the National Council of the Judiciary and influence over all judicial appointments in the country, with similar plans for gaining effective control of the Supreme Court.  It became clear on November 28 that President Andrzej Duda has not kept the promise he gave in July 2017 after mass protests prompted his veto of two of three laws politicizing the judiciary.

Ukrainians know very well about politicized courts, and it is no accident that Viktor Yanukovych set about his so-called ‘judicial reform’ soon after being elected President in early 2010.   By Euromaidan, his ‘reforms’ had also led to court presidents exerting political control over judges and to a generally grave degradation of Ukraine’s judicial system.

Even if some Poles believe that their situation is very different from that in Ukraine, their own leaders are leaving no scope for illusion as to what kind of changes to expect. According to the third law which Duda did not veto in July, Zbigniew Ziobro, who is illegally both Minister of Justice and Prosecutor General, can remove and appoint court presidents (heads). This he has been actively doing, with court presidents discovering by fax that they have been replaced.  It is known, for example, that the President of the District Court in Kielce will from December 1 be Tomasz Jamka, a former active member of Ziobro’s original party and then PiS.

Hundreds of thousands of Poles came out on the streets to protest in July at what many, tearfully, called a return to the days under communist rule. They were supported by many judges, as well as by the legendary leader of Solidarity Lech Wałęsa, well-known artists and by the country’s main human rights and civic organizations.  There had also been strong protest from the European Commission, the US State Department and many others.

It was almost certainly the scale of those protests that prompted Duda to impose a veto on two laws, those which would have totally removed the Supreme Court’s independence and allowed the Justice Minister to appoint any judges.

Over the last months, Duda mainly consulted, effectively in secret, with PiS Head Jarosław Kaczyński.  The result of such behind-the-scenes negotiations have become evident over in the last week or two.  On Tuesday evening, the President’s bill was voted on with PiS amendments which discarded one of the main things Duda had promised. The so-called Justice and Human Rights Commission is headed by Stanisław Piotrowicz, now a main figure in the purportedly anti-communist PiS government, and a former prosecutor under the old socialist regime [PRL] who is known to have been involved in the prosecution of at least one opposition activist.

Both Gazeta Wyborcza and OKO.Press agree that PiS has now used its majority in the Sejm to ensure control over the National Council of the Judiciary.

The Sejm will elect 15 judges of the NCJ.  Wyborcza notes that the President’s proposed stipulation that there should be a 3/5 majority would not allay concern that members of this vital judicial body would be voted in, not by their peers, but by politicians. It would, however, help to avoid overt political party appointments. PiS has got around this, by saying that if a 3/5 majority doesn’t work, an absolute majority will do.  Furthermore, there will be a preliminary selection process, where a simple majority will be sufficient.

The opposition were supported in their efforts to block the bill by the Sejm’s Legislative Commission which expressed doubts about the constitutionality of the move.  The Commission’s lawyers believe that the selection of judges in the NCJ by MPs breaches the Constitutional three branches of power, and point out that the Constitution clearly states how many members can be voted in by the Sejm.

Former PRL prosecutor Piotrowicz refused to listen to either the opposition in the Sejm, or the members of judges’ associations and the Helsinki Foundation who all warned that the amendments are in breach of the Constitution and an attack on judicial independence.

The Constitutional Tribunal, which was the PiS government’s first target now provides the constitutional assessments required of it.  These include one in June which PiS is using to undermine the judgement from 2007 issued by a still independent Tribunal which stipulated that NCJ judges are voted in by fellow judges.

OKO.Press, a civic investigative journalism initiative, reports that Duda’s law had proposed that candidates be put forward either by groups of two thousand citizens, or groups of 25 judges, with any one group only allowed to put forward one candidate. That would have required PiS to find 200 ‘trusted’ judges, they say, with that perhaps not impossible, but difficult.  The PiS amendment, however, makes things much easier, with a group of 25 prosecutors also to be allowed to put forward candidates.  With prosecutors now directly subordinate to PiS Justice Minister / Prosecutor General Ziobro, that will be much easier to achieve. “PiS will gain 14 out of the 25 places in the NCJ… Despite his promises, the President has handed the NCJ to PiS.”

The President’s representative did object to this, but the amendment appears to have been passed.

The bills on NCJ and on the Supreme Court drawn up by President Duda’s administration have been widely criticized by lawyers, civic organizations and the opposition as just as dangerous as those proposed and pushed through both houses of parliament in July this year.

The proposed Law on the Supreme Court proposes a slightly different method of gaining control with the same end achieved. Around 40 percent of the judges could be forced into retirement as being over 65.  It is widely understood who this would enable the government to get rid of, including the First President of the Supreme Court Małgorzata Gersdorf, who spoke out from the outset about the moves to bring the Constitutional Court under PiS control, and who has also said that the President’s bill is unconstitutional. The option proposed to force judges into retirement at 65 is particularly hypocritical given the number of prominent PiS leaders who are above that age bar themselves, including Kaczyński, the person understood to wield control over all policy.

28 civic organizations, including the Helsinki Foundation and Amnesty International, have signed an appeal to the Sejm and Senate not to support measures that place judicial independence, and therefore the right to a fair trial, in jeopardy, and to the President to veto the bills if passed.  At present there is nothing to suggest that the call will be heeded.

PiS is hurrying through all these moves, as well as election legislation, in time for local government elections in 2018.  If they succeed, then the Supreme Court which is also mandated to pass judgement in cases involving election irregularities, will be under the control of the party now in power, and clearly wanting to stay put.  Protests on November 24 in over 70 cities in Poland and abroad were under the banner Free Courts!  Free Elections! Free Poland! [#WolneSądy #WolneWybory #WolnaPolska].  All are currently in grave jeopardy.