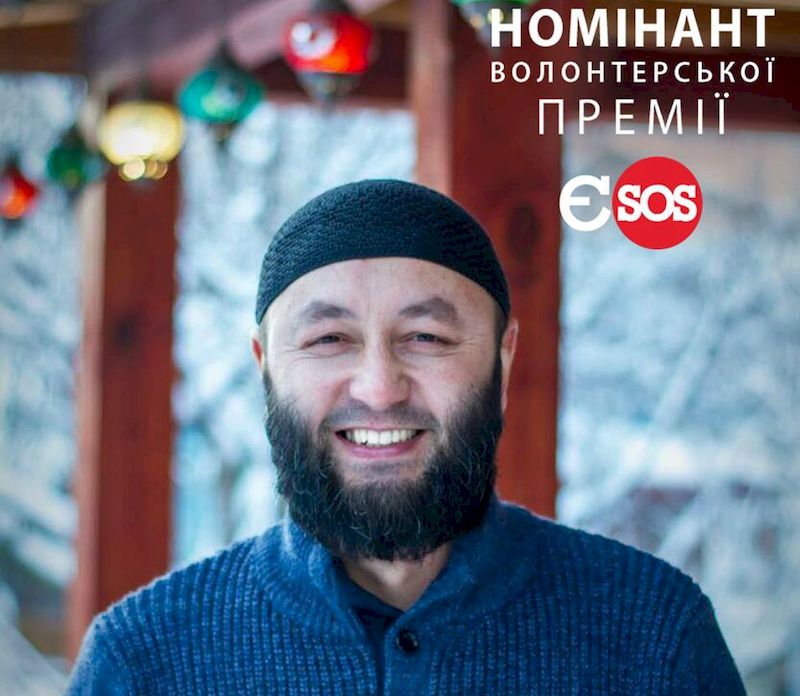 The initiative was urgently needed. As well as the trauma for children, most of whom have been present when armed and masked men burst into their homes taking their fathers away, there are also practical issues needing to be resolved.  Asanov played an active role in providing material support for such families, buying medicine or clothes for the children of political prisoners, paying for operations and so forth. Meryem Kuku, whose human rights activist husband, Emir-Usein Kuku, has been imprisoned since February 2016, recalls how Asanov and Timur Ibragimov came to her to check whether she needed any help with heating, with repairs to the home, whether the couple’s two children had everything needed for the approaching winter.

Such human solidarity clearly irritated the Russian FSB.  On October 11, the families of Asanov, Ibragimov and four other men were also subjected to the same armed searches, after which the men were taken away and have been in custody ever since. All six men were to varying degrees active in Crimea Solidarity.  They all have young children – Timur Ibragimov’s youngest was just three weeks old, with their arrests bringing the number of children left without their fathers to 100.

The arrests were the latest in Russia’s conveyor belt of persecution for alleged and unproven involvement in the pan-Islamist Hizb ut-Tahrir party which is legal in Ukraine and not known to have committed an act of terrorism anywhere in the world.  Russia’s Supreme Court never explained why it labelled the organization ‘terrorist’, yet it has long sentenced men to huge terms of imprisonment for alleged involvement in the

Such FSB prosecutions require one ‘organizer’ and several men charged only with ‘involvement’.  Marlen Asanov has been designated the ‘organizer’ of a Hizb ut-Tahrir ‘cell’, with the other five men:  Ernest Ametov;  Memet Belyalov; Timur Ibragimov; Seiran Saliev and Server Zekeryaev accused of ‘involvement’ in this.

The charges are under Article 205.5 of Russia’s criminal code, with the organizer “of the activities of an organization which, in accordance with Russian Federation legislation, is declared terrorist” facing a sentence of from 15 to life.  For those only ‘involved’ in such activities, the sentence is from 10 to 20 years.

Like many Crimean Tatars,  Marlen Asanov was born in exile in Uzbekistan and came to Crimea when he was 11.  By profession, he is a teacher of Crimean Tatar Language and Literature, however in Bakhchysarai he opened and ran the Salachik Cultural and Ethnographic Café.  He has three young children.

He could obviously not be at the award ceremony, so it was fitting that the award was announced by Myroslav Marynovych, one of the founding members of the Ukrainian Helsinki Group., who spent 10 years in labour camp and exile for that act of courage.

The Volunteer of the Year Award was initiated by Euromaidan SOS in 2014.  The other two laureates this year were Olena Yehorova, a volunteer at a Kyiv hospital burns centre, and Oleksiy Dolya, an ethnographer by profession who has worked tirelessly to provide Ukrainian soldiers with badly needed help in psychological and physical rehabilitation.