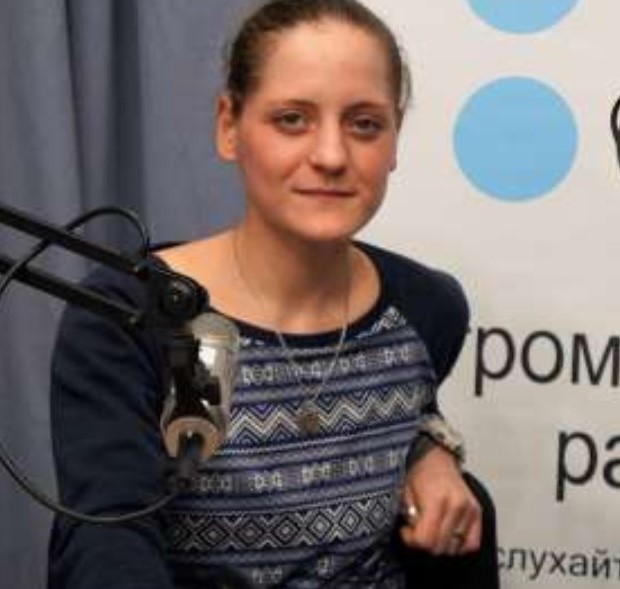 Yulia Tolopa, a Russian who fought for Ukraine in one of the first volunteer battalions back in 2014 and whose small daughter is a Ukrainian citizen, is being forced out of Ukraine despite the strongest of grounds for fearing her persecution in Russia.  The situation is insultingly absurd since she can only obtain the document confirming her lack of a criminal record demanded by Ukraine’s Migration Service if she crosses into Russia, where she faces immediate arrest because of her support for Ukraine.

Tolopa reports that she will be forced to return to Russia on December 5, with her application for citizenship having been rejected three times because she cannot produce the document saying she has no criminal record.

Tolopa served in the Aidar Battalion and then as a contract soldier for three years.  It seems that the President’s Administration is repeating the same line as the Migration Service, namely that no moves can be made without a document that can only be obtained through Topola risking near certain arrest in Russia.

In an interview to Hromadske Radio, Topola pointed out that other volunteers, both from Russia and Belarus, are experiencing the same difficulties.  Although the official excuse is the lack of a document, she believes that the Ukrainian authorities do appear to “be afraid of something”.

There is nothing theoretical about the danger that Julia Tolopa would face.  The FSB and Russian courts treat anybody supporting Ukraine as a ‘mercenary’, while notorious mercenary Arseny Pavlov [‘Motorola’] and other Russians who died fighting against the Ukrainian government are considered as ‘heroes of Donbas’ and even get their own official monument.

On October 31, the FSB reported that a Russian, identified only as from Kopeisk (Chelyabinsk oblast) had been sentenced by the Kopeisk City Court to three years and three months’ imprisonment.  He was found guilty of acting as a mercenary in armed action [Article 359 § 3 of Russia’s criminal code], of ‘public calls to carry out extremist activities’ [Article 280 § 1] and ‘inciting hatred or enmity’ [Article 282 § 1].

There is no indication of what evidence was provided for the FSB claims that the person had gone to fight as a mercenary for the Azov Battalion in November 2014, It was precisely then that Azov formally ceased being a volunteer battalion and was taken under the Ukrainian Interior Ministry’s jurisdiction.  If a formal contract was used by the FSB to claim that the Kopeisk man was a ‘mercenary’, then Yulia Tolopa should expect a similar sentence for defending Ukraine.

The sentence could, however, be even worse.  Another Russian Artem Shirobokov was sentenced by a Samara court in June 2017 to five years’ imprisonment.  He was also deemed to be a ‘mercenary’, but was fortunately ‘tried’ in absentia, as he has been living in Ukraine since 2014.  Russia has also brought criminal proceedings against another Russian, Dmitry Fedotov, on identical charges.  He too will face imprisonment if Russia manages to find him.

Its hunt for men and women who have fought on the side of Ukraine is regrettably receiving assistance from other post-Soviet republics.  One Russian national was recently extradited from Tajikistan to face trial in Russia.

It would be monstrous if Ukraine were to help Russia in persecuting those of its citizens like Yulia Tolopa who came to Ukraine to help when the country was facing the gravest of dangers.  Yulia has learned Ukrainian, and has never concealed her condemnation of Russia’s aggression.  How could Ukraine possibly turn its back on her now?