Ex-Tax Academy head’s controversial acquittal on corruption charges revokedTop officials still get away with corruption – thanks to Ukrainian courtsRigged and Secretive Fight against Corruption?Government accused of rigging anti-corruption selection commissionHead of Traffic Police Dismissed after Scandalous Lifestyle ExposedIt’s Tax Time In Ukraine, And Financial Discrepancies Suggest Corruption EnduresBehind the declarations: how public officials lived – and live nowParliamentarians’ secrecy regarding income given judicial OKVerkhovna Rada and Constitutional Court least willing to divulge public informationCourt rejects Verkhovna Rada claim that staffing details are not for the publicOPORA takes secretive Verkhovna Rada Office to courtCHESNO: Office of the Verkhovna Rada flagrantly violating Public Information ActUkrainska Pravda takes parliament to court over concealed informationResidences of Azarov, Lytvyn and Yushchenko to cost the taxpayer 50 million UAHCourt has no problem with parliament not handing over MP’s declarationsVerkhovna Rada Office refuses to hand over Deputies’ declarationsPublic Information Law like a Bolt from the Blue for the AuthoritiesCVU: Ukrainian authorities not ready to be openFirst legal proceedings over alleged infringement of Public Information LawStop Censorship will force Deputies to make their income declarations public
• Topics / Social and economic rights
• Topics / Court practices 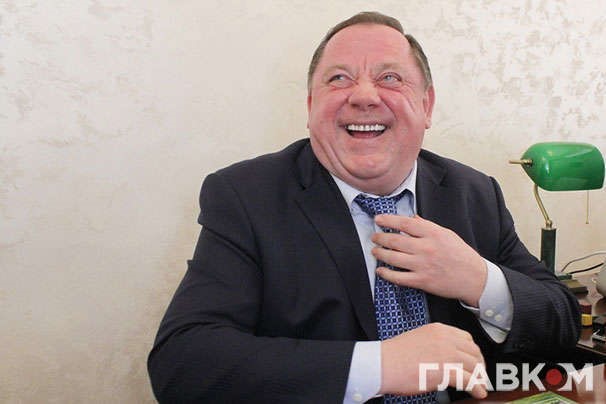 A court in the Kyiv oblast has acquitted Petro Melnyk, the former Head of Ukraine’s National Tax Service University, finding “no proof of a crime” in Melnyk’s sale of four buildings belonging to the university to a company founded by his wife, son and father-in-law.  This is the second time that Melnyk has been acquitted on separate corruption charges, though the first acquittal was later revoked by another court.  Had Melnyk been convicted this time, he would have faced up to 12 years’ imprisonment.

The corruption watchdog ‘Nashi Hroshi’ [‘Our Money’] reports that the Borodynasky District Court issued its ruling on December 5.  While finding that “the university” had sold the four pieces of real estate to the ‘Inter-regional Finance and Law Academy’ with infringements of procedure for selling state property, the court declined to find Melnyk himself guilty of  embezzlement or squandering of property through abuse of his official position (Article 191 § 5 of Ukraine’s Criminal Code).  It rejected the prosecution’s assertion that the property had been knowingly under-priced and said it had seen no proof that Melnyk had himself, or via others, had any influence on the price.  This is despite accepting that the initiative to sell the property had come from Melnyk as the Dean.  The argument was that the sale was agreed “by an organized conference of the staff unanimously”.  Melnyk in court denied that he had known during the tender that the company founded by his wife and son was seeking to buy the property.

The court also rejected a civil suit brought by the university for compensation of 33,44 million UAH damages.

This is the value that the investigation established the properties were worth.  Melnyk’s relatives paid only a third of that price - 10,87 million UAH.

The four large pieces of property were sold in 2007-08 by auction to the ‘Inter-regional Finance and Law Academy’, whose founders include Melnyk’s wife Tetyana Melnyk; his son Maksym and father-in-law Volodymyr Shcherban.  Melnyk’s nephew Roman Melnyk ran the company.

Virtually all the items of property were subsequently let to the university.

The sale had taken place without permission from the State Tax Inspectorate and Fund of State Property.

This is not the first time that Petro Melnyk has made the headlines in Ukraine, over his arrest, then his flight from prosecution and lastly a previous controversial acquittal.

The former dean of the National Tax University in Irpin (Kyiv oblast) was arrested in July 2013, allegedly while receiving a bribe of 120 thousand UAH.  He was placed under house arrest on Aug 1 that year, but escaped, after removing his electronic bracelet.  He was in hiding in the USA until April 1, 2014 when he was arrested at Boryspil Airport on his arrival from London.  The initially hefty 30 million UAH bail was reduced by the court to 600 thousand UAH and Melnyk was released from custody soon after that second arrest.

Melnyk was tried by the Irpin City Court, in the same town where he has business interests.  The trial dragged on for an entire year and ended in his acquittal on July 9, 2015, with the court finding that there was ‘not enough proof’ that the 120 thousand UAH he was alleged to have received was not a ‘donation’.

Ukraine’s Justice Minister Pavlo Petrenko reacted to Melnyk’s acquittal by saying that it demonstrated that the judicial system was rotten to the core.  The prosecutor’s office challenged the ruling, and in November 2015, the Kyiv Court of Appeal overturned the acquittal.  It is not clear what, if anything, has come of those charges.

Melnyk’s acquittal had been number four on a ‘top ten’ of dubious court rulings set out in a study by Transparency International Ukraine and the Internet publication ‘First Instance’.  This found that only one in five court rulings on corruption charges against high-ranking officials ends with the person convicted and imprisoned.  More often they get off with a fine or suspended sentence, and if they are sentenced to terms of imprisonment, most often get released early.  The anti-corruption researchers pointed out that in a number of cases, the defendant had been acquitted despite a considerable weight of proof of guilt.

The research was based on an analysis of 100 court rulings passed under Article 368 of the Criminal Code (gaining illegitimate gains).

The study was carried out in 2015.  It is likely that the prices have risen since then, but not at all certain that anything else has changed.