Children to undergo compulsory military training in both Russia and occupied Crimea Russia plans huge propaganda New Year tree in Mariupol while residents freeze in bombed city Russian propaganda media and ex-President guilty of direct incitement to genocide in Ukraine, report finds90% of teachers in occupied Melitopol refuse to collaborate with Russian invaders Children trained to be ‘Putin’s faithful soldiers’ in Russian-occupied Crimea Ukrainian writer and civic activist abducted and tortured for Russian propaganda video Ukrainian kids from occupied Melitopol indoctrinated and enlisted in Russia’s ‘Youth Army’ Russia Today sacks presenter who calls for kids to be drowned, but has no problem with calls to genocide against UkraineRussia plans special propaganda ‘lesson’ explaining to children in occupied Ukraine why the bombing of their cities is ‘liberation’Director of Amnesty International in Ukraine resigns in protest calling controversial Amnesty press release "a tool of Russian propaganda’ Russian horrific castration of Ukrainian POW was about terror and preventing own soldiers from surrendering “Let’s Fight the Propaganda Together” Anti-war Activities in Russia, 9-16 July 2022Large protest in Russian-devastated Mariupol after pensioners die trying to find drinking water Russia begins propaganda of war against Ukraine at pre-school level Russia moves to eradicate Ukraine from schools in occupied Mariupol, Kherson and ZaporizhzhiaRussia uses abducted Ukrainians for propaganda video claiming Ukraine is bombing ‘liberated’ MelitopolAfter destroying Mariupol, Russia offers its victims money but only if they agree to blame Ukraine Russian invaders fire on evacuation buses, abduct driver for propaganda video Russia plans total ‘filtration’ of Mariupol men and forced ‘mobilization’Russia destroys Mariupol and tries to get illegally deported residents to move to Siberia
• Topics / Freedom of expression 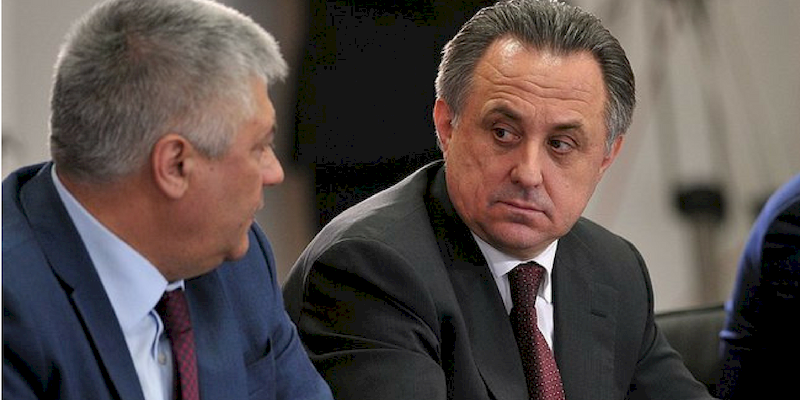 This Tuesday, the news broke that the International Olympic Committee (IOC) decided to sanction Russia’s participation in the 2018 Winter Olympic Games. The Olympic scandal is a reminder of two things: That Russian authorities do not shy away from systematically breaking fundamental rules in sports, in media and in international relations; but also that Russia is facing more and more consequences for these actions.

When Russian military forces occupied the Ukrainian peninsula of Crimea in March 2014, while wearing uniforms without insignia, Russia broke international law and violated a series of international agreements; but Russia also broke the basic rule that a soldier must identify himself as a soldier. The operation bought Russia time by creating some initial confusion about who the “little green men” were; however, when clarity was reached, Russia faced sanctions from the side of the international community – on top of the non-recognition of the illegal annexation of Crimea.

Russian authorities use the media they control, and influence those media which are loyal to them, to systematically spread disinformation. The disinformation aims at creating confusion and rifts – in foreign societies as well as in Russia. What is designed to look like journalism and traditional government communications comes with a fundamental acceptance of not having to tell the truth. This is what makes the pro-Kremlin disinformation campaign different from other cases when governments exercise “soft power” or push an agenda; the Russian campaign’s distinctive feature is its willingness to break the fundamental rule in any communications that one can perhaps be selective with the truth but cannot deliberately manipulate facts, fabricate evidence or simply lie. Russia has faced consequences for this, most recently in the form of seeing its international flagship, RT (Russia Today) sanctioned as a “foreign agent” in the United States. The European Union responded to the Russian disinformation campaigns by setting up the East StratCom Task Force in September 2015.

Just as is the case with disinformation, i.e. the strategic use of “fake news,” government-sponsored doping demonstrates disrespect of rules at a strategic level – in this case the rules of sports and competitions. Faking your way to a medal is not very different from faking your way to a land grab, or from faking the truth in news reporting. This week, The International Olympic Committee joined the voices in the international community that stand united in making it clear that these policies and actions come at a cost for Russia. International response to the violations has limited Russia’s freedom to act with these schemes and inflicted reputational damage on Russia’s authorities.

COMMENTARY: Means, goals and consequences of the pro-Kremlin disinformation campaign

Three things you should know about RT and Sputnik

A compass for the jungle of conspiracies (on Olympic doping)