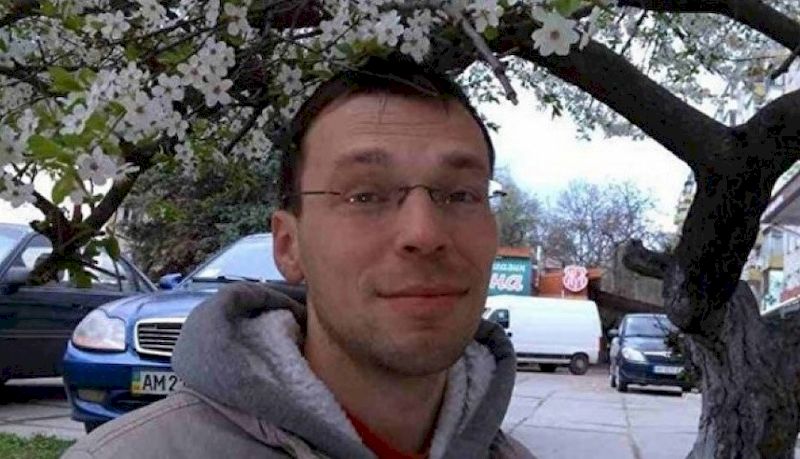 Serhiy Tomilenko, head of Ukraine’s National Journalist Union, has long expressed doubts about Muravytsky’s detention and trial.  In a recent interview given to Hromadske Radio, he explained that the charge brought against Muravytsky that he concluded an agreement with ‘Russian Today’ is more than problematical. “From the legal point of view, the fact of reaching such an agreement is not a crime as economic relations with Russia are not banned.  There is nothing that pertains to state treason in that agreement.”, Tomilenko believes.

As reported, Muravytsky was arrested by the SBU, Ukraine’s Security Service on 1  August 2017 and has been held in SBU custody ever since.  He is charged under four articles of Ukraine’s Criminal Code: with state treason (Article 111 § 1); encroachment upon Ukraine’s territorial sovereignty and integrity (Article 110 § 2); deliberate actions aimed at inciting ethnic, racial or religious enmity (Article 161 § 2) and involvement in a terrorist group or organization (Article 258-3  § 1).  The state treason charge carries a sentence of up to 15 years’ imprisonment.

Ukrainian News published the document in which the SBU inform Muravytsky that he is under suspicion.  Some very strong allegations seem to be made, at least in terms of Muravytsky’s intent.  The document asserts that the pre-trial investigation has established that from the beginning of 2014 until October 2016, Muravytsky acted consciously “to harm Ukraine’s sovereignty, territorial integrity and inviolability; its state and information security”.  He was purportedly “governed by ideological, political and mercenary motives and aiming at overthrowing the current, legislatively established state and constitutional order”.

Such intent would certainly be bad, but the proof seen in how the intent translated into action is surely problematical. He is accused of having “provided ‘Russia Today’ and individual Russian citizens assistance in carrying out subversive activities against Ukraine by creating and circulating through the Internet publications containing elements of psychological manipulation of public awareness aimed at inciting national, inter-ethnic and social enmity and hatred.”

According to Tomilenko, the only evidence to substantiate these charges lies in the agreement between Muravytsky and ‘Russia Today’, which may seem morally reprehensible to many of us, but is not illegal.  There are also, of course, the journalist’s numerous publications and interviews to the pro-Russian and pro-Donbas militant network News Front, yet where does the constitutionally guaranteed right to freedom of expression end and ‘state treason’ begin?

Tomilenko’s colleague from the National Journalist Union, Valery Makyeev , notes that Muravytsky is being tried “according to wartime laws” despite the fact that Ukraine has never declared war.  The military conflict in Donbas remains the so-called ‘Anti-terrorist operation’ or ATO.

The Verkhovna Rada on October 5 passed in its first reading a Law on Reintegration of Donbas, which includes the concept of aggressor state (presently recognized only in a Rada resolution).  At present, however, trading with Russia, including but not confined to energy sources, is on the increase, and there has been no cessation in diplomatic relations..

This lack of clarity as to the real nature of the military conflict in Donbas which Makyeev says is linked with pressure from the International Monetary Fund causes other problems. The Russian-backed self-proclaimed ‘republics’ are holding a large number of Ukrainian soldiers prisoner who do not, however, formally have PoW status and the guarantees in international law that this entails.

The lack of legal definition is never taken into account when ‘wartime practice’ is cited to justify prosecuting journalists and bloggers for contentious utterances.  Such inconsistency means that a contract of employment where contentious utterances are involved is treated as state treason, while other forms of business are not.

The SBU has already tried one such prosecution against Ivano-Frankivsk blogger Ruslan Kotsaba.  This gave quite unwarranted attention to Kotsaba’s video against mobilization and resulted eventually in his acquittal at appeal stage, though the acquittal was unfortunately revoked at the beginning of June 2017.

Kotsaba’s activities and pronouncements, in full keeping with the position taking by the Kremlin, regarding the military conflict were profoundly offensive to many, but the charges aroused deep unease, and later resulted in Amnesty International declaring Kotsaba Ukraine’s first post-Maidan prisoner of conscience.

Muravytsky has now spent almost six months in detention, with the case arousing similar concern.  The situation does seem rather more complex than the New York-based Committee to Protect Journalists recognizes.  On August 28, it demanded that Ukraine release him and “stop dividing journalists into patriotic and unpatriotic, and instead reiterate the critical role of journalists in a democratic society to hold public officials accountable."

Russia’s propaganda machine became a toxic part of its aggression against Ukraine from 2014 onwards.  The reaction of media watchdogs when Ukraine expelled so-called journalists who were engaged in Russian state-sponsored war-mongering and distortion of facts often seemed oblivious to the grave existential danger the country was facing.  Measures to combat lies and distortion do not necessarily equate to censorship or unreasonable restrictions, however any prosecution must be based on recognizable and proven offences, with the charges appropriate for a democratic society.  At present, the prosecution of Muravytsky, like that of Kotsaba, does not meet those demands.