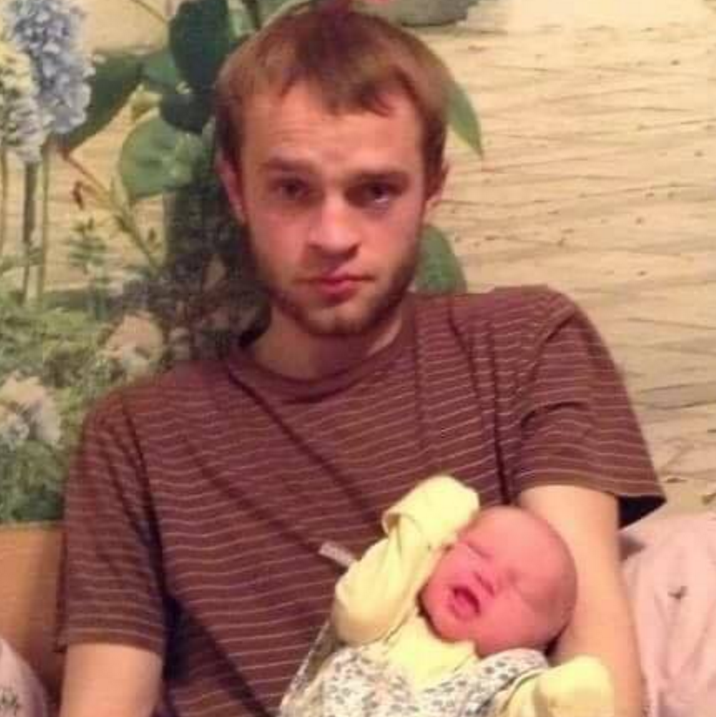 Ukrainian political prisoner Vadim Siruk has been beaten up by Russian OMON police just a week after lawyers received reports that he and human rights activist Emir-Usein Kuku had been subjected to torture. Siruk, Kuku and four other Crimean Muslims are being taken ‘for trial’ to Rostov in Russia, with such journeys often used as a way of putting pressure on prisoners.

Local human rights monitors managed to see Siruk after the first reports and received partial confirmation, though probably only in relation to him, not Kuku.  He had been taken away from the others, and subjected to some kind of particular ‘search’, where they deployed guard dogs and during which one of the guards probably ill-treated him.  It is unclear how openly Siruk could talk to the rights activists, and whether he told them everything.

Emil Kurbedinov now reports that Siruk was beaten around the head and arms, and believes that this was in retaliation for the publicity the early torture received.  He is convinced that this was the latest “attempt to break political prisoner Vadim Siruk and the others”

Kuku has arrived in Rostov, together with Muslim Aliev; Enver Bekir; Refat Alimov and Arsen Dzhepparov.  There is no information as to why Siruk has been held in the Krasnodar SIZO [remand prison].

Vadim Siruk is 28 and the only one of the six men who is not a Crimean Tatar.  If Emir-Usein Kuku and Muslim Aliev were probably targeted for their human rights or civic activism, Siruk’s mother and many others are convinced that Siruk was arrested as an ethnic Ukrainian convert to Islam.

Siruk, Kuku, Aliev and Bekirov were arrested on February 11, 2016 after gratuitously violent and armed searches of their homes.  Siruk’s wife, Anna Bogacheva, was then expecting the couple’s second child.  She has recounted how the FSB burst in, together with men waving machine guns and, in typical breach of the law, with their own ‘witnesses’.  One of the latter was a person who had previously tried to foist his company on Siruk.  He now served the FSB not only as formal witness of the search, but as ‘expert’, assessing the couple’s books.

Nothing ‘prohibited’ was found in any of the homes, yet the four men were taken away and have been imprisoned ever since, as have two younger men – Alimov and Dzhepparov, arrested in April 2016.

All six men are charged solely with ‘involvement’ in Hizb ut-Tahrir.  Russia has never provided any grounds for its 2003 decision to label this peaceful pan-Islamist organization ‘terrorist’, yet FSB officers regularly get promotion for such criminal trials and horrifically long sentences.  No real proof is ever required, with the testimony of dodgy ‘secret witnesses’ never challenged.

All those imprisoned merely for such alleged involvement are recognized as political prisoners by the renowned Memorial Human Rights Centre.  The breach of the men’s rights is even more brazen in occupied Crimea where Russia has no right to apply its legislation.

The ‘trial’ is to take place at the Rostov Military Court which has already illegally sentenced four Crimean Tatars to long sentences on the same charges.  Justice is not to be expected, but it is vital to give as much publicity to this farce as possible.

Muslim Aliev, a highly respected member of his community and father of four, has been designated ‘organizer’ and faces a sentence of from 15 to 20 years under Article 205.5 § 1 of Russia’s criminal code (organizing a group declared terrorist), while the other men are accused of ‘involvement’ (Article 205.5 § 2) with this carrying sentences from 10 to 20 years.

In January 2017, the prosecution suddenly laid new charges against all six men of “attempting violent seizure of power in Russia’ with this carrying a near-guaranteed 8-year increase in sentence (from 20 years to life).

Siruk has openly spoken during the court hearings about the fabricated nature of the prosecutions and the attempts to put pressure on the men to provide ‘confessions’.  He accuses the FSB of pushing a ‘horror story’, trying to present Crimean Tatars, the indigenous people of Crimea as ‘terrorists’.  The FSB, he added, were deliberately circulating false rumours, claiming that weapons arsenals had been found in the homes of Muslims who were thus supposed to be viewed as dangerous criminals.

All these so-called ‘Hizb ut-Tahrir’ trials are cynical, however this one has been particularly shocking from the outset.  As well as doubts about the motives for Siruk’s arrest, there is effectively no doubt at all about the political motives in the case of Emir-Usein Kuku, who had faced harassment and a sinister attempted abduction since he began active human rights work.  The same is probably also true of Muslim Aliev, and it seems very likely that Arsen Dzhepparov is imprisoned because of his refusal to collaborate with the FSB. Pressure has been put on the men and their families, with the FSB not stopping even at terrorizing children.

PLEASE WRITE TO THE MEN

This sends an important message to both them and to the Kremlin and helps ensure the men’s safety.

Letters need to be in Russian and on ‘neutral’ subjects.  If that is a problem, the following, perhaps with a photo, would be fine.

The address is the same each time – please add the particular person to each envelope (the year of birth is needed).

(then the same address for each of the other men)